The Cat's Table by Michael Ondaatje

Book review: The story of the observations and adventures of three young passengers en route to England — and adulthood — from their South Asian homes 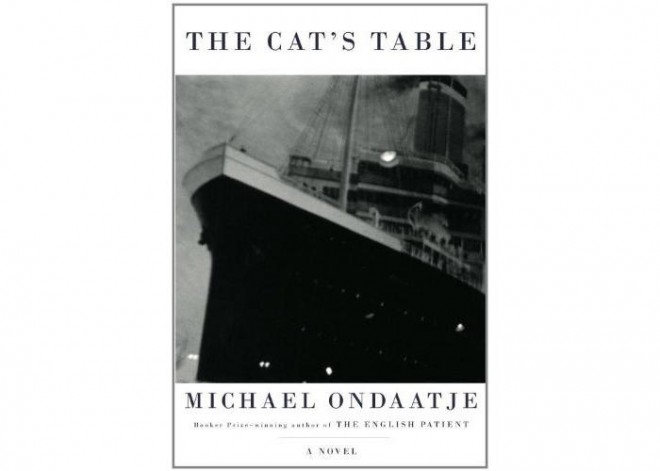 Three young passengers sneak onto a lifeboat, snacking on stolen chocolate bars and watching the mysterious adult world around them. Their South Asian home lies behind the ship’s wake; ahead of them are their new adult lives as immigrants in England. But until they dock, that future is as distant as the shore and the ship is theirs: a strange world filled with curses, criminals and adventure aplenty.

Michael Ondaatje’s new novel, The Cat’s Table, is one of the most hotly anticipated books to hit shelves this year. The tale’s protagonist, Michael, 11, is travelling without his parents and quickly befriends mischievous Cassius and quiet, asthmatic Ramadhin, two boys who are around the same age. They also meet an eclectic group of adults, some of whom sit with them at “the cat’s table” in the dining room, so called because it is “the least privileged place,” far removed from where the captain sits. From this vantage point, the boys see everything, escaping adults’ scrutiny, sneaking in among the ship’s workers and passengers segregated by class, by turns curious about and oblivious to the adult world that surrounds them.

Ondaatje’s prose is as fluid and poetic as ever, and The Cat’s Table feels intensely personal. The author shares not only a first name with his protagonist, but a history: both left Ceylon in the early ’50s for England in boyhood; both, as adults, became writers who found their way to Canada. Ondaatje concedes that “the novel sometimes uses the colouring and locations of memoir and autobiography,” but it is, he insists, a work of fiction; exactly how much is memory and how much is invention is up to the reader to imagine. But for the fictional Michael, this period and these people will always remain central; his account is tender and wistful. “We all have an old knot in the heart we wish to loosen and untie,” Ondaatje writes.

For the young Michael and his friends, the trip proves to be a defining experience: 21 days, at the cusp of maturity, separating their childhood from the adults they will become. Their story — with its secrets, games and new adventures — is compelling and a worthwhile voyage for any reader.