Exclusive excerpt from The Boston Girl

A grandmother relates her story of growing up with Jewish immigrant parents in early 20th-century America. 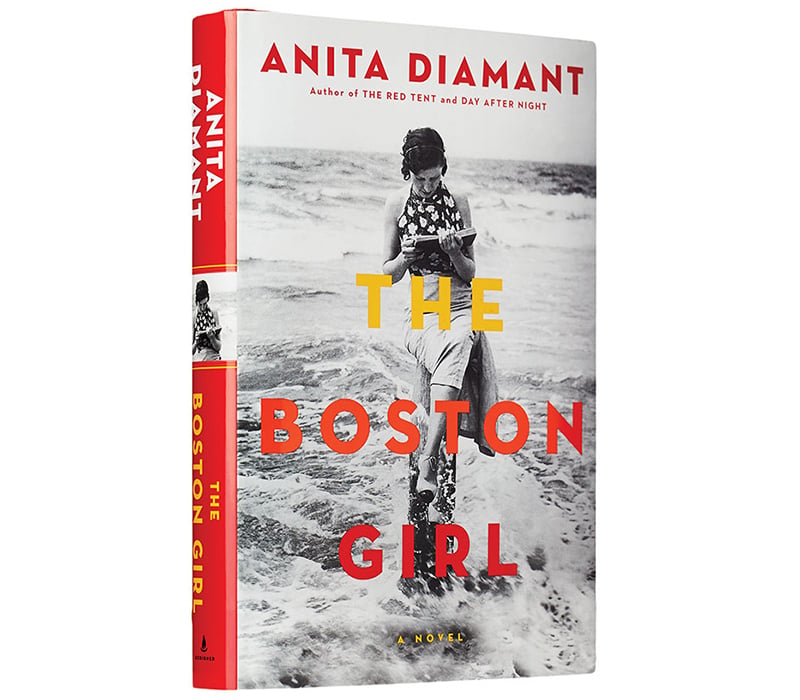 Where I lived in the North End when I was a little girl wasn’t so quaint. The neighborhood smelled of garbage and worse. In my building to go to the bathroom, we had to walk down three flights from our apartment to the outhouses in back. Those were disgusting, believe me, but the stairways were what really scared me. At night, you couldn’t see your hand in front of your face and it was slippery from all the dirt and grease. One lady broke a leg on those steps and she never walked right again afterward.

In 1915, there were four of us living in one room. We had a stove, a table, a few chairs, and a saggy couch that Mameh and Papa slept on at night. Celia and I shared a bed in a kind of narrow hallway that didn’t go anywhere; the landlords chopped up those apartments to squeeze in more people so they could get more rent. The only good thing about our place was that we had a window that looked out on the street so there was a little light; a lot of the apartments faced the air shaft, where it was always the middle of the night.

Mameh didn’t like it when I looked out the window. “What if someone saw you there?” she’d say. “It makes you look like you have nothing better to do.”

I didn’t understand why it bothered her but I kept my mouth shut so I wouldn’t get a smack.

We were poor but not starving. Papa worked in a belt factory as a cutter and Celia was a finisher at a little shirtwaist factory upstairs over an Italian butcher shop. I don’t think we called it a sweatshop back then, but that’s what it was. And in the summer, it was steaming hot. When my mother wasn’t cooking or cleaning, she was mending sheets for the laundry across the street. I think she got a penny apiece.

Together, they made enough money for rent and food. Mostly I remember eating potatoes and cabbage, and I still can’t stand the smell of cabbage. Sometimes Mameh took in a boarder, usually a man right off the boat who needed a place to flop for a few nights. I didn’t mind because she didn’t yell so much if one of them was in the house, but they made Celia nervous.

Celia was “delicate.” That’s what Mameh called her. My sister was thin and had high cheekbones like my father, blue eyes, and fine brown hair like him, too. She would have been as pretty as the drawings in the magazines, but she was so shy that she winced when people talked to her, especially the men Mameh pushed at her.

Celia didn’t like to go out of our house; she said it was because her English was so bad. Actually she understood a lot but she wouldn’t talk. My mother was like that, too. Papa managed a little better, but at home we only spoke Yiddish.

When Mameh talked about Celia to the neighbors, she said, “Twenty-nine years old already,” like it was a death sentence. But in the next breath she’d brag, “My Celia has such golden hands, she could sew the wings on a bird. And such a good girl: modest, obedient, never gives me any trouble.”

I was “the other one.” She never talked about Betty at all.

“The other one is almost sixteen years old and still in school. Selfish and lazy; she pretends like she can’t sew.” But I wasn’t pretending. Every time I picked up a needle I stabbed myself. One time, when Mameh gave me a sheet to help with her sewing, I left so many little bloodstains she couldn’t wash it out. She had to pay for the sheet, which cost her I don’t know how many days of work. I got a good smack for that, I can tell you.

You wouldn’t know Celia and I were sisters from looking at us. We had the same nose—straight and a little flat—and we were both a little more than five feet. But I was built like my mother, solid but not fat, and curvy starting at thirteen. I had Mameh’s thin wrists and her reddish-brownish hair, which was so thick it could break the bristles on the brush. I thought I was a real plain Jane except for my eyes, which are like yours, Ava: hazel, with a little gold circle in the middle.

I was only ten years old when my oldest sister, Betty, moved out of the house. I remember I was hiding under the table the day she left. Mameh was screaming how girls were supposed to live with their families until they got married and the only kind of woman who went on her own was a “kurveh.” That’s “whore” in Yiddish; I had to ask a kid at school what it meant.

After that, Mameh never said Betty’s name in public. But at home she talked about her all the time. “A real American,” she said, making it sound like a curse.

But it was true. Betty had learned English fast and she dressed like a modern girl: she wore pointy shoes with heels and you could see her ankles. She got herself a job selling dresses downtown at Filene’s department store, which was unusual for someone who wasn’t born in this country. I didn’t see her much after she moved out and I missed her. It was too quiet without Betty in the house. I didn’t mind that there was less fighting between her and Mameh, but she was the only one who ever got Celia and my father to laugh.

Home wasn’t so good but I liked going to school. I liked the way it felt to be in rooms with tall ceilings and big windows. I liked reading and getting As and being told I was a good student. I used to go to the library every afternoon.

After I finished elementary school, one of my teachers came to the apartment to tell Mameh and Papa I should go to high school. I still remember his name, Mr. Wallace, and how he said it would be a shame for me to quit and that I could get a better job if I kept going. They listened to him, very polite, but when he was finished Papa said, “She reads and she counts. It’s enough.”

I cried myself to sleep that night and the next day I stayed really late at the library even though I knew I’d get in trouble. I didn’t even want to look at my parents, I hated them so much.

But that night when we were in bed, Celia said not to be sad; that I was going to high school for one year at least. She must have talked to Papa. If she said something was making her upset or unhappy, he got worried that she would stop eating—which she did sometimes. He couldn’t stand that.

I was so excited to go to high school. The ceilings were even higher, which made me feel like a giant, like I was important. And mostly, I loved it there. My English teacher was an old lady who always wore a lace collar and who gave me As on my papers but kept telling me that she expected more out of me.

I was almost as good in arithmetic, but the history teacher didn’t like me. In front of the whole class he asked if I had ants in my pants because I raised my hand so much. The other kids laughed so I stopped asking so many questions, but not completely.

After school, I went to the Salem Street Settlement House with a lot of the other girls in my grade. I took a cooking class there once but mostly I went to the library, where I could finish my schoolwork and read whatever I found on the shelves. And on Thursdays, there was a reading club for girls my age.

This is probably where the answer to your question begins.

“How did I get to be the woman I am today?” It started in that library, in the reading club. That’s where I started to be my own person.

See our review of The Boston Girl and Q&A interview with author Anita Diamant.