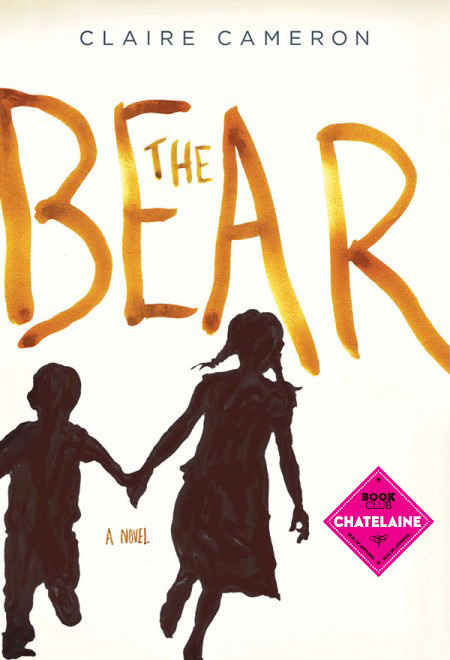 What it’s about: While on a camping trip in Ontario’s Algonquin Park, a family is attacked by a black bear. Five-year-old Anna is woken by the sound of yelling but thinks it’s her mother getting angry — she’s too young to understand her mother is being mauled. Anna’s father grabs her and her little brother and locks them inside a cooler to keep them safe. They survive; their parents do not.

Why we love it: With Anna as narrator, the novel explores our deepest fears from a child’s unique point of view. As her mother lies dying (Anna thinks she is resting), she instructs Anna to take her brother and paddle away in the canoe, but Anna can’t focus. She’s bickering with her brother, distracted by an overturned pot and unaware of the danger they’re in. Experiencing the tragedy through a five-year-old’s eyes takes some getting used to but is also part of the book’s brilliance: You become swept up in the children’s world and emotionally invested in their harrowing survival story. Anna’s a character who stays with you long after you’ve put the book down. (And you won’t be able to put it down until the end, so prepare for a couple of sleepless nights.) This is a thrilling and utterly captivating tale.

The inspiration: Claire Cameron was a camp counsellor leading canoe trips in Algonquin in the early ’90s. During that time, a black bear killed two adults in a rare predatory attack. “We would gather around the campfire at night and trade the few details we knew,” says Cameron. “It felt like hearing ghost stories, and they haunted me.”

1. How we use fiction to confront our darkest fears and cope with loss.

2. Children’s instinctive ability to survive and the complexity of sibling relationships.

The Bear, Claire Cameron, $23. Want a chance to get a copy of the book? We’re doing a Twitter giveaway on February 11th at 12pm EST!

On writing: “I originally wanted to be a rock star and thought my biggest obstacle was that I like to go to bed at 9:30 p.m. Then I discovered larger ones: namely, that I sing like I’m still in a choir and am quite bad at the guitar. After much frustration, all I had was one halfway decent song called ‘Painting Lines.’ I knew my typing was better than my strumming, so I started to write. That song became my first book, The Line Painter.”

What’s next: “I wrote three novels between my first book and this one. I call them my dead books. I needed to write them in order to learn. I’m back to writing, researching and experimenting with voices. But I guess what I’m working on is trying not to write any more dead novels before I come up with one that’s worthy.”