A rousing tale of romance between mysterious spies. 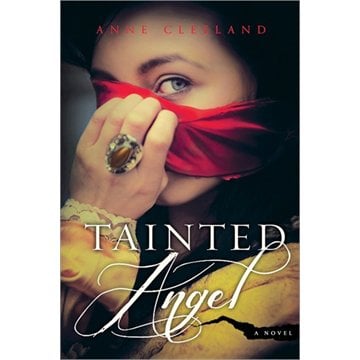 Napoleon may be in exile, and the war between France and England over, but affairs of state are anything but secure. As concerns grow that Napoleon is plotting another conquest, the British Home Office mounts an investigation into the disappearance of gold shipments. Enter Vidia Swanson, a brilliant, gorgeous, sweet-talking “angel” (think pistol-packing assassin, without the immediate inclination to kill). Hired by the government to gather secrets from powerful men, Vidia plays her own dangerous games, palling around with possible enemies of the state. Could she be colluding against the Crown, too? Here’s what we know: She’s attracted to a fellow spy with secrets that rival her own. Can he be trusted? Does he suspect she’s a double agent?

Part steamy romance, part exhilarating thriller, this swashbuckling debut will take you on a wild ride across England, where beautiful courtesans, shadowy spys and cunning code breakers are anything but what they seem. The characters may be reluctant to expose their true selves, but the grand reveal — an artful showdown involving Napoleon’s spymaster — will leave you in awe of Anne Cleeland and how she pulls it all off.