A hidden friendship between a young girl and a slave 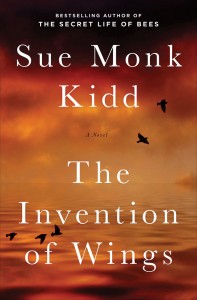 On Sarah Grimké’s 11th birthday in 1803, her mother gives her what was then a suitable present for a girl of Sarah’s standing: a lady’s maid. Despite Sarah’s best efforts to release the young slave, named Handful, her family — and society — forbid it. Instead, the pair develop a bond that transcends race and class and is sustained long into their adult lives.

In this adaptation of the true story of abolitionist Sarah Grimké, the juxtaposition of Sarah’s virtual prison — she’s confined by the trappings of society and banned from reading and studying — with Handful’s actual captivity is riveting. Both women bravely struggle to liberate themselves despite the dangers. Sarah eventually leaves her family, particularly her stifling mother, to become a Quaker. She shares her anti-slavery and feminist views, while Handful quietly readies herself to run away — or die trying.

Sue Monk Kidd, author of the bestselling novel The Secret Life of Bees, paints a vivid picture of the Deep South during the time of slavery, but more remarkable is the relationship she creates between two very different protagonists with one common goal: freedom. – Katie Dupuis

The Invention of Wings, Sue Monk Kidd, $30, Indigo and Amazon.