How I Left My Stalker

People paint a picture in their heads when you say the words 'abusive partner,' writes Julie S. Lalonde in her new book, 'Resilience is Futile.' There was a time she could paint it, too. 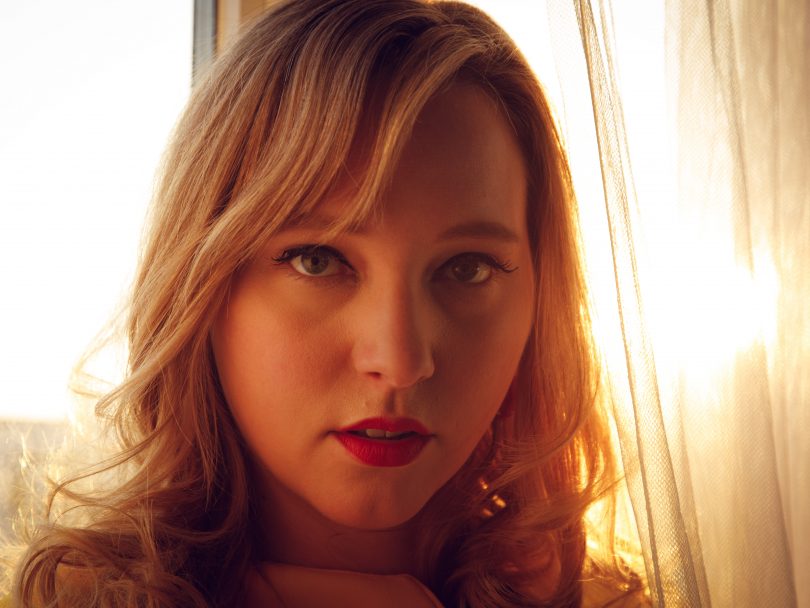 When you tell people that your boyfriend was abusive, they paint a picture in their head. I know that picture because there was a time when I could draw it, too. We think that image keeps us safe. If we can just avoid men like that, we’ll be okay.

Xavier became abusive. Xavier became a rapist. But the summer I fell in love with him, just after high school graduation, he was none of those things. I was under no illusion our fling was a “forever” thing. I had recently broken up with my high school boyfriend so I could move away and spread my wings.

I threw myself a big going-away party at a campground and invited all my friends. Later that night, Xavier burst into tears. He pleaded with me not to end things. “We can make it work, Julie. We can make it work.” I had already hurt one man that summer. A man I had loved. I didn’t have it in me to break another heart. But he wore me down and eventually, I said we could try. “Let’s see how things go until Thanksgiving.” My gut told me it was a terrible idea, but he looked so relieved.

A few days later, my brother and I packed up all our belongings, I grabbed my cat, and we hit the road. Moving to Ottawa. Going to university. It was the Summer of Julie after all!

I loved school immediately, but Xavier felt like he had been left behind. I was having fun, meeting people, and becoming my own person, independent of the shadow of my big brother, the superstar athlete. I wasn’t someone’s kid sister. I wasn’t everyone’s favourite designated driver. I wasn’t Xavier’s girlfriend. In Ottawa, I was seen as just another first-year student.

Within the first month I was away, Xavier visited more than once. After every visit, Xavier left in tears and insisted he couldn’t live without me. We were chatting via webcam one night when he told me he needed to move to Ottawa to be with me. I panicked. I loved him, but I needed my space. I had school! I didn’t need the distraction. But Xavier wore me down until I thought of a perfect excuse. “My parents won’t let me move in with you. They always said people shouldn’t live together unless they’re at least engaged. It’s a bad omen for relationships.”

I felt like I had bought myself some time. Until I came home for Thanksgiving and was presented, quite unceremoniously, with a ring. Xavier soon showed up at my doorstep in Ottawa.

Few of my friends made their dislike of Xavier known to me. And even when they did, it was less “Xavier is abusive” and more “He’s so obnoxious—what do you see in him?” It wasn’t like people were pulling me aside and telling me to leave him. A tiny voice inside me knew Xavier wasn’t as nice to me as he should be. But I felt stuck.

Xavier spent months chipping away at me. He took any opportunity to criticize me, put me down, or make me question myself. He found me a job selling shoes for minimum wage at the mall where he was working. It was how I had spent my high school years, so I was grateful for the easy job, but I soon realized it was just another way to monitor me. He read my emails and all my diaries, and made no secret of any of it.

When the person you love makes every word a battle, you learn to acquiesce to maintain your sanity. Too exhausted to bother fighting back, you resign yourself to the fact that they’re going to win anyway. Xavier never needed to use physical force. He had so diligently chipped away at my resolve that he knew he didn’t have to. I would always comply eventually.

One night, I really did try to stand up for myself. He had said something mean, I don’t remember, what. But I remember thinking, I’m not going to take this one. We went to bed angry and I assumed we would sleep it off; we did that often. But Xavier started to undress me and I stiffened. I lay there, frozen in place, and felt myself drift away. Acquiesce and it’ll be over sooner. But despite my best attempts not to, I started crying.

I vividly remember lying there, quietly sobbing, with my hand on the wall, knowing my brother was on the other side of it. In my mind, I was screaming. If only I wasn’t such a pushover, I could scream and he would come and save me. Somebody save me. Somebody see me. But all I did was lie there and cry. I was motionless with Xavier’s weight on my chest, tears streaming quietly down my face.

When he was finished, he said, “I shouldn’t have done that.” And despite the fact that we slept in the same bed every night, he sent me an email a few days later to apologize. He never called it rape, but he did have the audacity to reference a sexual assault I had experienced as a young girl and how he felt awful for doing the same thing. He would hurt me several more times but never again bother to apologize.

On a hot July weekend in 2005, Xavier went away for a family reunion. The news that he was going away for a long weekend without me brought me relief. A few days of peace and quiet will do me some good, I thought. Maybe some time apart will do us some good.

Long before we had the option to distract ourselves with Netflix, I would throw on a DVD of SpongeBob SquarePants whenever I was stressed or wanted to shut my brain off. But my attempts to zone out that night were squashed when I realized my DVDs weren’t in the cabinet. I called Xavier to ask about them, and he told me he’d lent them to Jessica, a pretty brunette who worked at the Dollar Store across from his kiosk at the mall. Xavier never let me go anywhere without him, but he was suddenly spending hours chatting with her and making plans to hang out after work. That’s when I knew that my suspicions were correct and that he had been cheating on me.

That was my line in the sand. To make matters worse, Xavier had left on the last weekend of the month and had “forgotten” to give me his half of the rent. I called my dad in tears, begging him to lend me money. I don’t remember if I mentioned the cheating, but I clearly said something that broke him, because he told me that I needed to leave Xavier. “You need to leave while he’s gone. It’s the only way. We always knew he was awful. You’re better than this. Pack up your stuff and go.”

I had no money. I couldn’t even afford all of our rent. It was dinnertime on a Sunday and Xavier was to be back in twenty-four hours. How was I going to pull this off?

I called every friend I had and pulled together a plan. I worried that I would need to justify leaving Xavier at all, let alone hastily in the middle of the night. But no one questioned it. They just showed up. Within the hour, I had four friends, a pile of boxes, and a truck and a trailer.

Riding a rollercoaster of emotions, I made the decisions, big and small. One moment, I’d find a photo of us and happily tear it up as my friends cheered me on. The next, I’d find a gift he had given me and collapse on the floor, sobbing uncontrollably.

That night was a condensed version of our entire relationship, a microcosm of our extremes. Xavier and I had the highest of highs and the lowest of lows. We loved deeply and wildly, but when it was bad, it was the worst. We would be on top of the world and I would feel a sense of control over my life, and then the winds would change direction and Xavier would make things miserable. He lived to keep me off balance, always unsure of my next move.

But I loved him dearly. Xavier was the best kisser. He had a small frame but gave strong, soothing hugs. He wasn’t afraid to cry, hold my hand in public, or talk about his feelings—which is rare for a young, straight white guy. He told me every day that I was beautiful—and I believed him.

When the last box had been packed, I sat on the floor and wrote a note. I explained to Xavier that this was surely a shock to come home to and it was certainly not the ideal circumstance. But it was what I needed to do. I wrote that I was so, so sorry and to please, give me a few days of space and then I’ll contact you.

I grabbed my cat, put the last of my belongings in my Beetle, and drove through tears to my friend’s apartment. It was 6 a.m. when I landed on her couch, exhausted and spent.

Leaving Xavier felt so final. I had no idea that the days, months, and years after I left would be far worse than any of the darkest times we’d spent together. 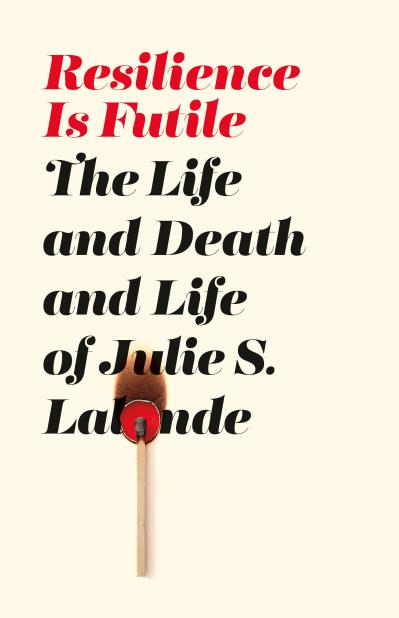 Adapted from Resilience is Futile: The Life and Death and Life of Julie S. Lalonde, by Julie S. Lalonde © 2020. Published by Between the Lines Press. Reprinted with permission of the publisher.