Would the real Mr. Darcy please stand up?

As reported by the Guardian, for the first time, experts have surmised what a “historically accurate” Fitzwilliam Darcy would have looked like. With the help of British illustrator Nick Hardcastle, academics drew upon the fashions and social customs of the 1790s to create the image below – and the result is a far cry from the dark-haired, broad-shouldered, square-jawed Darcy we know and love.

According to John Sutherland, professor emeritus of English literature at University College London and historian Amanda Vickery of Queen Mary University of London, refined gentlemen from Jane Austen’s era would not have had broad shoulders, muscular features and a square jaw because these were typically attributes of a hardworking labourer.

Instead, the mysterious literary heartthrob would have had a pale, youthful complexion, pointy jaw, slender shoulders, a long nose and the worst part – powdered white hair. However, historically accurate Darcy would have had large quads, thighs and calves because gentlemen of the era often participated in horse riding and fencing. 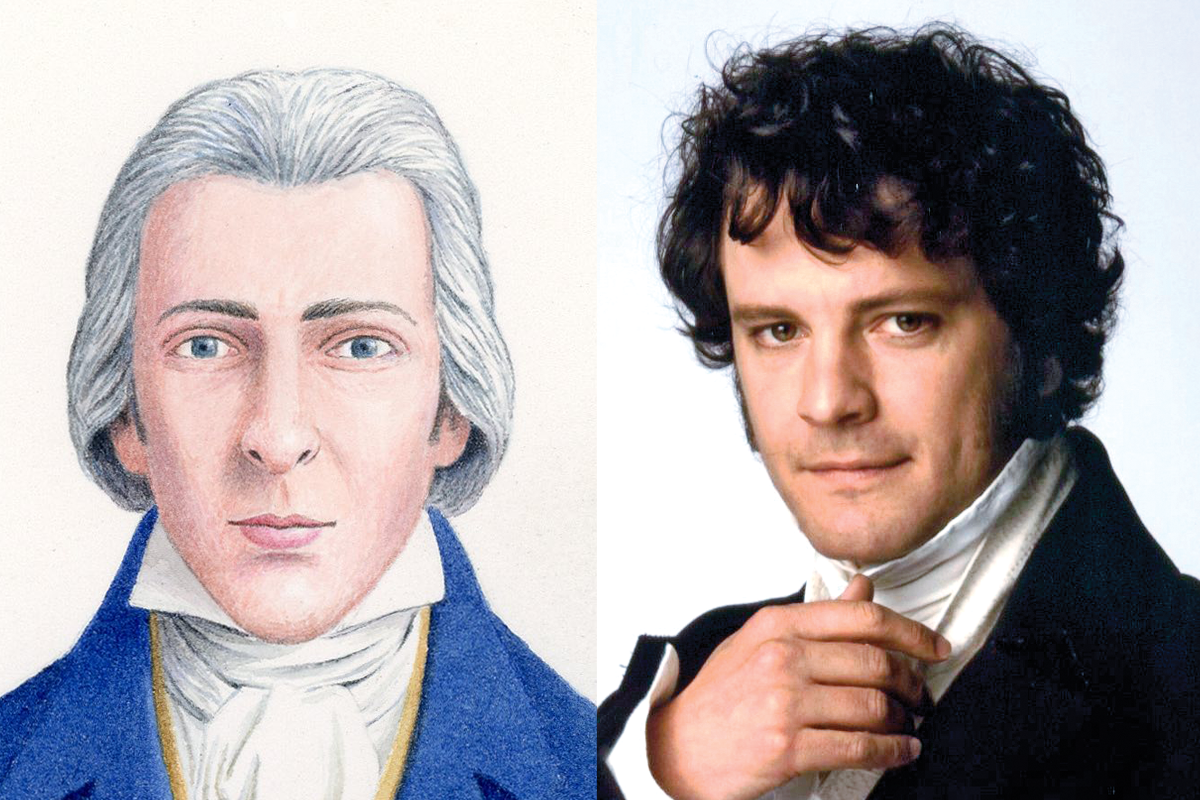 More:
Le Creuset’s newest colour is… oyster!
6 easy ways to cut sugar from your diet — and still be happy
What if every single woman went on strike for a day?