Gone Girl has swept readers everywhere off their feet with its narrative blend of thriller and astute psychological study. Gillian Flynn spoke with Chatelaine about the inspiration behind the book, the role artifice plays in relationships, the dark side of marriage, and what truly scares her. 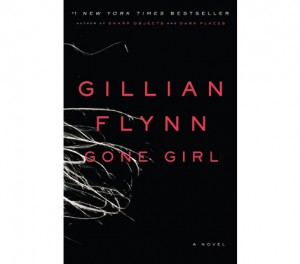 Gone Girl has swept readers everywhere off their feet with its narrative blend of thriller and astute psychological study. Gillian Flynn spoke with Chatelaine about the inspiration behind the book, the role artifice plays in relationships, the dark side of marriage, and what truly scares her.

How long did it take you to write the book?

It took me almost three years, probably. I must factor a maternity leave with our son somewhere in there, so it’s hard to be exact, but let’s go with almost three years! I’m not the quickest writer in the world, but I get there sooner or later. Although I would not recommend giving birth in the middle of a first draft. Slows down the momentum considerably.

What made you want to become a writer?

My parents were both community college professors — my dad taught film and my mom taught reading, so I was lucky to grow up in a house where stories were very valued. Listening to stories, telling stories, debating stories, making sense of life through stories. I was also an incredibly shy kid, so I read a lot. The idea of being a writer came to me very early on.

What was the first story you ever wrote?

I had this great third-grade teacher who really encouraged me to write stories (Thanks, Mr. Kiel!), and at the time I loved the Little House on the Prairie books. So I wrote a short story very grandly entitled “To the Outhouse.” It was about a little pioneer girl who has to journey to the outhouse in the middle of the night, and once there she is surrounded by wolves. The story was all about the little girl trying to find the courage to race back to the cabin. If I remember correctly, she finally made a break for it and the wolves got her. The first inkling of my dark side.

What inspired you to write this novel?

My first two novels, Sharp Objects and Dark Places, had very lonely narrators — people who couldn’t connect to others in any genuine way. So I had explored the geography of alienation and isolation quite thoroughly and wanted to go in the opposite direction. To feature two characters who were thoroughly entwined with each other: a husband and wife. To explore the dark side of marriage. To take that old saying: Who knows what really goes on in other people’s marriages, and give it a bit of a twist: Do we really know what goes on in our own marriages?

Was it difficult to jump back and forth from a male to a female perspective? And write in a male voice?

It was actually really fun for me. I wanted the book to feel like a he said-she said story. I wanted the readers to feel they were in a very dark war between two friends, and when you were with Nick, you were swayed by him and when you were with Amy, you were swayed by her. These are two very smart people who are narrating the book — they are writers who aren’t afraid to try to spin and manipulate you. They aren’t to be trusted, necessarily. So I had a really fun time, getting all wound up with Team Nick, and then switching over to Team Amy. I didn’t have trouble writing from a male perspective. Like Nick, I, too, dream of hanging around a bar all day and playing board games.

Did you actually write the book like that, flipping back and forth, or did you write all of Amy’s parts first and then all of Nick’s (or vice versa)?

I wrote the book like that. I have enough trouble keeping my thoughts organized without adding any extra challenges! So I tend to write in order. And, truth be told, it was probably healthier for me, mentally, to switch back and forth than to stay in Amy’s or Nick’s head for too long a time.

The plotting of Gone Girl was superb. What is your process? Do you outline everything to the nth degree?

Thank you! Plotting is not my strong suit. I usually start with an idea or themes or characters and then try to figure out a plot to support them. But this one had to be very plot-centric, or it would all crumble. I had to really keep on my toes. But I don’t truly start outlining till I’m pulling it all together. I like to give my characters a little room to roam before I block them in with too much plot. But, yes, then there was a LOT to keep track of. Not just who was where when, or who was telling what lie to whom, but chronology and timeline and tone. Whenever I’m reading and know I need to double-check something, I write it on a sticky note or index card and tape it to the wall of my office. It’s an astonishingly goofy filing system. By the end of writing Gone Girl, all the walls were covered with notes with words or phrases only I knew the meaning of: “Festiva — yes?” “Zima — when?” “Internet bubble?” I looked like a madwoman.

Two of the fascinating ideas Gone Girl presents are that you can never really know another person and that we make assumptions about everything. Why did you find these ideas interesting to explore?

I think it’s a very difficult time in which to be a genuine human being. A true, unique human being who reacts and thinks in a unique way. Because we are so incredibly saturated in pop culture — even if you’re not an avid consumer of TV or movies or the Internet or music, you are talking to people who are. So we echo the same lines of dialogue and we are being programmed to react in certain ways because we see it done so many times by actors. So if we can’t know for certain who we are, deep, deep down, how can anyone else know us?

Two people are in a relationship, and they each bring their own layers of accidental artifice to that relationship. We bring the roles we’re used to playing, we bring the roles we’d like to play, and we bring the roles that the other person casts upon us. We bring our own assumptions and life views. It’s incredibly complicated. I think that’s why couples get so crazy when they’re telling a mutual story and they each feel the other is telling it wrong. You know what I mean: The dinner-party story about an Amusing Event. And they start shrieking: “You’re telling it wrong, you’re telling it wrong!” I think it’s because deep down, that is actually a scary, shocking thing: My mate is relaying an event we both experienced, and he or she has a completely different take on it that I do! If we can’t even agree on a Funny Story About the Supermarket Checkout Lady, what else are we getting wrong about each other?

Have you ever met any truly psychopathic people?

Only semi-sociopathic people. And I try to shed them as soon as the mask of sanity slips.

What research did you do for the book?

A very kind cop from Kansas friended me on Facebook a few years ago after reading Dark Places, and I promptly punished him by asking him if I could run a “few questions” by him for my new book. He stuck with me for about 200 questions over the writing of Gone Girl. A great defense attorney also vetted the legal portions of the book. Otherwise, not much was necessary.

I do always try to do a road trip to remind myself of the feel of a region — I’m from Missouri, so it’s always a good excuse to circle back on home for a bit. So my mom and I took the Gone Girl road trip to Kansas City one July when I was eight months pregnant. Lots of photos of me looking very big, very sweaty and very happy along various parts of the Mississippi River. Then my husband flew down and we took the Gone Girl road trip back home to Chicago, and we have fewer photos because I was quickly realizing why eight-months-pregnant women don’t go on 20-hour road trips. Plus the car smelled entirely of Slim Jims at that point.

How have readers responded?

I have had so many great comments from readers, and it means a lot to me to hear from people. It makes it feel real to me. You spend a few years all alone in your weird little basement lair writing a book, and it can feel quite disconnected from the actual world. So I really appreciate hearing from readers. (Yes, even if you didn’t like the ending, I still appreciate hearing from you! And if you did like the ending, well, even better!)

Are there any characters in Gone Girl you identify with—or at least parts of them? If so, why?

I identify with every character to some degree. I think a writer has to have empathy for her characters first and foremost, so even if I might not want to sit down for a beer with them, I empathize with them. I do love Go. I knew that for readers to put up with Nick, he had to have a cool girl (which is not the same as a Cool Girl) vouch for him. So I’d definitely sit down and drink a little Whistlepig with Go.

What scares you most?

The screenplay for Gone Girl. Very fun to take apart the book I spent so long constructing and put it back together as a film. Like I said, my dad is a retired film professor, so my big dream is to get to take him to a film premiere of one of my books.

Who are your favourite authors?

Margaret Atwood, Stephen King, and Joyce Carol Oates are writers who made me want to write back when I was a student — they never fail to amaze me. Kate Atkinson, Zoe Heller, Kate Christensen, Dennis Lehane, Lionel Shriver, Karin Slaughter, Arthur Phillips, Laura Lippman, Martin Amis, Joy Williams. And of course, I must not forget my childhood favourites: Lewis Carroll, Madeleine L’Engle, Lois Duncan and Ellen Raskin.