Q&A with Barbara Mutch, author of The Housemaid's Daughter

Writer Barbara Mutch initially took the self-publishing route with her debut novel about the close friendship between a white woman and her housemaid's daughter in South Africa. 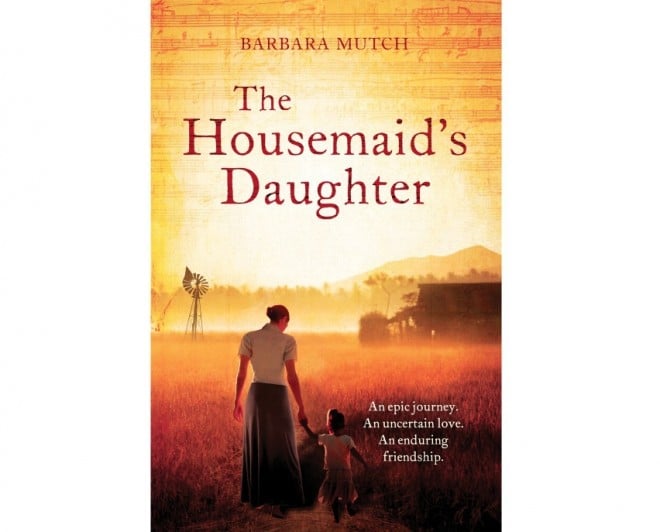 Writer Barbara Mutch initially took the self-publishing route with her debut novel about the close friendship between a white woman and her housemaid’s daughter in South Africa. “I’d sent the manuscript out to many agents in the past with no luck at all,” she says.

The story from there is the stuff of dreams. Mutch gave the book to an agent she met at a writers’ conference, who then sold the worldwide rights to a traditional publisher in England. From there, translation rights were sold to multiple countries, including Holland, Italy, France, Germany, Spain and China.

In an interview with Chatelaine, Mutch talked about the true-life inspiration for her novel, how the geography for her native South Africa informed the book’s themes, and what she found the most challenging aspect of writing it.

Q: This is your first novel. How long did it take you to write?
A: The book took six years to research and write, but the story had been in my mind for many years before I actually committed to writing it.

Q: You patterned Cathleen on your grandmother and stories she told you, and Phil on one of your uncles; what else in the book is shaped by personal experiences?
A: The music, certainly! I play the piano, and music has always been a strong influence for me. I felt that it could be a central part of the book, and a powerful means to bring characters together, whatever their background.

Q: When did you decide to turn the story of your grandmother’s experiences into a novel?
A: It has always been in my mind to create a novel from that initial fact of my grandparents’ migration, but I needed time to build a fictional story from that first seed… So although I wrote and researched for six years, I guess that the novel has probably been closer to 20 years in the making.

Q: How true-to-life are the experiences you portray in the book? Were they based in historical fact?
A: The book is a work of fiction! What happens to Ada and Cathleen and their families is a product of my imagination! Having said that, there are many people out there whose stories would resemble those of Cath and Ada… As regards the historical aspects, these are as close as possible to the truth. I wanted to portray the Karoo, where the book is set, and the events of the apartheid era, as accurately as I could.

Q: What was the most difficult part about writing the novel?
A: Finding Ada’s voice was the greatest challenge of the book. So much of the story is seen through her eyes that it was crucial to get it right. While her character and opinions were influenced by many people whom I met while growing up in South Africa, the key lay in finding a particular tone, and a way of looking at the world. Once I found these, the story began to flow.

Q: You’ve written on your website that you were concerned about the book’s reception by people in South Africa, about your “interpretation of a time in South Africa that still causes pain.” What was your main concern?
A: I think that people find it hard to look back, especially in South Africa. The past is still very close to all of us, it still has the ability to wound. I wanted to write a book that reflected both the country’s brilliance and its shadows, but in a way that was sensitive. I don’t know if I have achieved this, but I hope so.

Q: How has the book been received in South Africa?
A: So far, very well. But it is still too soon to assess because the book only came out recently.

Q: You’ve written the book from the point of view of a black South African; what apprehensions might you have had in that regard?
A: I was certainly apprehensive—I didn’t know if I had the ability to do Ada justice, but I was determined to try. The greatest challenge, as I mentioned above, was to find her voice; to tell her story in as sympathetic and accurate a way as possible, given that I had not lived a life such as hers, or survived alienation like she had. The research and the writing all played their part in creating her character but in the end it is the readers from all colours and backgrounds who will take Ada to their hearts or not.

Q: How would you sum up Cathleen and Ada’s relationship?
A: Cathleen and Ada are initially “mother and daughter,” and then in later life they become close friends. In her final letter to Ada, Cath says that their relationship has been a lifelong partnership—daughter, friend, confidante… and I think that says it all.

Q: What does Ada bring to their relationship and what does Cathleen bring?
A: Ada brings innocence, enthusiasm, loyalty, brilliance and a lifetime of devoted service. Cathleen brings kindness, gratitude and love, but overlaid with a strong sense of responsibility for Ada, and a certain amount of guilt that she sees in Ada the daughter she always wished Rosemary would be…

Q: Ada is a strong character, yet in many ways is naïve. Why was it important that she be so?
A: Ada is isolated as a child. She doesn’t go to school. She only knows Cradock House, the Irish family, and her mother. Because she has no companions of her own age (Phil is older), she has to make sense of the world on her own. She also has a lively intellect and imagination, as when she imbues inanimate objects with a life of their own, e.g. the piano carrying music inside itself. She retains this quality—this naiveté—even as she grows up, and it both endears her to us but also makes us fear for her when she challenges the status quo.

Q: Rosemary and Dawn are similar: they’re both willful, wayward children. But where one is kind, the other isn’t. Did you deliberately set out to make them the same yet different and, if so, why?
A: It was not done deliberately! Rosemary and Dawn rather went their own way, as characters. However, as the book developed, I could see that Rose’s wilfulness and Dawn’s wildness were connected, and I began to build that up.

Q: How is the setting, the Karoo, important as a reflection of what happens in the novel?
A: The Karoo is a spectacularly beautiful but harsh setting; the mountains, the heat, the dust, the drought, the floods. All these are indeed a vital reflection, a metaphor, for the action that takes place in the book. And also a reflection of some of the characters who populate the story.

Q: You self-published this book initially. Tell us how you landed a publishing deal with a publishing company, Headline.
A: I attended a writers’ conference in 2011 with my self-published book in the hope of attracting interest. In a stroke of immense luck, an agent did indeed spot the book, read it and loved it, and then represented me to my current publisher, Headline.

Q: What’s your writing process? Do you outline everything in great detail or just set out writing? Are there huge numbers of revisions? What are the differences between your self-published version and this one?
A: I needed to be able to get my arms around the story before I started. So I borrowed a technique from business, and created a huge mind map. This became a template, in a way, for the book. It also contained the personal history of each of the personal characters. I can’t say that all the characters and plotlines from the mind map survived into the final novel, but certainly it was a means to get me on the right track. I revised constantly! After each scene, after each chapter, after each historical segment of the book. There are very few differences between the two versions. The new book is slightly shorter, and one of the characters has had a name change, but that is about all.

Q: What is it about writing that compels you to continue?
A: I love creating stories.

Q: Who do you write for?
A: The Housemaid’s Daughter was initially written for my family, as a tribute to our shared heritage.

Q: What inspires you on a day-to-day basis when you’re writing?
A: Small things, small incidents are a portent of larger plots/mysteries.

Q: What are you working on now?
A: I am developing an idea for my next book. Also set in South Africa, but I can’t say more at this stage.