Q&A: Why Oxford was the perfect setting for a supernatural dystopia

The young author talks about the inspiration for her debut novel, being compared to J.K. Rowling, and who she’d like to see cast in the film version (the rights have already been sold!). 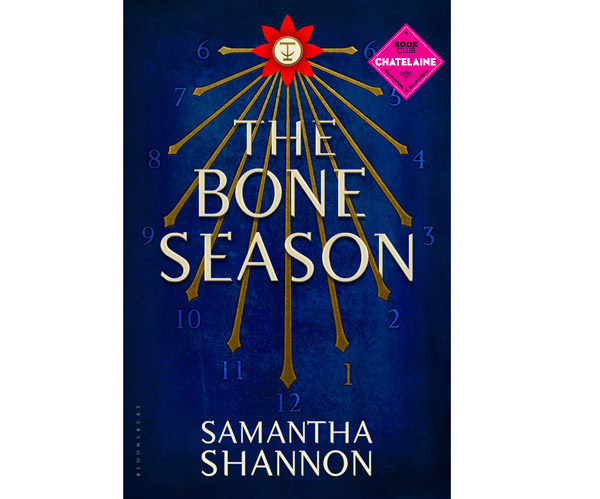 Q: What was the inspiration for The Bone Season?

A: I started The Bone Season in the summer of 2011 during my internship in Seven Dials, a district in London. I remember the word ‘clairvoyance’ coming to me while I was working there; I’ve since seen shops in the area selling crystal balls and Tarot cards and the like, so I think the idea just came into my head subliminally. I envisioned a girl having the exact same day at work as I was, but she happened to be clairvoyant. I merged the idea with a previous thought I’d had of writing a supernatural dystopia in Oxford, and the combined plots snowballed into The Bone Season.

Q: What is it that fascinates you about dystopian fiction and paranormal stories?

A: I think the current fascination with dystopian worlds has some link to the Romantic idea of the sublime. Critics were divided over what exactly the sublime entailed, but the philosopher David Hartley described it as a heightening of sensation that comes when one witnesses danger without actually being in danger: ‘the security from pain’. I think this is essentially what a dystopia does to us: it allows us to observe terror and catastrophe without actually being part of it, which is exhilarating. A fantasy tale can often be as gritty as a dystopia, but instead of being woven from nightmares, it plays with the stuff of dreams. The escapism comes from a sense of possibility – the sense that everything you imagine can be real.

Q: You wrote the book while studying at Oxford. How did that influence/affect your writing?

Oxford was perfect for The Bone Season. Although it’s a modern place in many respect, there are still vestiges of archaism and tradition, and its spectrum of old buildings, from various centuries, give it an eerie sense of being frozen in time.

Q: You worked on a previous novel, Aurora, that was turned down for publication. What, if anything, did you learn from that experience of writing that helped you with this book?

Although its rejection was demoralizing, I’m glad Aurora was never picked up by a publisher. It wasn’t a particularly unique story and it was absolutely packed with clichés. The rejection encouraged me to experiment with first person, which I’d never used before.

Q: How long did it take you to write The Bone Season?

A: The first draft took about six months, with a couple of months of editing and adding scenes. I sent the draft manuscript to my agent in April 2012.

Q: People talk all the time about “strong female characters.” What does that concept mean to you?

Joss Whedon was once asked why he wrote strong female characters into his work, to which he replied “because you’re still asking me that question”. It’s true that even now, in 2013, “strong female characters” always cause a stir. While it’s great that so many series have female protagonists – The Hunger Games springs to mind – the fact that they are still considered noteworthy shows that we need to keep writing them. I’ve never yet been asked why I put “strong male characters” in my book. I think it’s time we stopped being surprised when female-driven books become successful. Paige is “strong” in that she’s relatively independent, a fighter, not defined by her love interest, and driven by the need for freedom, but she has plenty of weaknesses. She’s proud and stubborn, has a knack for trusting the wrong people, and in many ways, she’s very vulnerable. I try to treat my characters first and foremost as people, not as sexes. In many ways, Paige is as much a prisoner in London as she is in Oxford/Sheol.

Q: What importance is that, the idea of being a prisoner of one’s gift or ability?

A: Paige has one of the most coveted clairvoyant gifts in Scion London, which led her to be employed by Jaxon in the criminal underworld at a young age. She’s generally been happy with that, but when she meets Warden, she begins to understand that she has been consistently treated as a gift, not a human being.

Q: Conflict is key in fiction, but what intrigued you specifically about the struggle for survival?

A: The great thing about dystopian fiction is that it takes characters to the edge: the edge of sanity, of safety, of survival. When they’re struggling for survival – not only their own survival, but the survival of others and in some cases, the whole world – they’re nearly always in extremis, and that allows you to see a side of them that you wouldn’t be see if they were in, say, a kitchen sink drama, which is pure realism. Paige has a father but not a mother, and even he is not very present.

Q: What does that lack mean in her life?

A: Paige just didn’t work with a mother, or with a close father. Her only real parental figure is her boss, Jaxon Hall, who employed her when she was sixteen. Jaxon understands her in a way her father, Andrew, never can – he knows about her clairvoyance and nurtures it, while Andrew works for Scion, the enemy. Paige feels she can’t tell him about her gift, which shuts him out of a huge part of her life.

Q: Readers often assume autobiographical similarities between authors and their works; are there any between you and the characters in your book?

A: Paige definitely has a far more exciting life than me. I don’t think we’re particularly similar people: she’s a lot more hot-headed and impulsive than I am, and her sense of danger is pretty much non-existent. She’ll quite happily leap between buildings and taunt people who are three times her size. I live vicariously through her. There are aspects of me in many characters and situations, but I’d rather not say where exactly. I think an autobiographical reading can detract from the experience.

Q: What themes did you most want to convey in this book or sow the seeds of to explore going forward?

A: For me, the book is primarily about the nature of, and struggle for, freedom, but there are many others I’ve examined: dominance and suppression, class warfare, and what it means to be human, among others. What I’m really looking forward to is seeing how readers interpret the æther, the “source” that clairvoyants can access.

Q: Do you already have all of the action for the seven books worked out roughly or are you just going to wing it?

A: I knew the story was too big for one novel, but I wrote the first book as a standalone with the potential of more – I wasn’t sure it would get published, and even if it did, I wasn’t convinced the publishers would want to sign up for more than one book from an unknown author. Ideally, though, I wanted to write seven. I plan with what I call the “flesh and bones” approach: I know the bare bones of each story – beginning, middle, end, and important joints – but I let the story flesh itself out as I go along. I think it takes the excitement out of writing if you know absolutely everything that’s going to happen.

Q: Did you know how The Bone Season would end when you began writing?

A: I knew what I needed to happen, but I changed the ending several times during the editing process.

Q: And how the series will end?

Q: What was the most difficult aspect of writing this novel? The easiest?

A: The easiest, surprisingly, was finding the voice. Paige’s voice comes very easily to me. The hardest – but also the most enjoyable – was building the imaginary world. I loved designing the cities of Scion London and Sheol I, but acclimatizing the reader to those worlds was a different matter. They’re big and complex, and trying to give enough information about them without overwhelming the audience was very challenging. The book has been optioned by Andy Serkis and Jonathan Cavendish’s The Imaginarium Studios.

Q: Any idea whom you’d like to see cast as Paige?

A: I’m not sure who I’d like to play Paige, as she looks a very particular way in my head and I haven’t seen any actress that quite matches that image. I’d love Benedict Cumberbatch to play Jaxon, though. He’d be perfect for the role.

Q: Have you thought beyond The Bone Season series to writing non-Bone Season books? If so, what are some subjects you’d like to explore?

A: I’m intending to work solely on the series for the next few years, but I have some future projects in mind. I have half a very rough draft for a sci-fi standalone.

Q: What books and authors do you love and why?

A: The Handmaid’s Tale by Margaret Atwood, Harry Potter, Battle Royale by Koushun Takami, Nineteen Eighty-Four by George Orwell, The Day of the Triffids by John Wyndham and the works of Isaac Asimov are among some of my favourites, but I have many more. I’m also a big fan of the poets Emily Dickinson and John Donne.

Q: Is there a book you wish you’d written?

A: The Song of Achilles by Madeline Miller, which won the Orange Prize in 2012. It’s rich and beautiful and full of lush, sensory descriptions.

Q: On a cold and rainy night you’re most likely to be…?

Writing with a cup of tea.