Marian Keyes on her new book, sex scenes and the term chick lit

The Irish author's new novel, "The Woman Who Stole My Life," tells the tale of a good-hearted, but unlucky, working mom, who's felled by a mysterious illness. 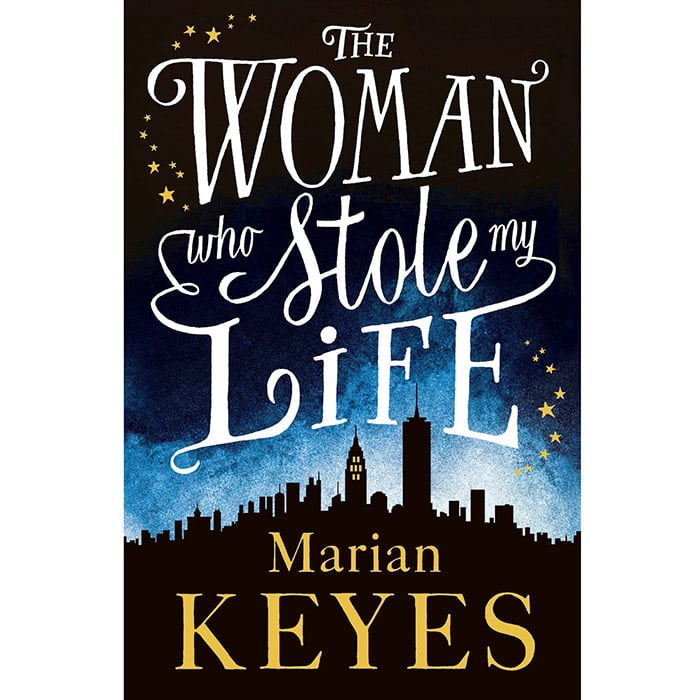 Marian Keyes has had enormous success since her debut in 1995. The Irish author’s many books have invariably hit the international bestseller lists. And expectations are the same for her latest novel, The Woman Who Stole My Life, which tells the tale of good-hearted, but unlucky, working mom Stella Sweeney. Stella is felled by a mysterious illness one day, but finds inspiration in her misfortune — with fairytale results.

Chatelaine chatted with Keyes about the inspiration behind this new book, about the balance of joy and sorrow in her novels and her thoughts on “chick lit.”

What was your inspiration for this novel?

I wanted to write about a woman who is a little older than my other characters, a woman in her 40s, because as I’ve got a little bit older myself, I’ve discovered all kinds of things about the process and wanted to give women our age a voice. This is definitely a love story and it’s also an acknowledgement that you can fall in giant love at any age. Also I wanted to write something truthful but upbeat, and my character Stella is lovely because she’s basically an optimist. No matter what happens to her, she hasn’t an ounce of self-pity. And I also wanted to write about what it’s like to have teenage children – although I don’t have children myself, I’m very close to my beloved, beautiful 14-year-old niece.

What research did you do?

I had lots of kinky sex. No, I’m joking! Forgive me. My character Stella is a very different person to me – she’s without issues, she’s uncomplicated – certainly she’s had her knocks, like all of us, but fundamentally she’s an optimist. It was nice to imagine myself being Stella.

As I was about to start writing the novel, I was having my bathroom redone and I spent a lot of time on Pinterest, admiring dream bathrooms and that gave rise to the character of Ryan – a bathroom designer who really wants to be an artist.

I spoke to many women with teenage children about the joys and tribulations they bring.

Regarding researching Guillane-Barré Syndrome, something very strange happened one Christmas about 12 years ago – the sister of a friend of mine contracted it. And the dad of another friend of mine also contracted it. The disease is so rare that this bizarre coincidence stuck in my memory. And I read several first-hand accounts from people who’d contracted it.

Stella says of her illness, Guillaun-Barré syndrome, “Why not me?” Do you think that will surprise people?

Yes and no. I think that when something horrible happens to any of us, we go into shock and think, “But disasters are things that happen to other people. Not me! Not nice me.” But as we get more accustomed to ‘the new normal’ whatever it may be, we are often granted acceptance and an understanding that everyone has some sort of cross to bear.

Your books are often referred to as “chick lit,” but you actually deal with tough subjects in them: addiction, domestic violence, depression. How do you feel about the terminology?

Fine now. It used to bother me because it’s so belittling – and it’s meant to be belittling. It’s as if it’s saying, “Oh you silly girls, with your pinkness and shoes, how will you ever run the world?” But as I’ve matured (haha) I’ve realized that I’m very proud of what I write about and I know that the books I write bring happiness and comfort to people. I wish that our world was far less patriarchal than it is, but we’re all doing our best to bring about positive changes.

Does writing about your own problems help you deal with them?

To be honest, no. I think there’s always an assumption that people find writing cathartic. And while my problems have definitely given me inspiration for my characters and lives, I need to have distance to do it with clarity. Writing a novel, based on my own misery (whatever that may be) while I’m experiencing it would be a bad idea, I think. The book could end up being a right shambles, and I owe my readers more than that. A lot more than that.

Why is striking a balance in your writing between calamity and comedy important?

It sounds strange, but it’s not something I even have to make an effort at. I think when I write a painful scene, I need the relief provided by writing a comedy scene. That calamity/comedy duality is very much a snapshot of my personality.

What do you hope readers take away from your books?

I’d like people to feel comforted. I’d like them to know that we all have a hole in our soul, that sometimes it’s huge and sometimes it’s tiny, but that it’s always there and it doesn’t mean we’re doing anything wrong, it’s simply a function of being human.

You’ve said that writing the funny bits in your books is easy. What’s hard?

Usually sex scenes… Although not in this book!

Stella’s father is a great fan of books and reading. Is he inspired by someone in your own life?

Yes, although I can’t give too much away. Through life’s always-interesting circumstances, I met a man who’s in his late 60s and had a misspent youth and has never learnt to read. However, in recent years, he’s discovered audio books and he loves them, and whenever we meet, we have in-depth, lively discussions about books. And he’s far better read than me, at this stage.

Your depiction of the world of publishing in this novel is hilarious. How much did you draw on your own experiences of book tours, book marketing and negotiations?

The book tours – totally my experience! “Book tour” sounds so glamorous –and forgive me for sounding ungrateful because it’s a real honour to get to meet my readers – but it’s gruelling. I often say that if an author doesn’t finish a book tour in a body-bag, they sack the publicist because clearly the schedule wasn’t busy enough.

From my mammy – “Don’t compare yourself with anyone else.”

You’re doing your best and your best is all you need to do.

Chocolate cheesecake. A whole one, please. All for me. With a pint of chocolate sauce. And maybe some marshmallows…

I was recently in San Sebastian in the Basque Country in Spain and I adored it. Most charming place ever.

Gift you love to give?

I usually give a scented candle – clichéd I know, but nice, yes?

Cloud Atlas by David Mitchell. The different voices, eras and storylines are pitch-perfect and the structure dovetails together to create the most exquisitely perfect ending ever.

I love historical fiction (all fiction actually), and I’m a huge fan of Philippa Gregory. Her latest is called The King’s Curse and is as brilliant as all her others.

If you couldn’t be a writer, what would you do?

Thing you wish you were asked but aren’t?

I’d like people to ask me about distressing old furniture #MySpecialistSubject. Also, I love discussing television shows – do you watch Ray Donovan in Canada? Scandal? Any of the Nordic stuff, like Wallander or The Killing? #MyOtherSpecialistSubject

Isabel Marant cobalt-blue Wedge Trainers (size 35 or 36, if anyone knows where I might get them).