The best-selling author talks why she finally agreed to television, her new book, How the Light Gets In (out Aug. 27) and her favourite character. 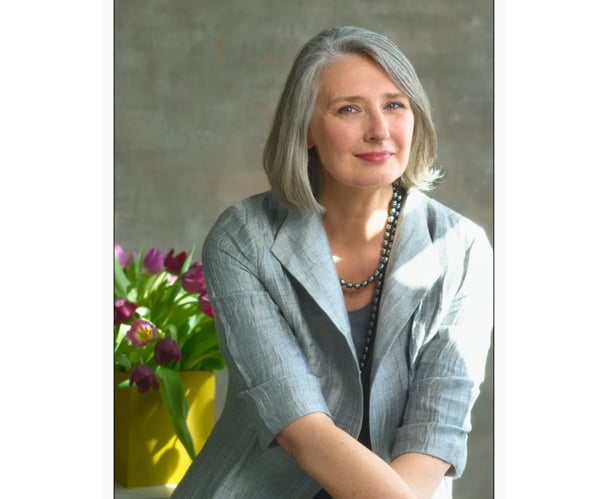 Q: Why did you finally agree to have your books filmed?

A: I said no to this production company three times, but they kept coming back! I was drawn to them because one of the partners in the company is Phyllis Platt, who was head of CBC television drama, so she knew what she was doing. I also felt strongly that it had to be a Canadian company and that it had to be shot in Quebec.

Q: Was it all shot in Quebec?

A: Yes; that just seemed right. You could have shot it anywhere, but you wouldn’t get the flavour. One of the main characters in my books is the setting and the movie had to capture that.

Q: Does Nathanial Parker have a British accent in the movie?

A: He does. In the books I describe Gamache as speaking English with a British accent. He’s inspired by Jacques Parizeau, the former head of the Parti Québécois. He learned English by going to Britain, so he speaks English like a member of the House of Lords. Is actor Nathaniel Parker how you pictured Gamache? No. Definitely not, and he knew that, too. Nathaniel is in his early 50s; Gamache is in his mid-50s. We wanted someone who could play the role for many years, so we wanted to cast him slightly younger. We needed someone who was roughly the same body type. Nathaniel is six feet tall and Gamache is six feet tall, although Gamache is a little heavier. Nathaniel is a genius actor and clearly it was important for me that he look the part, but it was more important that he captured the essence of the character, and I believe he did that. I think people will be pleased with what they see. It’s not a transcription of the book, it’s someone’s interpretation. I don’t think anyone can possibly love Gamache more than I do, and I was pleased and relieved.

Q: Are they going to make all the books into TV movies?

A: They’ve all been optioned, but it depends on a couple of things. Firstly, how this particular film is received. I’m hoping the ratings will be there because I think they’re entertaining well-made films.

Q: Do you know when it’s going to air?

Q: You have a new book coming out on Aug. 27 this year. Is there anything you can share about it?

A: It will be called How the Light Gets In, which is a quote from Leonard Cohen and one I used in the second book, Dead Cold. This book pulls together a lot of the threads that have been ongoing. Every single book is referenced in this one.

Q: Do you have a favourite character in your books?

A: Trick question! Well, of course, Gamache. Ruth is fun to write. I love that she, like all the characters, I guess like all of us, has a saving grace. She genuinely is embittered, she’s drunk most of the time, she has a potty mouth, she says what she thinks and what she thinks is often not very kind, but she’s clever with it. It’s like she keeps all of her kindness deep down inside. Most of us are smart enough to put up a pleasant exterior, but her exterior is all angry and negative. Canadian mystery authors seem to suddenly be doing well in the book industry.

Q: Do you have any thoughts as to why this might be?

A: It’s because of me! I take full credit! I think the world is finally waking up to the fact that Canadian authors have great stories to tell and great skills as storytellers. They aren’t a knock-off of the Americans or Brits. These are Canadian stories, many of which are set in Canada. I think if the writer is passionate about the setting, then they bring it alive. You see your own culture and communities celebrated, and I am so proud and grateful to be a Canadian that I want the whole world to know it. When they read my books from the first page — hopefully from the first paragraph of the first page — there is no doubt. This is not a book set in Sweden, this is not a book set in Britain, it is set in Canada and specifically in Quebec.

Q: What do you think it is about your books that makes them so successful?

A: I think the setting helps, I do. The books aren’t about murder, they aren’t even about death, they’re about duality and belonging, community and love. I think people are also fascinated with Quebec. They’re interested in the French/English culture and the history. I wanted to bring alive the life, culture, music and cuisine of Quebec.

This interview had been edited and condensed.