Everyone is convinced once-famed career woman Bernadette Fox has lost it — except daughter Bee, who's willing to do anything to prove she hasn't. 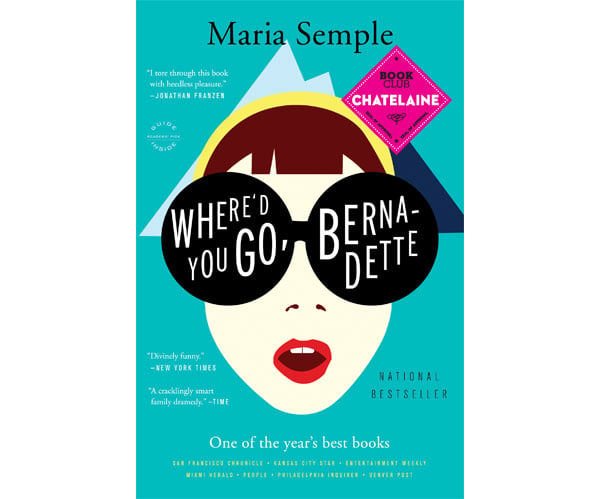 Bernadette Fox is holed up at home in Seattle, emerging only to drive her 15-year-old daughter, Bee, to school. The other mothers think Bernadette is insane. She couldn’t care less; to her they’re all idiots or “gnats.” But when Elgin, Bernadette’s husband, unearths evidence that she’s outsourced even household errands to a virtual internet assistant and handed over confidential info, he decides her eccentricities have gone too far.

What it’s about: Bernadette thinks if she can avoid people who irritate her (almost everyone) while still taking care of her daughter (whom she loves fiercely), everything will be fine. But her anger and hurt bubble ever closer to the surface. The mansion they live in is crumbling, and vines creeping through the floorboards are symptomatic of her loss of control. Elgin, one of Microsoft’s top brains, has had it: He plans an intervention. Bernadette escapes, though, and disappears, with only Bee willing to track her down — and she’ll go to the ends of the earth to do it.

Why we love it: Maria Semple’s writing made us laugh out loud. Bernadette’s damning take on Seattle’s “rampant political correctness” — which reflects Semple’s own reaction to the city when she moved there — cleverly reveals Bernadette’s inability to adapt to change. Add in funny riffs on Canadians and hustling PTA housewives, and the book is a masterpiece of comedic writing. A bonus? The social-media satire. According to Semple, the internet is “an addiction. Before you know it, you haven’t read a book, exercised, cleaned your house or helped your eight-year-old with math because you’ve been trolling on Facebook. (Hang on, or is that just me?)” Nonetheless, there’s pathos brilliantly amplifying the humour: “I think a writer has to love her characters,” says Semple, “but also has to love beating them up.”

The inspiration: Semple published her first novel, This One Is Mine, in 2008. While reviews were good, sales weren’t. Wounded, Semple decided she’d never write again. She was ranting about it to a friend one day, she says, “and he finally said, ‘Maria, you’re a writer. Writers must write. If you don’t write, you’ll be a menace to society.’ In that moment, the idea of Bernadette popped into my head: me in 15 years if I didn’t take responsibility for myself as an artist. . . . Suddenly, all my pain and fury seemed hilarious. Four months later I had a first draft.”

Talking points: Parenting, love, depression, a sense of place and fitting in.