Our next Book Club pick! Life after Life by Kate Atkinson

Packed with drama and mystery, Kate Atkinson's ninth novel makes you wonder, "What if?" 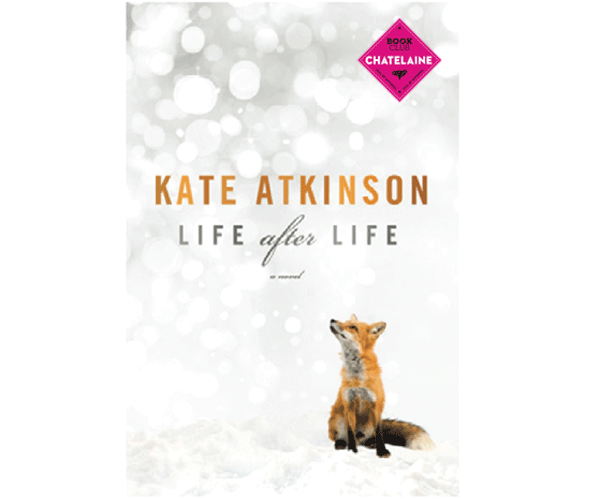 What if you lived your life over and over again? Life after Life is a Sliding Doors meets Back to the Future adventure in novel form. The story follows Ursula from her birth in 1910 as she continually relives the same life, taking different forks in the road each time she’s reborn.

What it’s about: When the doctor is delayed by a snowstorm during her traumatic birth, baby Ursula Todd dies. Flip the page: The doctor arrives in good time and Ursula lives. The setting of Life after Life is a time in history as tumultuous as Ursula’s own life-and-death cycle. As a child she spends fraught summer days with her family at their English country home; as an adult she survives being bombed while volunteering in Second World War rescue missions. Often, Ursula has compulsive urges she can’t explain to anyone, even herself. But slowly, with each new life, she comes to realize they’re steering her away from calamities she’s already experienced and are leading her, pistol in hand, to a meeting with a man named Hitler.

Why we love it: Atkinson is a master, weaving together the many strands of the story, making each narrative as compelling as the last. The tale is enriched with literary references and philosophies introduced by the characters in easily digestible forms. “Some of the most beautiful language ever produced is the King James Bible and the metaphysical poets and Shakespeare, and it’s a shame not to pay tribute to them,” Atkinson says. Many of the novel’s scenes take place during the Blitz, when England was under attack by Germany, and this backdrop evokes the very real public and private suffering going on at the time. “It’s a sort of rendering, really. You send your characters through the looking glass, then you bring them back, get inside their heads and ask, ‘So what did that feel like?’ ”

The inspiration: A very simple notion led to Atkinson’s premise. “I wondered what would have happened if Hitler had been kidnapped as a baby and brought up differently,” she says. She was intrigued by how people are shaped by their lives: “I thought the nature-versus-nurture argument would be interesting.”

Life after Life, $30. Available at Indigo.ca and Amazon.ca.

Book giveaway! For a chance to get a copy of Life after Life, visit twitter.com/ChatelaineBooks on Sunday, April 7 at 12pm EST.