Curl up on the couch with one of these notable reads. 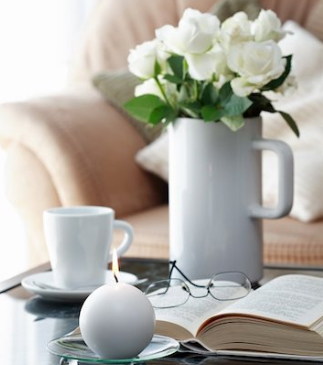 Here are our five favourite new releases to read in January!

When scholar Sarah Weston receives a mysterious invitation to curate a Beethoven collection in Prague Castle, she jumps at the opportunity. She soon finds herself in the middle of an international scandal involving a handsome prince, a secretive U.S. senator and a hallucinogenic drug that has the ability to hurtle her through time. Everyone has something to hide in the page-turner penned by Meg Howrey and Christina Lynch, writing under the evocative pseudonym Magnus Flyte. —Lora Grady

German crime writer Nele Neuhaus has sold millions of copies of her books internationally. Lucky for us, her compelling novels are now being translated to English. Detective duo Pia Kirchhoff and Oliver von Bodenstein are called in to investigate when a 17-year-old girl goes missing. Neighbours who knew her are out for blood—that of Tobias Sartorius, who was released from prison just days before. His crime? The murders of two 17-year-old girls 11 years earlier. But Pia, who has always trusted her instincts, has doubts about his guilt now—and then. This book, the fourth in the series, hits shelves in mid-January; mysteriously, the third title, Deep Wounds, will be released next, in 2014. — Laurie Grassi

Reminiscent of British TV dram Midsomer Murders, this series is set in the seemingly idyllic town of Thornford Regis. Adultery and incest are among the devious residents’ darkest secrets, and Father Christmas, a sarcastic vicar with a strange hatred of thermometers, pounds the town’s cobblestones to solve its many crimes. In this second book of a projected 12, historical grievances come to a head with the most recent in a long line of murders. C.C. Benison tosses in so many red herrings, we’re sure you’ll be kept guessing until the very end. — Anna Redman

Ian Rankin fans were thrilled to hear his long-running music-loving, hard-drinking character John Rebus is making a return appearance in this outing, the retired copper comes face to face with one of his worst nightmares: internal affairs stickler Malcolm Fox. Rebus is intent on finding out who’s behind a series of disappearances. If he can take down his old nemesis, gangster Big Ger Cafferty, while he’s at it, so much the better. Fox, on the other hand, is itching to nail Rebus for illegal activity. — Laurie Grassi

Louisa Clark, a seemingly ordinary girl, is hired to care for Will Traynor, a former high flyer who has lost the will to live after a devastating accident. An unlikely pair, the two grow close as Louisa tries, through a series of adventures, to prove to Will that life is worth living. Will, in the meantime, challenges Louisa to explore life outside their tiny village. When Louisa stumbles upon Will’s shocking plans for his future, she’s forced to decide how to make the person she has come to love happy and avoid breaking her own heart. — Marni Peters