The Girl with the Lower Back Tattoo has plenty of laughs, but the darker it gets, the more it shines. 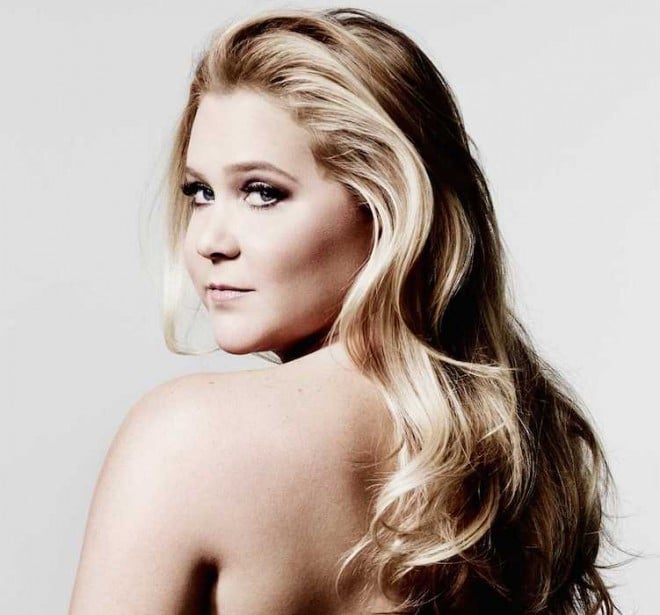 Comedian Amy Schumer has had a couple of very good years: In May of 2015, her sketch show, Inside Amy Schumer won a Peabody Award. Two months later, Trainwreck, her first movie, became the summer’s must-see rom com. She cheekily subverted the notoriously male-gaze-y Pirelli calendar with an excellent nude photo, and her take on 12 Angry Men, which is damn near flawless, went viral.

As is customary in the realm of very funny women, all that buzz led to hefty advance for a tell-all. The Girl with the Lower Back Tattoo, 314 pages of personal essays (plus a fake tattoo readers can apply to their own lower backs), hit shelves this week.

The book is filled with Schumer’s trademark brand of delightfully crass feminism: She recounts a glorious, guilt-free one-night stand; she chronicles a passive-aggressive email fight with a tone-deaf Men’s Health editor; and, naturally, she reserves one whole chapter for an open letter to her vagina.

But amid the anecdotes about dog funerals and retrieving old condoms, Schumer parses the darker things in life, like growing up poor, and her dad’s lengthy battle with multiple sclerosis. She even devotes a chunk of the book to condemning gun violence in the U.S. It’s these less hilarious insights that set Schumer’s book apart from the recent crop of celebrity memoirs. Below, a few affecting excerpts.

On unfair expectations of women:
“The unintentional training I received when I was little was that because I was a girl and an actor, I must love being pleasant, and making everyone smile and feel comfortable all the time. I think all little girls are trained this way, even those who aren’t entertainers like I was. Women are always expected to be the gracious hostess, quick with an anecdote and a sprinkling of laughter at others’ stories. We are always the ones who have to smooth over all the awkward moments in life with soul-crushing pleasantries. We are basically unpaid geishas.”

On finding the humour in her dad’s illness:
“I look at the saddest things in life and laugh at how awful they are. Because it’s hilarious and it’s all we can do with moments that are painful. My dad is the same way. He’s always laughed at the things that are too dark for other people to laugh at. Even now, when his memory and mental functioning have been severely impaired by his MS, I’ll tell him his mind is a pile of scrambled eggs and he will still laugh hysterically and say, ‘Too true, too true!'”

On love:
“When you have a sick parent, you can’t help but think about the end. Like, literally, the final moments of life come to mind when I begin to love someone. I think, Will this dude push my wheelchair? And even scarier, Would I be willing to push his? These are not light thoughts, and they’re not easy to sort out when you’re in the early stages with a person you care about.”

On the media’s toxic body expectations:
“I’m mad because girls as young as eight years old are being shamed about their bodies. Fifth graders go on diets and admire Instagram pics of celebs in waist trainers. Some of the people I’m closest to have struggled with eating disorders. I’m mad at an industry that suggests painfully thin is the only way to be. Please don’t get on me for skinny shaming. If that’s how you are shaped, God bless, but we gotta mix it up, because it’s upsetting and confusing to women with other body types.”

On the confusing aftermath of sexual assault:
“He was very upset, saying how awful he felt and that he wanted to harm himself for what he’d done. I was confused as to why he would have done this to me in this way, but the most dominant feeling I felt was that the guy I was in love with was upset and I wanted to help him. I put my head on his chest and told him it was okay. I comforted him. Let me repeat: I comforted him.”

On what she’s learned from her mother:
“We’re all trying our best, making mistakes, and hanging on by a thread. I wished she could have showed us an authentic emotion or two, allowed us to accept weakness and vulnerability as a part of life. Life is full of pain and disappointment. I’ve made a whole career of pointing this out and reliving it in ridiculous ways so everyone can laugh and cry along with me.”

More:
7 hilarious new comedies created by women
The all-female Ocean’s Eight cast is so damn good
Bad Moms is awesome — except for the really bad dads