Book review: How well do you really know the person you love, what they're capable of and what their true desires are? That's the question posed to readers in this whimsical and captivating tale 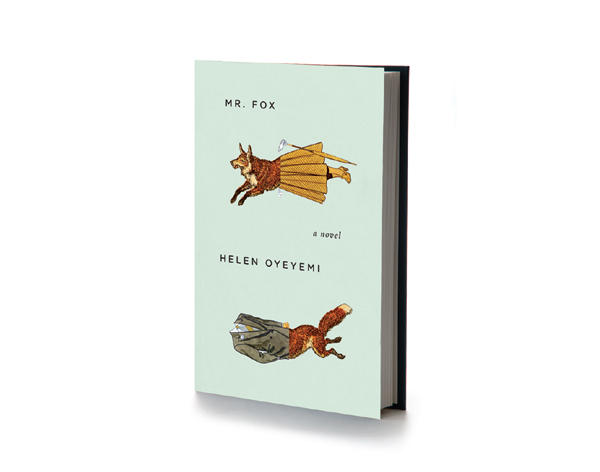 Feel the need for a vacation but don’t have the resources? Just open this trippy novel and you’ll instantly be transported to a world both familiar and far out. Set in 1930s New York, Mr. Fox details the relationships of St. John, the titular Fox who’s a writer; Daphne, his wife; and Mary Foxe, his muse, who lives only in his head—maybe. Mary confronts St. John: “You’re a villain. You kill women. You’re a serial killer. Can you grasp that?” She is speaking on behalf of the countless female characters in his stories who have lost their lives—some decapitated, some hanged, others shot. Fiction is “all just a lot of games,” he replies. So they decide to play a game of their own. St. John and his muse weave themselves into tales to teach each other lessons about love, honesty, losing one’s self and trusting others.

And then there’s Daphne. Seemingly forgotten by her husband, Daphne must contend with a woman (an idea?) who knows her partner better than she. But how well do you ever really know the person you love, what they’re capable of and what their true desires are? These are questions repeatedly raised by Helen Oyeyemi in the narrative of St. John, Daphne and Mary, and also in the tales conjured in the name of games. It quickly becomes difficult for characters and readers to distinguish between what’s real and what’s made up, but that’s part of the fun.

Symbolism abounds as Oyeyemi skillfully weaves together references to European fairy tales (Bluebeard; the Brothers Grimm’s Fitcher’s Bird), myths (the werefox Reynardine), West African Yoruba folklore and even the odd Edgar Allan Poe raven in a novel that’s more magical realism than morbid. It’s hard not to get caught up in Oyeyemi’s equally whimsical and captivating web of love, lies and lore . She takes characters and readers from New York to Europe to Africa and back again, and at the end, while you may be left with questions about love and the nature of relationships, at least you won’t have any jet lag!