In Close to Hugh, family is stabilizing and stifling 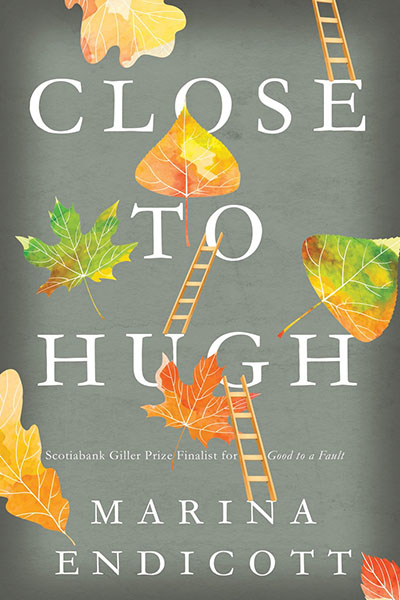 Close to Hugh begins with a funeral on a Monday and ends with a death the following Saturday. In a narrative that zigzags through the week in between, Edmonton author Marina Endicott draws out intertwined stories of loss and love within a tight knot of middle-aged friends and their adolescent offspring. At the centre of the clique is Hugh Argylle, a struggling gallery owner in his 50s, who is only marginally less damaged than the members of his gifted, artistic circle of friends, who are consumed with thwarted love and ambition.

The story is set in Peterborough, Ont., where Hugh grew up, often in the care of Ruth, a babysitter-slash-foster mother who looked after him when his own mother suffered bouts of mental illness. In addition to Hugh, Ruth watched over Della, now a visual artist in a rocky marriage, and Newell, now a successful actor in a long-term partnership with a demanding older boyfriend. While Ruth once offered them “a refuge [where they were] shielded and shielding,” the grown-up trio flounder in mid-life drift. And around them float friends, exes and their kids — an equally high-strung band of performing-arts students.

It’s a sprawling group, and plots are occasionally lost and secondary characters can feel like ciphers. When Endicott homes in, however, she draws a powerful connection between the adults and their teenage kids (and their friends), all weighted by the past and reluctant to move forward. The younger ones are paralyzed by the fear of testing their talent in the bigger world; the elders, by the sobering realization that there might not be many more reinventions left in their lifetimes.

A nominee for both the Scotiabank Giller and the Governor General’s literary prizes for previous books, Endicott likes to dig into big themes, such as the importance of art and the meaning of goodness. Close to Hugh turns on the idea that the very forces that provide stability — your hometown, your family, your loyalty to friends — can also stifle you, and that those closest to you may be blind to who you really are. While a joke about people confusing Hugh with you wears thin, for Hugh, who “lives his life in the second person,” the mix-up makes him feel like he is perpetually being called to account and held responsible for keeping his messy gang intact.

Endicott has a gift for gentle satire. Even as she examines the serious business of making a good life alongside suffering and disappointment, she delights in sending up preening, artsy pretensions. Two characters show up at a Halloween party dressed as characters from Waiting for Godot. Another empties the furniture from her home and covers her walls with angry feminist quotes scrawled in Sharpie — she’s “challenging the hierarchy through minimalism,” she explains.

At its core, though, Close to Hugh is deeply sympathetic to the human condition. Early on in the novel, Hugh falls from a ladder, jarring his aging body — an insult even more than it is an injury. But Endicott’s promise is this: As long as we have life left in us, it’s always possible to get back up.