Our next Book Club pick! Indiscretion by Charles Dubow

A young woman befriends a happily married couple — and illicit passions quickly flare. Read along with us! 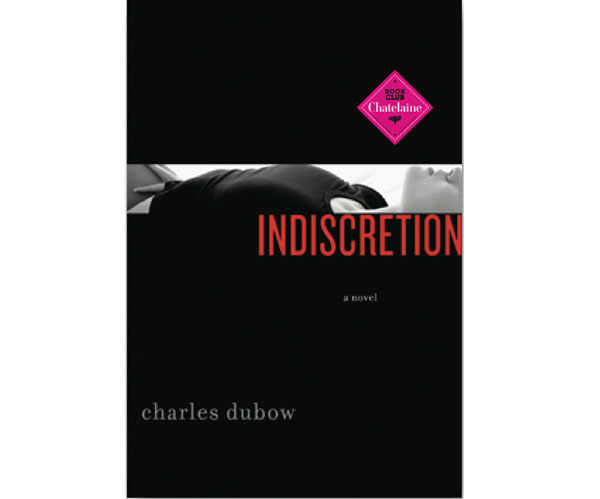 A handsome, affluent New York couple have it all: the perfect marriage, a country house and a close circle of successful friends. But this seemingly ideal existence suddenly comes to a crashing halt one fateful summer.

Why we loved it: This sizzling page-turner has characters who are as enticing as the scandal they act out. The central couple — intelligent, charismatic Harry and beautiful, athletic Maddy — are the quintessential evolution of prom king and queen. Nobody is more enamoured of them and their lives than loyal friend Walt, who plays narrator. That is, until outsider Claire comes along and falls in love with their life — and Harry. The result is lots of hot sex in a titillating debut novel that feels like the literary version of risqué pleasure Desperate Housewives — via The Great Gatsby’s Nick Carraway.

What it’s about: Maddy and Harry have been married a decade. Their tight bond has stood the test of time; so have their good looks. They spend their weekends with son Johnny at their beach house in the Hamptons. Maddy cooks, their friends Walt, Cissy and Ned visit regularly, and on one occasion so does friend Clive, a womanizing banker who shows up with date Claire. As Claire’s relationship with Clive cools, her unabashed adoration of Maddy and Harry’s comfortable clique heats up from simmer to rolling boil, with Harry — unwittingly at first — providing most of the spark.

The inspiration: Dubow came up with the idea for the novel in 1997. Recently married, he spent time at his family’s house in East Hampton and would have friends out to visit. “I thought of the characters of Harry and Maddy first,” he says, “these two lucky people living a charmed life, and knew there’d have to be some kind of conflict. I saw plenty of marriages fail. Why? Where did they go wrong? How could you keep a marriage together? Getting married is easy. It’s staying married that’s a challenge.” Dubow, in contrast to his characters, is happily married. “Fortunately for me, I have a wonderful wife who makes being married a joy.”

Indiscretion by Charles Dubow, $25. Available at Amazon.ca and Indigo.ca.