Pride and Prejudice drama in the servants' quarters

In the tradition of Gosford Park and Downton Abbey, this is a fresh take on an Austen classic. 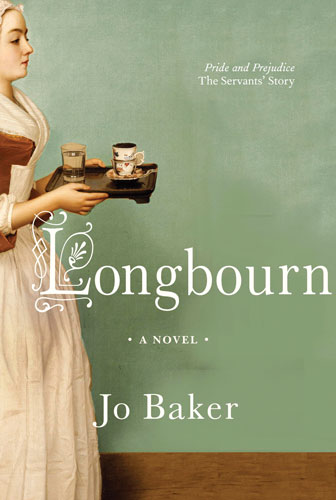 Of all the books bequeathed to us by Jane Austen, it is arguably Pride and Prejudice that has most captured our collective imagination. Published in 1813, it has been adapted for countless movies, miniseries and spinoffs (including, regrettably, Pride and Prejudice and Zombies in 2009). Now, British author Jo Baker offers an elegantly executed twist on the celebrated story. In her new novel, Longbourn, the trivial pursuits and pampered personalities of the Bennet family take secondary roles, and it’s the long-suffering servants, who exist in the margins of the household, who become the primary focus of the narrative.

Carefully crafted so that the plot follows the trajectory of events established by Austen, Longbourn conjures the behind-the-scenes lives of the men and women who keep the Bennet family fed, dressed and arriving punctually at every dinner party. There is careworn Mrs. Hill, with her own tragic ties to the family; James, the quiet footman with a mysterious past; and pretty young Sarah, an orphaned housemaid with callused hands and an unwavering hope for a love — and life — of her own. It has as much suspense, drama and romance as any Austen fan could hope for, coupled with a smart social commentary on the injustices of poverty and class in 19th-century England.