Author Kathy Reichs on death, cemeteries and her hardest moment

We took a walk around the Notre-Dame-des-Neiges cemetery with Kathy Reichs, author of the book series turned TV-show Bones, as she discussed her fascination with dissecting corpses. 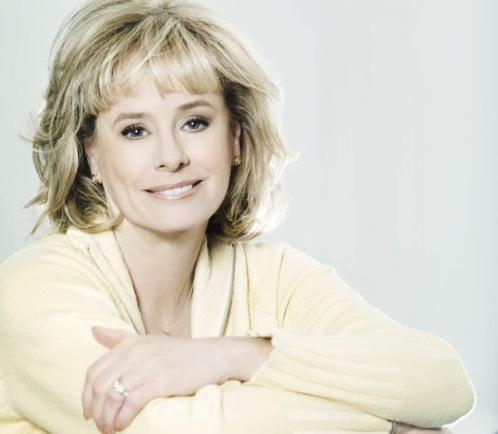 She looks wise. Classy and a bit shy. Impeccably dressed, well-groomed blonde hair: elegance personified. Can we really believe she rises at dawn to carve up innocent victims?

That’s only a manner of speaking, of course. Her profession is finding human remains. As a forensic anthropologist, she divides her time between the FBI, the Pentagon and the Laboratory of Forensic Science and Forensic Medicine of Quebec. But Kathy Reichs also has a double life: for the past 15 years, she’s taken pleasure in dissecting corpses and bones, armed with macabre ideas and a computer keyboard.

“You think I don’t look the part for the job?” she asks.

I nod and tell her I imagined more dark, less radiant. The remark makes her laugh. Kathy Reichs has a sense of humour. From it emanates a quiet strength. The ideal companion on this beautiful autumn day on the mountainside of Notre-Dame-des-Neiges cemetery in the heart of the metropolis, on one of the slopes of Mount Royal. Curious and charmed, she likes decoding the cemetery’s tombstones. “It’s so quiet here, so soothing. I love cemeteries.”

The Chicago-native takes a shuttle every month between her home in Charlotte, N.C., and Montreal: In the United States, as in Quebec, her scientific expertise is required to assist police in shedding light on deaths using bones. “My scientific work feeds my writing,” she says. “Maybe it makes me more observant. I leave nothing to chance.”

Every morning, at home, the novelist drinks strong coffee and imagines new adventures, publishing one annually. She created Dr. Temperance Brennan, the heroine of her thrillers, which have also been adapted for the small screen as the popular television series Bones. “Brennan isn’t my clone,” she says. “I created a more interesting heroine than myself!”

Most stories that Dr. Brennan takes part in, on paper or on TV, are real cases that Reichs worked on. “I make sure to respect the confidentiality of each case,” she says. “The facts are there to give my writing a boost.”

At the corner of an alley, at our feet, there’s a small white marble plaque with the words “Little Fanny.” A quiet moment passes. “Some cases are more difficult,” she says. “When it concerns children, innocent victims, it touches me more.” Her fifth novel, Bones Are Forever, begins with a child’s death.

“After September 11, 2001, I worked at Ground Zero. I experienced one of the hardest moments of my career. There were a lot of bones to identify. I first had to determine if they were human bones, then number them for easy identification. We were provided psychological support that I don’t think I’ll consult – until I crack.”

The sun is hiding behind clouds. She shivers. “Death is a mystery before which we are all equal.” Reichs, despite years of experience, remains vulnerable to the inevitable. She has two daughters and a son (who is a lawyer, but is engaged in writing thrillers, like his mother, for young people) and she is a grandmother four times over. Like everyone else, she fears the loss of her family. “I think I may be even more aware than others of the fragility of life. Anything can go off so fast,” she says in a strangled voice.

The wind rises; leaves flutter. A crow caws in a weeping willow tree that shades some monuments. Kathy Reichs sighs, then recovers. “People are fascinated by stories of murder. It’s not that there are more than before, it’s that we talk about it more in the media and on the internet. We know the details, and can even see the images now. The video in the case of Luka Rocco Magnotta in May shows how far it can go.”

Reichs never looked at those images. She focuses on her own work. As long as someone like Kathy Reichs is on the side of the living, the killers had better keep up: the perfect crime does not exist. 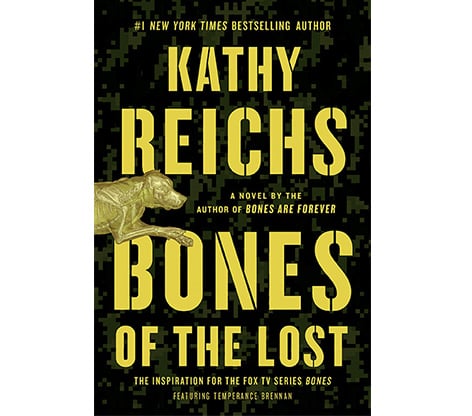