Judy Blume on confessions, catharsis and coming of age

For her new novel, In the Unlikely Event, Blume revisited a trauma from her own adolescence. Here, the author discusses why it was time to explore those buried memories. 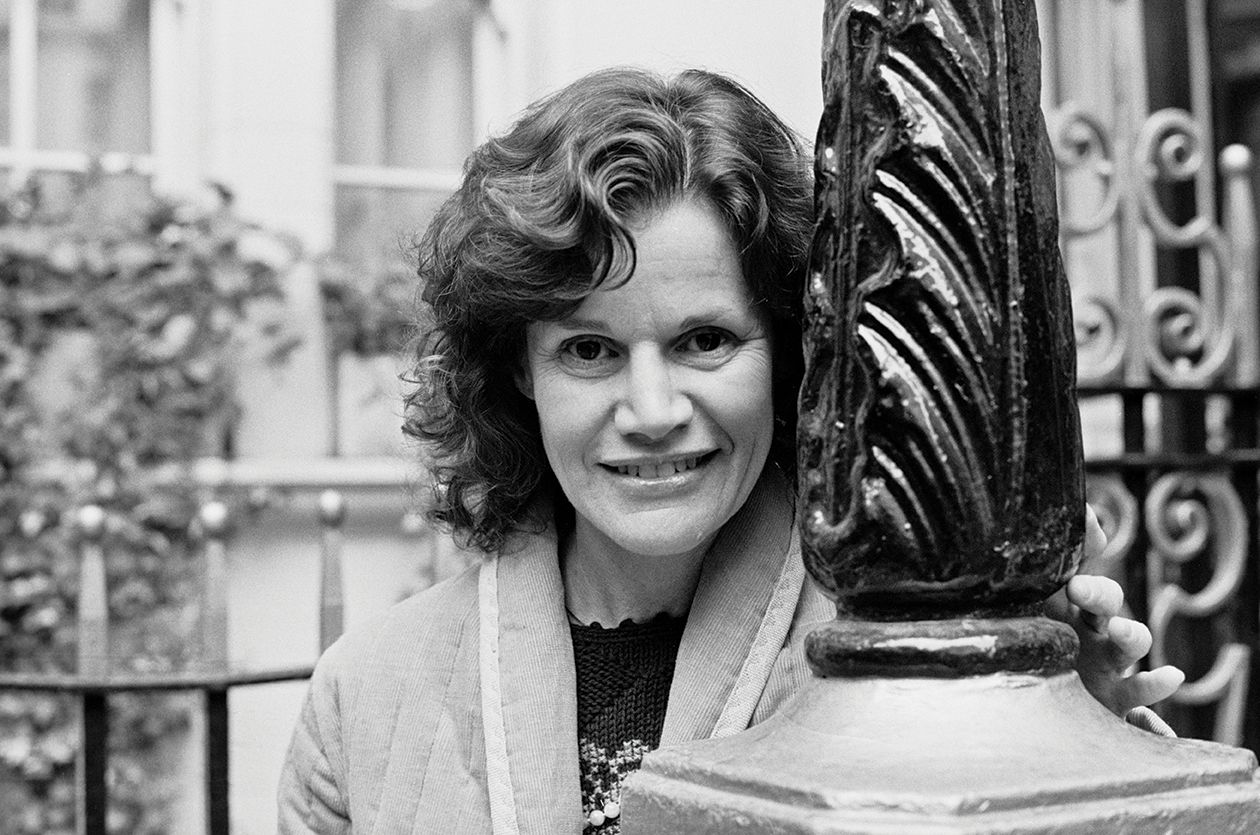 Judy Blume in London in the spring of 1984. Photo, Popperfoto/Getty Images.

Chances are good that if you grew up in North America at any point between 1970 and right now, you worshipped at least one Judy Blume book as a sacred text of teendom. Wry, witty and thrillingly candid, the author has been chronicling the agonies and ecstasies of adolescence for the past 45 years, documenting such rites of passage as bra shopping, first periods, nocturnal emissions, scoliosis treatments and — of course — losing one’s virginity, in loving (and often mortifying) detail.

Now 77 and based in Key West, Florida, Blume hasn’t lost her knack for note-perfect portraits of young people on the cusp of adulthood. Her new novel, In the Unlikely Event, draws on her own recollection of a series of plane crashes that occurred in her hometown of Elizabeth, New Jersey, in the mid-1950s. A constellation of characters — including the sensitive and fiercely observant 15-year-old Miri, who the author swears isn’t a stand-in for herself — struggle to regain their equilibrium as their world tumbles down around them. Here, Blume reflects on dealing with trauma, unearthing long-buried memories and the allure of secrets and spies.

This new book is rooted in your adolescence, a period that still seems very vivid for you. What prompted you to revisit the memories of these plane crashes? This is the interesting thing to me. I was 14 when it happened. I’ve been writing a really long time, and it never, ever occurred to me to write this story. Until January 2009, at the annual Key West Literary Seminar, when a young woman was onstage talking about her book. It was called Telex from Cuba —

Oh, [novelist] Rachel Kushner. Yes! I remember hearing her talk about how she was inspired by stories that her mother told her about growing up in Cuba in the ’50s. It wasn’t Cuba or Castro that hit me. It was that her mother told stories about her own life in the ’50s. This light bulb went off over my head. I had no intention of writing another long novel for adults. But this came in a way that no other book has ever come to me. I knew exactly what was going to happen. I never know that! And there were still surprises, which is the only good part of writing, as far as I’m concerned.

But I was there, and even though I’ve buried it someplace — which is interesting for me, because I don’t bury anything — I know exactly where I was when the news came over the radio. We were in a car. It was a Sunday afternoon. Back then, you’d go on a Sunday outing to a movie and then out to supper. I had a very close friend with me, and my father was driving. I remember the announcer saying, “We interrupt this program. . . .” That was the first crash.

The first one, you know, it came and went. You didn’t dwell on it. But the second one [at the high school] — I had a French teacher who, rumour has it, saw the plane coming through the window. And then the third: The amazing thing is that that plane crashed and people survived. What a scene.

It’s uncanny that this book about unexplained plane crashes is coming out just as we’ve witnessed a spate of mysterious flight disasters. Yes, exactly. Malaysian Airlines and the German pilot. Unbelievable. You know, my daughter became a commercial pilot. When she read this book, she said to me, “Mother, I can’t believe you never told me this story.” This is why I say it had to be buried so deep. I mean, I’ve been with [my husband] George for 35 years, and I’ve never told him these stories.

In the Unlikely Event feels like an adult companion to your 1977 kids’ book, Starring Sally J. Freedman as Herself, which is set just before the 1950s. Well, Sally, of course, is my most autobiographical book. And one of the heroes of this [new] book is also a dentist, and I can tell you that, yes, he is based on my father — on my father’s funny, optimistic personality. But none of the things that happened [in the book] happened to my family. Except that my father was called in, with other local dentists, to identify victims of the plane crashes. Did he talk to me about it? Did anybody ever talk about it? No, but I knew he was doing it. Maybe I didn’t want to know. It’s pretty scary, awful stuff.

I’ve wondered if part of what you want to be remembered for is bringing buried secrets out into the open. I might be wrong, but I somehow think that that’s easier today than it was in the ’50s. In the ’50s, everything was unsaid. It was implied — I knew very well what my mother expected of me, but I don’t think she ever told me. And I knew I identified much more with my father than with my mother. I wanted to be the kind of person he was. But we never talked about any of it.

Is it strange to revisit that in an era when everything seems to be out on the table? It’s a time and a place that, not that many years ago, I would’ve told you I never wanted to go — for real or in my imagination. Growing up in the ’50s, my friends and I thought, “Ugh, this is the worst.” I mean, my kids came of age in the ’70s, a much more . . . interesting time. But going back now, looking at it from the point of view of a grown woman, I feel differently. What a fascinating time.

I wouldn’t want us to go back there, because it was all about secrets and pretending. Parents who lived through the Depression and World War II, what they wanted for their children was “Don’t rock the boat, be good, be happy, be glad that you have what you have and that we’re all together.” But as you know from Sally Freedman, my fantasies were all on the dark side. I wanted to be the spy. I wanted to be involved in great things, not mundane things.

In an essay she wrote years ago, the feminist thinker Jennifer Baumgardner talked about looking up to you as a sort of liberal surrogate parent. Was it hard to balance the role of mother-confessor-confidant to the teenagers of the world with parenting your own kids? You can be that to the kids of the world who don’t see you every day; it’s a different thing when you share an intimate relationship. I was far from the perfect mother. Who’s a perfect mother? You do the best you can do. Very often you don’t go to your parents with your questions. I had a father everybody came to when they wanted to talk. We didn’t have shrinks back then. People would set up appointments to come in and talk to him. But I, who adored him — I didn’t tell him anything. Nothing. In part because I think I didn’t want to disappoint him.

Do you feel like the candour in your books is a way of making up for that? I think it’s just what I wanted, what I wished for. My father died when I was young, 21. It was just before I got married. Ugh, it was a terrible time. And I think I buried a lot of that too. Until I saw Tiger Eyes [Blume’s 1981 novel about a teen girl grappling with the sudden death of her dad, which was made into a film in 2012] on the screen . . . I mean, people say this is insane, but I didn’t realize when I was writing that book how cathartic it was — oh, now I’m going to cry — how much it was about the loss of my own father. I thought it was about somebody else I knew. And then I saw it onscreen and I thought, “Oh my God! This is about my father! These were my feelings about losing my father!”

What does the legacy of being Judy Blume mean to you? I can’t think of myself that way. That’s dangerous, isn’t it? I have this real life that you don’t see. It’s nice. It’s fun. I’ve been lucky in many ways. But I can’t think of myself that way. I do know what I want on my tombstone. I don’t actually want to be in there, but I want a stone. It says: Are you there, God? It’s me, Judy.

“In the ninth grade, in our library in junior high, that was the book we all wanted to read. She was 17 and in love, and he was from a different socio-economic class, and it just felt so true. There weren’t a lot of books then that felt real to us.”

We Are All Completely Beside Ourselves

“If I read a good book when I’m writing, I will become so intimidated that I won’t be able to go back. But between drafts, I read this book, which is so original. I knew nothing [about it] and I was shocked, in the best way.”

“During that period, I also read Little Failure. It’s so Russian. I loved that book so much. I was so inside that book and that little boy’s head. It’s so good.”