This woman rejects the feminist label and thinks you should too

The author of Why I’m Not a Feminist clearly isn’t a fan of the word. Here, she talks about Hillary Clinton, going make-up free and getting down to work. 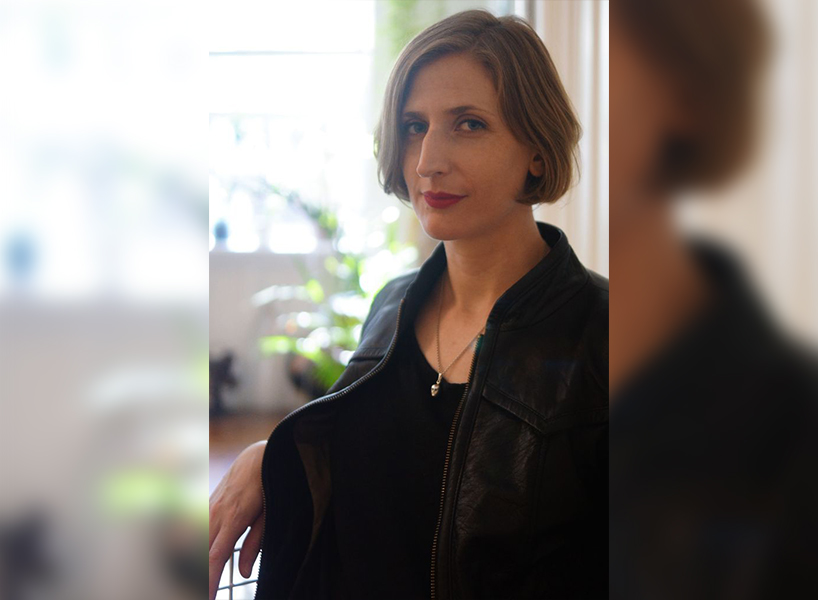 Calling yourself a feminist has never been trendier. You can wear the epithet on your Dior t-shirt as you watch fellow self-identified feminist Beyoncé perform with the word projected on a screen behind her, but according to Jessa Crispin, founder of the webzine Bookslut and author of the searing new book Why I’m Not a Feminist: A Feminist Manifesto ($22), feminism is a helluva lot more than a label.

The actual work of a feminist, Crispin contends, goes beyond merely identifying as one. It’s about educating yourself and working with marginalized populations toward feminism’s underlying shared goal of resisting patriarchy and removing hierarchies.

That makes Crispin’s title, provocative as it sounds, a form of protest in itself. While she aligns herself with feminist ideals and positions her tome as a rallying cry, she wants to completely distance herself from today’s many murky interpretations of feminism. Here, we speak to the author about feminist Ts, Hillary Clinton and why living outside the male gaze for a hot minute is never a bad idea.

Why do you not identify as a feminist by today’s definition?
Mostly because there isn’t necessarily one definition. The word has become so co-opted; you have conservative pro-life fundamentalists calling themselves feminists. You have pop stars calling themselves feminists. You have marketing campaigns devoted to getting the money out of feminists by calling them “empowered,” and so the word itself doesn’t seem to hold any meaning anymore. 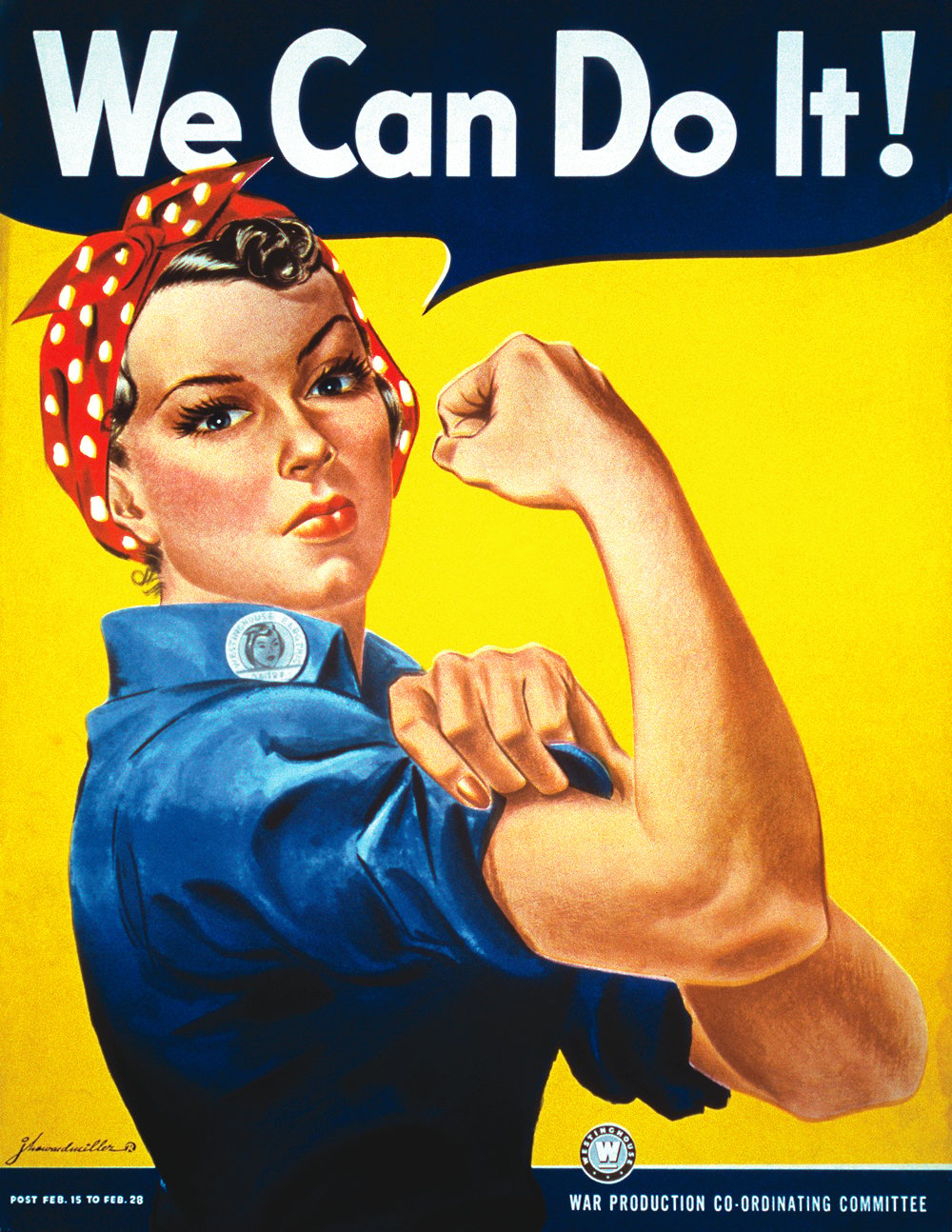 Does feminism have a branding problem? - Chatelaine

If you could offer a definition for the kind of feminism you do identify with, what would that be?
My version of feminism is that there’s no group or individual person who holds more value on this planet than anybody else. And the only way to express that value — and to make sure that there aren’t some people bestowed with value more than others — is to remove all kind of hierarchies of power.

Is there is an inherent contradiction when pop stars co-opt the word feminism?
It’s important to remember pop stars who are using the word are doing it to sell records. They’re doing it to project an image of strength and power, you know, “Buy my record and you too could be this glamorous” and that, but there’s no actual feminist content. Even if there’s this pro-woman, self-empowered content, that has almost nothing to do with the actual work of building a more fair society.

What do you think about the Dior t-shirt that says “We should all be feminists”?
Well, they’re trying to make money off of a t-shirt and how do you do that? You flatter the woman. You flatter the consumer. The more that women have money, and they’re having more and more of it, the more this stuff is going to happen. This idea that you’re empowering yourself through a consumerist purchase. [Editor’s note: the t-shirt, first seen on Dior’s spring 2017 runway last September, retails for $710 USD and after this interview was conducted, Dior announced that a portion of the sales from the tee will be donated to Rihanna’s nonprofit, The Clara Lionel Foundation.]

But what would you say to someone who says feminist Ts bring exposure to the cause?
While feminism as a word has become more fashionable, the actual work of feminism has stayed as unfashionable as ever. While there’s discussion around the idea of “feminist” being an empowering word that we should reclaim, abortion clinics are closing at an alarming rate. We’re seeing the rise of the alt-right. In fact, we’re seeing the whole world slide severely to the right. So you can’t say just using the word “feminist” does any good on its own, because if people think all they have to do is say the word and then live the life of their choosing, then nothing actually ever gets done. Nothing changes. 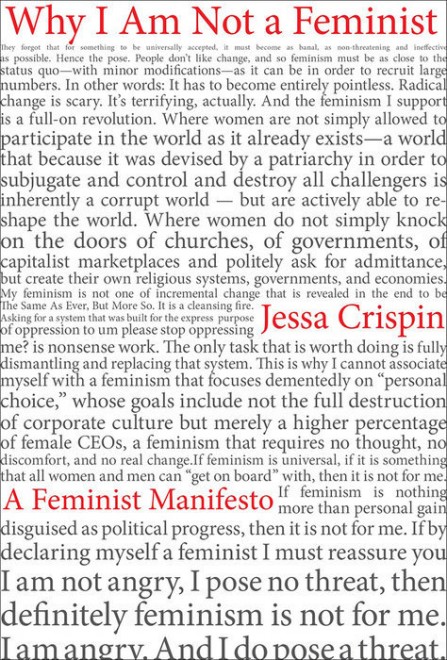 In the book you sometimes mock designer clothes and expensive makeup. What would your response be to someone who feels material things can sometimes give them a confidence boost?
Trust me, I’m not against shoes. I’m not against lipstick. I just want everybody to be aware of the influence of the culture and the influence of people telling you that this is how you should look. There is value in saying, “F-ck you” for a year or two and not wearing makeup, just so that you understand what it’s like to live outside of that influence. I feel like you should live outside the male gaze for awhile just so you understand it, and then work toward doing what feels good for you and knowing that it’s coming from you and not from some magazine or billboard ad or your friends or whatever the influence is.

We ran a piece about whether or not a person can be a pro-life feminist. What do you think about that?
I believe that you can personally, philosophically, or morally be pro-life and be for social justice, but once you start legislating and making those choices unavailable for other women, then that is inherently un-feminist.

That brings me to another part of the book that I found so interesting — this notion of throwing our support behind a female candidate, such as Hillary Clinton, because she is female, even if some of her values may not align with our own. Can you expand on that?
There is value in the representations of women in power because it allows girls to imagine themselves in that position. But there’s a danger when we refuse to look at a person’s actual character or history because we’re so committed to the idea of the representation. That we’re so focused on, for example, getting a woman CEO in a corporation that we don’t look at the fact that there shouldn’t be corporate culture… that’s not a feminist victory. It’s not a feminist victory to have women able to wield power in these negative ways on the same level as men.

What advice would you give to people who actually want to do the work? Where should they start?
It starts with reading and with work. These two things have to be side-by-side. You have to have some sort of actual contact with vulnerable populations, and you have to do the reading as far as studying the situation as it exists now, through different thinkers and not just your own line of thought. And also talking to people who are older than you, who aren’t in your particular feminist situation. Most of the second wave is still around, there is still a lot of wisdom there, and they have a different approach to feminism that we’ve unfairly disregarded.

Can you suggest some essential feminist reading to get people thinking more broadly?
Start with the second wave, because that’s when feminism started to become more accessible, and read the more radical thinkers like Shulamith Firestone. Ellen Willis is also really good entry point because she had a more causal way of writing about feminism. Andrea Dworkin, if you want to have a really, good satisfying argument with somebody in your head — she’s right about a lot more than you want to admit. I think it’s important to read bell hooks, too, although I don’t know if she’d classify herself as second wave. I’d also recommend moving outside of feminist writing into reading about capitalism and reading about totalitarian experiences in central Europe, because we’re kind of sliding into one right now, so that it’s not just about women. I feel like the next phase for us has to be about joining movements and seeing the shared experience — not just working towards women’s liberation, but the liberation of everybody.