Author Michèle Forbes on choosing passion versus security in love

The author of Ghost Moth shares her thoughts on desire for passion, the inspiration behind the book, and the art of Celtic storytelling. 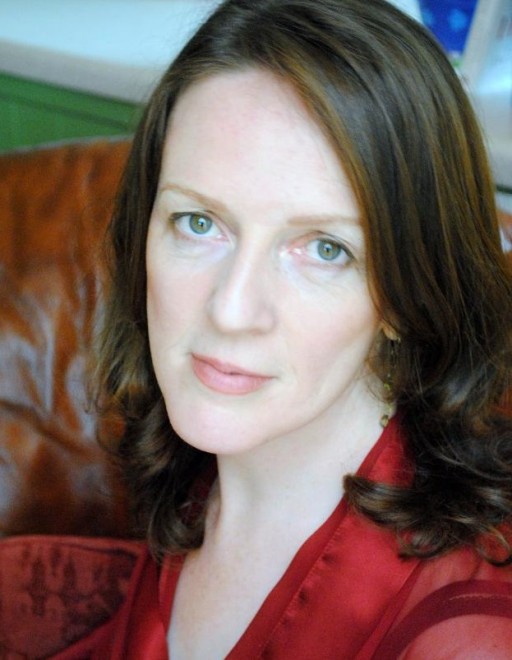 Q: Ghost Moth is a beautiful vignette. Where did it come from?

A: If you mean by vignette the image of the actual ghost moth itself, halfway through my first draft I was watching a television program about Edward James’ surrealist garden ‘Las Pozas’ in Xilitla, Mexico. The story had it that James arrived in the Mexican jungle with his friend and guide Plutarco Gastelum. They found some natural pools where Gastelum stripped off to swim and then lay sunbathing on the rocks. A cloud of beautiful blue butterflies descended on him. The image of this young man’s body being covered in butterflies stayed with me. Later I came across the description of the ghost moth in an encyclopaedia. It is so called because it is pure white and dances in the dusk to attract females and has no mouth parts with which to feed. These two ideas fused for me into one and created a perfect combination of the earthly and the ephemeral.

If you mean the story of the ghost moth that Katherine tells Elsa in the book, this would certainly have been something Katherine could have seen as a child, but the idea that ghost moths were the souls of the dead waiting to be caught was something I added.

Q: What was your inspiration for writing the book?

A: It was important for me to emotionally reconnect with a sense of place, Belfast, the city in which I was born and which I left when I was a teenager during the 1970s, probably the darkest period of the city’s recent turbulent history.

Q: You’re from Northern Ireland, where Ghost Moth is set. How much of the book comes from your own experiences?

A: Some of the children’s experiences of facing prejudice and intimidation in the 1969 sections were based on my own experience or the experiences of people I knew. The backdrop of the political events are also taken from actual events. For the 1949 sections, I had to rely on imagination and intuition; however I listened to accounts of that time from people who lived through them.

Q: How did you manage to touch on the hostility between Catholics and Protestants without it dominating the storyline?

A: I wanted to focus on the family, on their lives, how their own personal histories shape their present, how that determines what choices they will make and how they will live with the consequences of those decisions. George becomes the link between what’s going on in the city and home, yet he clearly has his own personal battles. In my desire not to let the socio/political events overshadow the deeply personal, I placed the Bedford family not on the ‘front-line’ but in a hinterland, living on the margins of the city. This helped to define their sense of place, while still allowing the personal dilemmas to play out.

Q: The ritual of Celtic storytelling comes through in the poetic language of the book. Did that come naturally or did you deliberately weave it in?

A: That wasn’t a conscious thing for me when I was writing. But I guess there must be rhythms inherent in how I speak and think that are connected to that tradition of storytelling.

Q: What made you decide to write the book in two parts?

A: The book in an earlier draft started with nine-year old Elsa and her take on the world. Elsa’s mother, Katherine, was only a shadowy figure, but I became more interested in her and her life and desires, passions and disappointments. Selfishly I thought she could also help me with the timeline of the novel. With Elsa, a forward momentum in the narrative appeared to be the obvious choice, but if I followed Katherine she could take me back in time, say to 1949. That Belfast was a very different city to the one in which I grew up. My father told me it bustled with crowds queuing for cinema tickets and dancehalls, lively couples in busy cafés, families happy to stroll the streets and window-shop late into the evening. It was vibrant, exciting and safe. As a teenager this seemed to me a strange and exotic thing. As a writer I wanted to spend time there.

Q: How did you interlace the two times so delicately?

A: The two parts were much more woven together in earlier drafts, so fused they were losing definition and narrative muscle, so I began the process of unravelling them. This was crucial in keeping the momentum of the novel alive and kicking.

Q: Is Katharine swimming with the seal a metaphor for her life?

A: I see it as a signifier for what’s to come. The encounter releases submerged memories for Katherine, her subconscious metaphorically coming up to face her, and everything that happens after is a direct response to that unleashing. Someone wrote asking me about my use of the myth of the Selkie. In Celtic mythology the story of Selkie, apparently, is concerned with the manifestation of a seal that appears to a dissatisfied woman. I hadn’t come across that story but was delighted when it was presented to me as it relates beautifully to Katherine.

Q: My spine was tingling when you described Tom’s touch during Katherine’s first costume fitting. Was it hard to write a sensual scene so convincingly?

A: Happy to hear you found it so! I strongly felt the energy in the description had to centre around Katherine’s realization of her own sense of passion and sexual awareness, not necessarily in the actions themselves. A sense that this is something she has craved without being fully cognizant of it. I wanted to capture the idea of the touch of a stranger tapping into that without becoming invasive.

Q: The twist in Katharine and George’s relationship revealed on their honeymoon blew me away. At what point did you know that scene between George and Tom was going to happen?

A: I only knew how things would develop as they presented themselves to me, so it was quite late in the process. That particular situation demanded that the dilemma was not a straightforward one – as is true in life. The complexity also helped shift judgment on the part of the reader out of any comfortable, predictable zone; there is a need to question more deeply the motives and choices of Katherine, George and Tom.

Q: How did you manage to make George so flawed, and yet inspire empathy for him?

A: Everyone identifies with flawed characters. They are more us. Human foibles fascinate us because none of us is perfect. I am very fond of George. He is a good man faced with extraordinary circumstances. He tries to keep it all together even when things are clearly falling apart. He is led by the heart.

Q: Ghost Moth made me think about my perception of love: passion versus loyal, time-worn love. Do you think the love Katharine has with George is better than the passionate, raw kind she experiences with Tom? Or just different?

A: That is central to the book. Enduring love is such because it has earned its place. It has been worked at and cared for. It is not a given. Falling in love is thrilling. As humans we have to struggle with this all the time. A desire for passion seems to me to be a hardwired imperative to keep us going. A search for security seems downright common sense. It doesn’t always follow that we can only achieve (or attempt to achieve) one at the expense of the other – security at the expense of passion, passion at the expense of security. This only suggests a crippling unhappiness whatever way we try to work it out.

This was part and parcel of the tightrope I walked when I created Katherine. She fervently holds onto a misplaced passion, acting on her desires with sobering consequences, yet my writerly conscience did not want to suggest she needed to pay a price for what she chose.