In her latest novel, Claire Messud explores what happens when a teacher realizes she no longer wants to play by society’s rules. 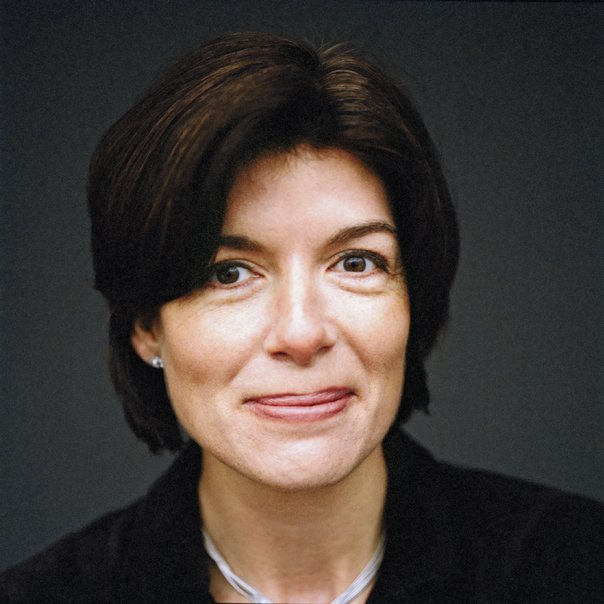 There are plenty of reasons for women to be angry: everything from the gender gap in wages to issues of control surrounding women’s bodies to just not being heard for, well, practically ever. Yet surprisingly, female nonconformists in fiction are seldom portrayed in the same way male rebels with causes are. Why? asks novelist Claire Messud. “As a reader, I have yet to find the voices of the furious misfit women,” she says. “So I wrote one.” She talked about the character that resulted, Nora Eldridge, and the new book she appears in, The Woman Upstairs, in a recent interview with Chatelaine.

A: What I meant, I think, when I said the book I wrote resembled the book I envisioned, is that I set out to write a novel about subjectivity, about how even when we try to see “reality” clearly, we are only able truly to experience our own individual reality. The rest is, to some extent, guesswork. If you live with someone all the time, they become a touchstone—a couple or a family can, of course, be living pretty far from objective reality all together; but by and large, if you are intimate with others they will often bring you down to earth.

That’s why Nora is single. Because that seemed to me the best starting point from which to explore her subjectivity and its relation to external reality. I think—at least, I hope—I have accomplished some version of that: to shed light upon one woman’s experiences as she tries to balance her experiences, neuroses, desires, aspirations against the brute facts of the world and the experiences, etc., of others.

Q: What do you find so interesting about an angry single woman that made you want to explore that?

A: I should say I don’t think Nora’s anger is related to her single-dom. (See above.) Her anger is her anger. She happens to be single. I made her single because it seemed the clearest way to explore the dichotomy between her internal life and external reality. I think of her anger as a state of womanhood, something which a lot of women, single or coupled or widowed or divorced, straight or gay, may experience at some point in their lives. It may be in part generational  (certainly the legacy of frustration Nora carries from her mother is one I share) and in this sense it may not seem as familiar to younger women; but it is not irrelevant to them. Nora doesn’t fall in love with the Shahids because she is single—she could equally be in a relationship and fall in love with them—but because they seem to offer her the possibility of fulfillment, the reawakening of thwarted lifelong dreams.

So I’m interested in an angry woman who happens to be single. I’m interested in women’s anger. We’re not supposed to be angry. It is not seemly. Think of The Taming of the Shrew—I learned this speech for drama class in 10th grade:

And dart not scornful glances from thine eye…

And what has changed, really? There was a period, in the ’60s and ’70s and into the ’80s, when our feminist elders stood up in rebellion—in anger!—and were called “strident.” Nowadays, we’re to believe everything has been sorted out for women and if we experience anger, it’s because we’re not meditating enough or not doing enough yoga.

It may be a time in which anger is less acceptable for men than it once was, too—but the fact is that women do hide our anger much more than men do. I’ve worked in offices where men have had explosive tempers—they have an outburst, then it’s forgotten. But woe betide any woman who has an explosive outburst in the workplace—suddenly words like “hysterical,” “shrill” and “strident” rear their heads.

Q: There’s a sense in society that single women’s lives are lacking, that they themselves are lacking. Does Nora buy into that stereotype? Would you say that’s part of her anger?

A: You know, I agree with you that there is a holdover sense that single women’s lives are somehow less fulfilled. It surely comes from a lingering quasi-religious underlying conservatism that holds that procreation is the point of life. Surely by now that stereotype, like opposition to gay marriage, is simply dwindling into oblivion with the passage of time. But, yes, in Nora’s specific case, it’s an unquestioned part of her—a preconception she doesn’t even know she has—and hence part of her anger. At one point in the book, she suggests to her mother that her mother might strike out and do something outside the home, and her mother says that her place is at home with Nora’s father. So you see, Nora has received mixed messages all along: Be independent, have a career, earn money, be free, her mother has told her, but, at the same time there is some sense that unless you’ve got the family package, you haven’t really got a fulfilled life.

I don’t think Nora wants a family, in any traditional sense: it’s no mistake that she focuses her attention on an unattainable family. But it isn’t officially admissible—to her, I mean, rather than objectively—not to want a family. In that sense, the Shahids are a useful cover. Which isn’t to say she isn’t in love with them all; but that she is necessarily playing games with herself.

Q: There is such a dichotomy to Nora: her interior life and the exterior she presents to the world, in her efforts to be likeable. Do you think that’s true of most people or at least most women?

A: I think it’s universally true, or close to it. If there are people out there who never have selfish or self-indulgent or greedy or angry or mean thoughts, I’d love to meet them! What it means to be human is to contain a vast multitude of experiences and reactions. And, yes, then I think we are all engaged in masking ourselves to a greater or lesser extent, so that dichotomy is part of our human experience. What hampers Nora is above all her shame. And while I don’t think shame is in anyway particular to women (find me a shameless man?), I do think that almost all women experience shame; some of us to a crippling degree. It is shame that makes us hide our reactions or experiences: either because we feel they’re not acceptable, or because (if we know they’re fantasies) we don’t want them to bump up against a contradicting reality.

Think about the meaning of the word “shameless”—it isn’t a good thing. And for women, likeability is all too often paramount. This book—this character—is written in resistance to a code of likeability! It’s acceptable—even laudable—for men in literature to be outlaws, to be angry or whining or self-absorbed or greedy or untamed, because it’s a depiction of life as it actually is. Since reading Notes from Underground at the age of 15, I’ve been sustained by a tradition, a radically male tradition, of misfit protagonists—Dostoevsky and Roth and Bernhard, Camus and Beckett, to name a few. As a reader, I have yet to find the voices of the furious misfit women. So I wrote one.

Q: What’s your definition of the “fun house”?

A: I hope that’s pretty clear in the book. It’s about the inevitable distortions of social conventions and expectations. Nora is desperate for authentic communication or communion, some relationship where she can be unmasked and see someone else unmasked. She finds it almost impossible. If you’ve ever been in a fun house, you’ll know the ways it is a metaphor for life in general.

A: I like the name Nora. It’s a good, strong name, and not as common as Mary or Joan. My sister had a good friend in college named Nora. It has good literary references—Ibsen, of course, but also Nora Barnacle (Joyce)—who my Nora might have wished to resemble more. There are definitely echoes of Ibsen’s play—the degree to which we all project our fantasies onto those closest to us and must sometime be disillusioned, and how hard it is to achieve any genuine relations, as well as, of course, the plight of women—but it isn’t directly any sort of updating or rewriting of A Doll’s House. Nora makes a reference to the doll’s house scale of her art, yes, but that doesn’t mean her art itself is a reference to Ibsen. It’s striking to me how much overlap there is between the issues plaguing one Nora and the other – maybe a century doesn’t make so much difference after all!

Q: Nora has spent her life trying to be what others want her to be. Even at the end, is there a sense she’s still just reflecting others’ perceptions—placed in yet another box, like the women in the art she’s continually creating?

A: I personally believe Nora, at the end of the book, is at a genuine turning point. There are lots of ways she can go from here, from the liberating and fulfilling to the opposite, a choice for stasis. It’s a big deal just to get to this point, to the possibility of change, like a volcano erupting. I think at the end, it’s precisely not about what others think about Nora, but about what she herself thinks—wherein lies anyone’s only hope for freedom.

Q: Would you classify Sirena’s act near the end as one of betrayal or revenge, or, in a strange way, rescue?

A: Can’t it be all of the above? I love that you include the possibility of rescue. If, for example – to return to the notion of shame – Sirena has left Nora with nothing more to be ashamed about, that is a liberation. For me that’s a possibility, too. 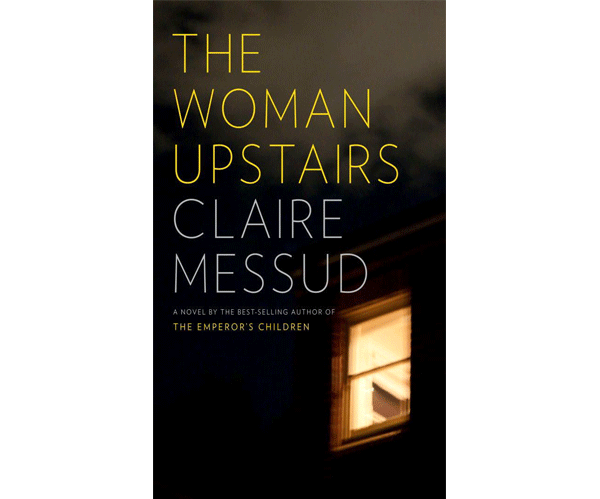