The shocking discovery that inspired this author's work

Wayne Grady, author of Emancipation Day, talks about why it’s important to explore our past and respect our roots—especially when it comes to healing deep, unseen wounds. 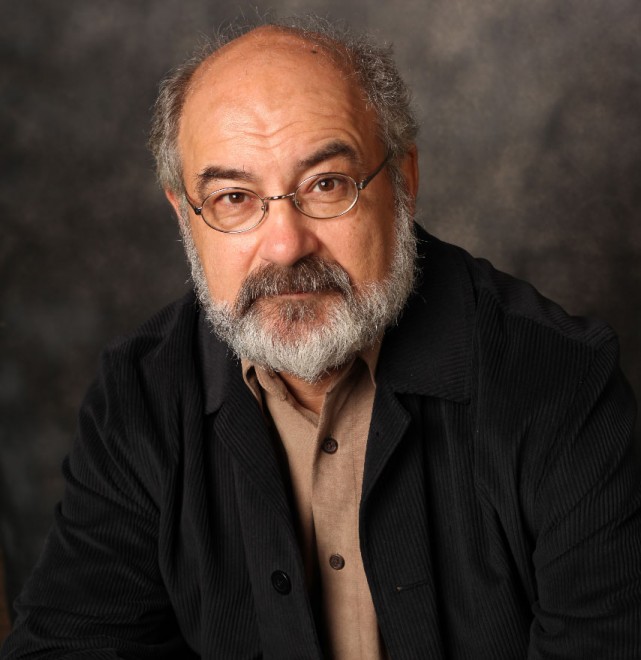 Nothing is black and white in Wayne Grady’s latest novel, Emancipation Day. Racial tensions run high within the fictionalized Lewis family (Grady does draw inspiration from his own real-life revelations of his father’s past to construct his narrative). In the story,  Jack Lewis is trying to escape a complicated past: He’s grown up with light skin in a black family during the highly segregated 1930s; as a result, he has always felt alienated from his roots and rejected by the father he loves. So Jack decides to fabricate a new family history, but as Grady shows us, we can never truly outrun our pasts. Wayne Grady talks to Chatelaine about why it’s important to explore our past and respect our roots—especially when it comes to healing deep, unseen wounds.

Q: What was your inspiration for the novel?

A: My family, in particular my father and mother. They met during the Second World War, when my father was in the Canadian Navy stationed in St. John’s, Nfld, and met my mother and married her, then brought her back to his home town, Windsor, Ontario, to meet his family. I was always fascinated by that story – the idea of meeting a man and marrying him without really knowing anything about him, where he came from, who his family was, anything about his background. The war put a lot of people in that position. You unearthed an unexpected side of your family history in a Windsor library.

Q: How did you feel in that moment?

A: When I discovered that my father was actually an African-Canadian who had passed for white, I was immediately astounded. I was sitting in the Windsor public library looking at the census for 1900, and when I saw “black” in the column for “Colour,” after my great-grandfather’s name, I nearly fell off my chair. Then my first thought was: what an amazing family history I have, after all.

Q: Did you experience any additional moments of self-discovery while writing the novel? What did they teach you?

A: Many. In writing about Jack Lewis, I found myself understanding what my father must have gone through in order to accomplish his deception, and to maintain it for the rest of his life. He could not simply pretend to be white, he had to actually believe he was white. That realization explained a lot of what had puzzled me as I was growing up, especially why my father had distanced himself (and us) from his family in Windsor.

Q: Why approach your story from a fictional standpoint?

A: I started writing the story as creative nonfiction, basing it on stories that my parents had told me about their lives, and fleshing out those stories with research of the times, but soon found many of their stories didn’t add up when compared to the research. Also, I became increasingly more interested in the psychology of passing, both from the husband’s and the wife’s points of view, and realized I needed to move into fictional territory in order to explore that aspect of the story.

Q: Why do you think it’s important to explore the subject of heritage? What is it about our parentage, background and roots that most fascinates you?

A: I think that growing up without knowing anything about your past, without knowing that you have an extended family history, cuts you off from having a true sense of who you are. How much of who we think we are comes from our genes, and how much from the stories we have been told about ourselves? Psychologists say it’s about 50/50, so at least half of who we are comes from our roots.

Q: What did you learn about love and sacrifice while writing your novel?

A: A great deal. While writing the novel, I realized that in order for Jack to successfully integrate into the white world, he needed the collaboration of his entire family (something I don’t think he ever realized). That’s why the character of his father is so important to the novel: William Henry loves his son, and supports him, even when that means losing him forever. Also, Vivian has to learn how to love her husband even when she is fairly certain he is lying to her.

Q: How do you define family?

A: Jack would define family as father, mother, children. Period. The nuclear family, with no lines stretching back into the past. That’s partly why the novel is set during and shortly after the war: the war was a sharp break from the past, and Jack was glad to be part of it. But since we inherit genes that connect us with every generation that has preceded us, obviously who we are is made up from who our ancestors have been. This is especially true in matters of race. We aren’t determined by who our ancestors have been, but we are certainly influenced by them. Vivian was very strongly connected to her extended family, but had to give that up in order to be with Jack, and that is part of the sadness arising from the novel.

Q: You teach creative nonfiction as a sessional lecturer at the University of British Columbia. How has it informed your work?

A: Because I teach creative nonfiction, I have spent a lot of time thinking about the difference between fiction and nonfiction, where the line is between them. I have concluded that it is a very fuzzy line, impossible to pin down, but you know when you’ve crossed it. That’s what I was getting at in the question above, about why I chose to write this story as a novel. In a sense, I was writing along and suddenly went, Oops, I think I just crossed the line. You know when you’ve made something up, and as soon as you do that, you’re writing fiction.

Q: What was the most difficult aspect of writing this novel? And the easiest?

A: The most difficult aspect was learning that Jack and Vivian are not my parents, but are fictional characters in a novel. I had to forget that they were inspired by my parents, that they had minds and histories of their own. That took many draughts. The easiest? I don’t think there was an easiest.

Q: Did you know how the book would end when you began writing?

A: Because the book was roughly based on my parents’ lives, I knew the general shape of the story. I knew their destinations. But I had no idea how they would arrive at them. Or why they would want to. I had to discover their journey by writing the novel.

Q: How much of the writing process was therapeutic for you? Do you feel writing has the power to heal deep wounds?

A: When I began writing the book, I was still angry with my father for having cut me off from my family background, for letting me grow up without grandparents, aunts and uncles, cousins, or any sense of a past. But I had to let that go in order to write the novel. I had to put myself in Jack’s position, and understand his own pain, and that helped me to get over my anger at my father. So yes, that has been an enormously therapeutic experience.

Q: What do you hope readers will take away from the novel?

A: I hope readers will realize that every action we take, no matter how well intentioned, has enormous, long-lasting consequences to those around us. No one lives in a vacuum. Also, no one can completely cut themselves off from their past.

Q: What books and authors do you love and why?

A: I feel drawn to writers whose books occupy that ambiguous twilight zone between fiction and nonfiction. Most recently I’ve been reading J.M. Coetzee, particularly his so-called “memoirs,” but also novels like Diary of a Bad Year. Herman Melville’s Moby Dick also flirts with that dichotomy, as does John Steinbeck’s Grapes of Wrath.

Q: What’s next for you on the writing front? What subjects do you hope to explore in the future?

A: I am already deeply into my next novel, which explores similar themes to Emancipation Day, in terms of how our past exercises such a profound influence on our present. And on our future. 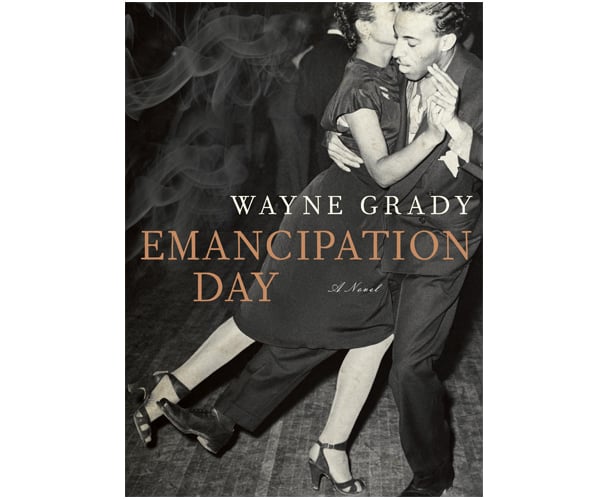