For every infidelity, a price must be paid 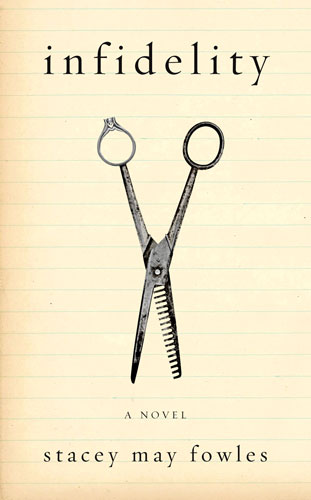 Fictional depictions of adultery usually focus on the physics of attraction — that gravitational pull that makes characters take the sort of crazy risks that let readers live vicariously. One pleasing aspect of Toronto author Stacey May Fowles’ engaging new novel, Infidelity, is how she nails the way affairs are also fuelled by an equal force of propulsion. Both Veronica (Ronnie) Kline, a hairdresser, and her lover, Charlie Stern, an acclaimed poet and writer-in-residence at the University of Toronto, are settled in long, uneasy relationships when they cross paths at a party. Charlie’s marriage to an environmental consultant “for one of those companies that destroys the environment,” as he puts it, is tested by the challenges of raising an autistic son. Ronnie lives with hunky chef Aaron, a straight arrow who wants her to marry him and have a baby. The fact that Ronnie and Charlie are an unlikely couple — she’s 35 and reads little more than her horoscope; he’s an anxiety-prone literary lion pushing 50 — has nothing to do with the logic of their desire. Fowles deftly captures the details: the heat of the freshly piqued libido, the compensatory behaviour with the betrayed partner, the way every adulterous folie à deux is at least a quartet. Some elements fail to gel, among them a shifting narrative point of view and a subplot involving Ronnie’s shadowy illness. Yet Infidelity succeeds as a page-turner, one that reminds us that for every infidelity, a price must be paid — only we never know exactly what that is until it’s over.

Infidelity by Stacey May Fowles, $19. Available at Indigo.ca and Amazon.ca.