If you liked The Map of Time, you’ll love these books!

Not quite ready to move on from time travel? Us either. Here's our list of great, time travel-themed reads that will make leaving The Map of Time universe a little easier. 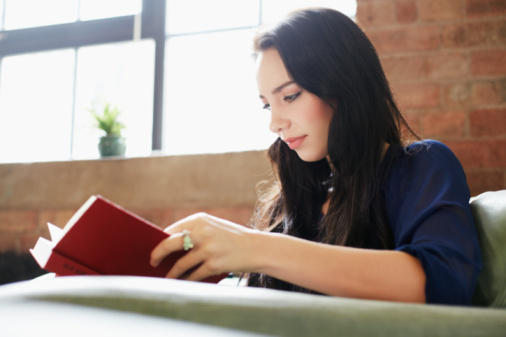 We admit it: when we really, really like a book, we have a hard time moving on. It’s a problem and we’re working on it, but in the meantime, here’s a long list of great, time travel-themed reads that will make leaving The Map of Time universe a little easier.

The Time Machine by H.G. Wells
This sci-fi classic features a time traveler who loses his machine in a seemingly peaceful future that — you guessed it — isn’t all it’s cracked up to be. More than just action and adventure, it also offers up some thinly-veiled commentary on capitalism.

The Time Traveler’s Wife by Audrey Niffenegger
Henry DeTamble struggles with a unique genetic disorder that causes him to involuntarily travel through the timeline of his life — when and where he meets his wife Clare are beyond his control. Surprises, romance and tragedy ensue.

Shadow of the Wind by Carlos Ruiz Zafón
Ten-year-old Daniel Sempere is thrust into the mystery of a writer’s death when he starts reading a book called The Shadow of the Wind. He soon realizes he holds one of the few copies that hasn’t been destroyed by a creepy, leather-masked man who also appears in the book.

Jonathan Strange & Mr. Norell by Susanna Clarke
Gilbert Norrell and his protégé Jonathon Strange want to restore the reputation of magic in nineteenth-century England by joining forces in the war against France, but Strange is becoming increasingly erratic, putting everything at risk.

The Eyre Affair by Jasper Fforde
Literary detective Thursday Next faces her most challenging mystery yet when Jane Eyre is kidnapped from the pages of Bronte’s timeless novel, a punishable offence in this bizarre world where time travel and cloning are common and messing with the classics is criminal.

Neverwhere by Neil Gaiman
Richard Mayhew becomes invisible to the outside world when he’s consigned to London’s shadowy underground, a dangerous world of lost and forgotten people, places and times.

Curious Case of the Clockwork Man by Mark Hodder
In their second adventure, Sir Richard Francis Burton and Algernon Swinburne are sent on an around-the-world hunt to find fragments of strange black meteorites that threaten to destroy the British Empire.

The Outlander series by Diana Gabaldon
In this 600-page time-travel romance, the strong-willed Claire Randall leads a double life. She has a doting husband in one century and a drool-worthy lover in another—sounds kind of awesome, actually.

Slaughterhouse 5 by Kurt Vonnegut
This satirical anti-war novel follows Billy Pilgrim as he becomes “unstuck in time” and travels through periods of his life that are anchored around the horrific WWII Dresden fire-bombing.

A Wrinkle in Time by Madeline L’Engle
In this tween classic, the otherworldly Mrs. Whatsit takes Meg, her brother Charles Wallace and their new friend Calvin on a perilous quest through space to rescue her physicist father. The team must rely on their individual and collective powers to find him.