House of Stone by Anthony Shadid

A fascinating memoir of family history from the late, award-winning war correspondent. 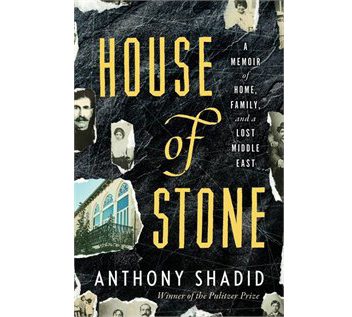 Anthony Shadid, a war correspondent for the The New York Times, died in February of an apparent asthma attack while on assignment in Syria, just weeks before this memoir was scheduled to be released. In it, he returns home after assignment to find that war has fragmented his own family. His quest to start anew leads him back to his ancestral homeland of Lebanon and a battle-scarred estate built by his great-grandfather. With merging tales of past and present, Shadid’s memoir of the rebuilding of his grandfather’s house to “bring back something that was lost” is a testament to the idea of “home” and the resilience of generations whose lives have been fractured by the inevitability of war in the Middle East.

House of Stone: A Memoir of Home, Family, and a Lost Middle East, Anthony Shadid, $30.