Her new book focuses on two female protagonists in the 19th century growing up and finding their own paths to freedom. 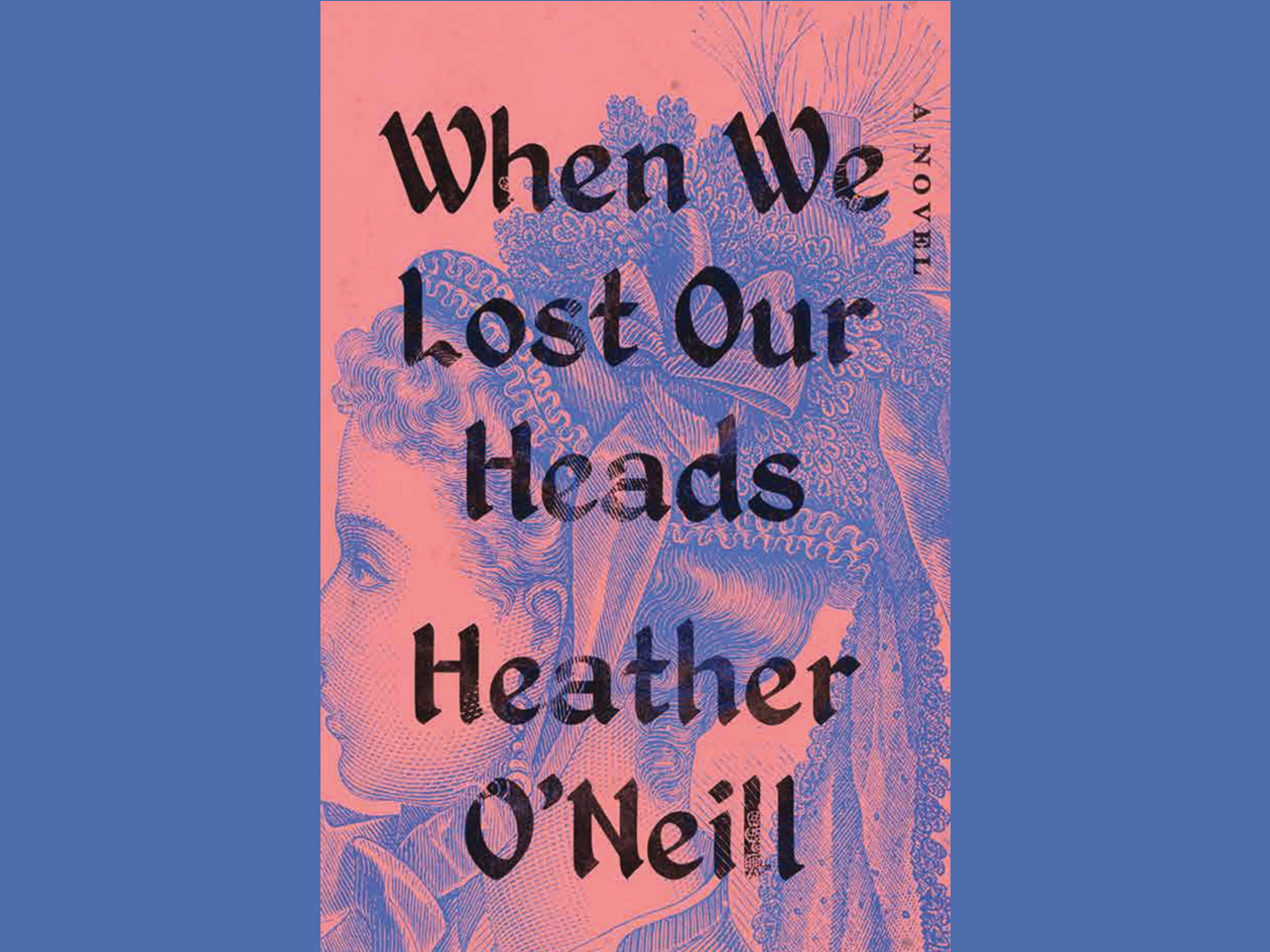 In Heather O’Neill’s new novel When We Lost Our Heads, two young high-society girls form a passionate friendship that plays out against the oppressive social mores and political upheaval of 19th century Montreal. Protagonists Marie and Sadie inspire each other to realize their creative potential, but also to act on some of their cruelest instincts. As they grow up, they each find very different paths to a kind of freedom. But the world is changing around them, and when the women who work at Marie’s sugar factory start to revolt, neither she nor Sadie can predict what’s coming.

The book, out Feb. 1, has a lot to say about women’s creative impulses, their sexual expression and their political power—but one of its most compelling features is the female friendship at its core. Montreal-based O’Neill, who made a name for herself with Lullabies for Little Criminals and The Lonely Hearts Hotel, spoke to us about her inspirations.

What made you want to write a book that centres on female friendship?

I wanted to write a book that was all female characters, in a world that didn’t centre men and marriage. I wanted to see how this cast of female characters would interact in this world where they just weren’t interested in conversations about marriage and motherhood. Marie and Sadie, they’re such dominating little figures, and as I was creating them they just went bananas for one another and created a kind of folie à deux.

Part of the book was inspired by the French Revolution. Marie Antoine is Marie Antoinette, who is a character I’ve always been drawn to. And Sadie is [based] on the Marquis de Sade, who’s also an incredibly corrupt figure. So they were based on these two characters from history, who had horrific attributes, but whose philosophy and “spark of life,” as Alice Munro would say, I was very interested in.

Marie and Sadie find creative inspiration in each other. Have you had friendships that inspired your creativity in that way?

Yeah, totally. I remember my first best friend because I kind of had that kind of coup de foudre. I was always looking for a best friend, and I’d try to cozy up to different girls, but they were just like, no, I have a better best friend. And then there was this new kid in the school. Her name was Sabrina and she wore odd clothes and would deliberately say the most provocative things just for the reaction. When we became friends there was this sort of magic.

There are hostilities and resentments in Marie’s friendship with Sadie. You write, “Every decent friendship comes with a drop of hatred. But that hatred is like honey in the tea. It makes it addictive.” Do you think that’s true?

I think there’s so much about friendship that we don’t acknowledge. We pretend everything is good and positive and supportive. But when we have these intense friendships there can also be bad, negative, creepy things. When they do well, you have mixed feelings because then you’re like, are they too good for me now? Will they abandon me for somebody better? It’s totally that jab of poison because you’re obsessed with them. Maybe I’m just perverse, but I’ve always felt that within friendships. The really deep ones are so, so complicated.

Sadie and Marie reinforce a lot of bad instincts in each other, especially in terms of what’s going on politically in the book.

They represent privilege, and what is wrong with white feminism. They’re both incredibly ambitious. They want to achieve their dreams, and they’re not being held back by what a Victorian woman is supposed to be. But at the same time, they’re completely oblivious to class, or how their desire for agency might extend also to poor women or anybody from a more diverse background. They’re such narcissists, they’re just aristocrats to the core. So although they’re interested in achieving their own feminist goals, it’s that narrow girlboss kind of feminism. They’re doing nothing—especially Marie—to dismantle the patriarchy. They both kind of represent a corruption of feminist values.

Are there female friendships from history or literature that were meaningful to you?

I really love the friendship between Simone de Beauvoir and Violette Leduc. I love that time period of writing and Leduc’s insane passion for de Beauvoir. There’s Anne of Green Gables and her kindred spirits. There have been some interesting ones in fiction lately, like Elena Ferrante [author of My Brilliant Friend], of course. And Sheila Heti, I always like the way she talks about [her close friend] Margaux [Williamson, a painter who appears in a lot of Heti’s semi-autobiographical writing].

Also, a lot of women writers had these female companions. Muriel Spark just ended up living with this woman [sculptor Penelope Jardine]. After all her disastrous marriages and abandoning her children, she had this friendship and they spent their lives together. Women being friends with women after a certain age, everybody questions whether it’s sexual. We see women in relation to their sexual identity so much that we just can’t understand any profound relationship that a woman would have outside of a romantic one, which is kind of nuts.

It’s that whole idea that women are only viable to society during that window where they’re fertile. As young girls, they’re useless. They’re OK for a period in their 20s and mid-30s. And then suddenly they’re expected to be invisible. I think that attitude towards women and friendship is because there’s [no] expectation that women are going to go create things in the world. They are still told that romance is the most important thing.

​​I think it’s also because a lot of women are raised in a way where people expect you to be a caregiver of some sort. They want to break down our friendships with other women because then we’re less attached to the family to take care of the elderly and the children and the husbands. That’s how I felt. There was this idea of keeping the daughter within the family or close to family, so that they can be the servant. When a woman makes friends, she’s less attached to the home. She starts to be integrated within the world. It’s just amazing how, as a woman, you have to fight for your time. You have to somehow prove that your time can belong to you.

Has writing this book made you look back differently at your own friendships?