Get our next Book Club pick! A riveting story of girls coming of age in the military

Our October Book Club pick is a dynamic coming-of-age debut with the wit and frivolity of the TV show Girls — plus rocket launchers. 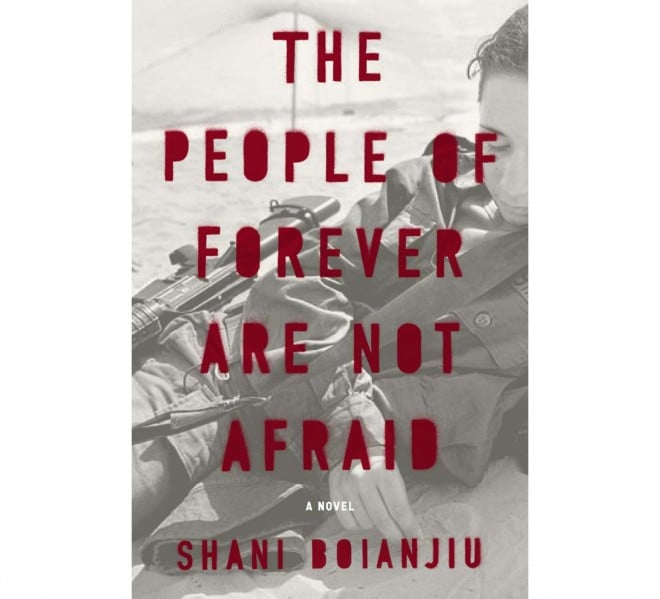 The Plot: Yael, Avishag and Lea are like most teenage girls: obsessed with their looks, boys
and sex. They finish high school — and suddenly their lighthearted chats are cast against the backdrop of obligatory service in the Israeli army. As they navigate the path to adulthood, rambunctious Yael teaches target practice, shy Avishag spends her nights in a watchtower, and anxious Lea points guns at people at a checkpoint. Their days seem to stretch out forever — punctuated by unspoken horrors — until their conscription ends. A few years later, the threat of war reappears, and the girls, now young women, are drafted back into the army. The three reconnect and are stationed together (thanks to serious flirting from Yael), but this time their male counterparts, not the enemy, prove the ultimate test of their values and resolve.

The Inspiration: The People of Forever Are Not Afraid began as a series of short stories (one of which appeared in the New Yorker). “I started writing shortly after my two years in the Israeli military,” says Shani Boianjiu. “Those were confusing and upsetting times, so I wanted to fictionalize them to sort everything out,” she says. “I drew from personal experience: All the emotions in this book are inspired by things I actually felt, even when the events are entirely made up.”

Why We Loved It: Boianjiu’s voice is light, believable and addictive, perfectly contrasting her bubbly teenage characters against the dark moments they go through. The shifts from character to character keep readers on their toes and mimic the rapid-fire conversation of teens. “It made sense to me that the girls’ experiences are funny, because playing soldier at 18 — the conflict, death and humiliation that comes with becoming an adult — I find that all very comical,” says Boianjiu. This novel is like taking a roller-coaster ride, knowing the girls will pick up weapons right after playing with each other’s hair. We laughed out loud yet managed to steel ourselves for deeply moving scenes — it’s as if Boianjiu has transferred Avishag, Yael and Lea’s strength to her readers. By the end we know they’ve suffered, that they’ve lost their innocence, and we almost can’t remember what a happy ending is — but it somehow doesn’t matter.

The People of Forever Are Not Afraid, Shani Boianjiu, $24.