Excerpt: How could she have lost the little girl?

When Jane was 15, she was babysitting a little girl named Lily who disappeared suddenly while they were out for a walk in the woods. 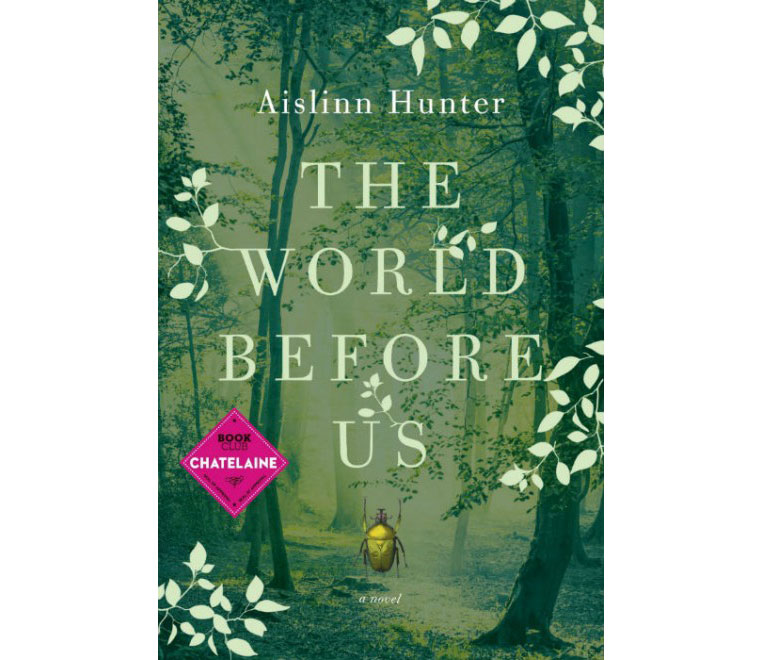 William spent most of the walk taking samples and photographs and jotting plant names on a map of the trail. He’d walk ahead and wave at Jane before rounding corners, a signal that he was going farther along, that he wasn’t scrambling down toward the lake or up toward the pasture, that he was only around the bend. Lily, bored, pulled the ribbon around her neck taut and held the key out in front of her chest, making up a singsong—up, down, up, down. She flicked the key again and again with her index finger while Jane stood in the middle of the path waiting for her: a five-year-old trundling along at her own pace.

Because Lily was dawdling, Jane tried to think of a game. If she thought up a game, Lily would forget the key and it would be easier to get it back from her. So Jane looked at the elm and sycamore, then over to the slope of meadow grass and ivy that rolled down to the ravine bottom, and then back to the trail. Every fifty feet or so on the edge of the path there were short brown posts with numbers painted in green on top. They lined the edge of the woods on the pasture and lakesides, marking the various bushes and shrubs George Farrington had brought back from his plant-hunting expeditions in Burma, China and Tibet. At the start of the trail, when William had told Jane and Lily about the botanist, he’d shown them Paeonia suffruticosa and Viburnum farrington. The Viburnum shrub was sweet-smelling with sprays of white flowers. Jane had picked a few of the buds when William wasn’t looking, dropping them into her pocket so she could touch the petals with her fingertips while she walked.

The next post, Jane saw, bore the number 8. There was a tall, rubbery-looking bush behind it. She said, ‘Let’s play a game, Lily,’ and the girl beamed up at her, expectant, her light-brown pigtails bobbing. ‘Every time you see a post like this’—she took Lily’s hand in hers and led her over to the side of the trail—‘you have to tell me the number on it. If you get it right, we’ll both shout hooray.’

Lily nodded and then stood there, waiting.

Lily broke into a little-girl run, elbows out, fists pumping furiously. She sped headlong up the trail and along the verge to search for the next post. Jane watched her dart ahead and then let her eyes drift up the trail to where William might be. Behind her she heard the sound of someone’s footfalls, then a blonde woman in jeans and trainers passed her, nodding as she went, an old border collie trotting alongside her.

After a minute, Lily found a post and grabbed its top, which came up to her waist; she smiled so hard her eyes squinched shut. ‘Nine,’ she said triumphantly. She was right, so she and Jane both shouted hooray. Then Lily skipped back onto the path to find the next post and the one after that. She was always right about the numbers, and she and Jane always shouted hooray.

When Jane tried to shout William’s name, her voice came out too quietly, too unsteadily, like the kind of voice you use to tell someone a secret. She wanted to make it loud, to scream, but nothing came. When his name finally did emerge it was jagged, in pulses, ‘Wil-li-am,’ like a faltering heartbeat. She yelled it twice, three times, all the while turning circles and looking for Lily. He came slowly at first, then seeing Jane standing in the middle of the path alone, he started to run. Without asking what was wrong he began calling for Lily, and when she didn’t appear he turned to Jane, his voice constricted. ‘Where is she? Where did you see her last?’

Jane sputtered, ‘I don’t know, she was just here.’ She pointed toward the bend he had just come from, to the post on the pasture side, and William took off, running up the slope, scrambling between the thin rails of the alder. When he came back down, flushed and angry, Jane said again, ‘She was just here,’ and her chest heaved into sobs. She wanted him to understand that it had happened quickly, that Lily had found the post and then run ahead to look for the next one, and that when Jane rounded the bend in the path after her, Lily was gone.

‘Lily!’ William turned away from Jane and shouted into the trees on the lake side of the trail. Jane tried to find her voice but when she called ‘Lily’ it broke and fell because everything had suddenly gone wrong, and even if it turned out okay, even if Lily appeared magically exactly where she ought to be, Jane had screwed up and William had seen that she wasn’t a good sitter, that she had let him down.

‘Lily!’ William shouted again, starting down the slope to the lake, losing his footing and sliding a few feet. He picked himself up and ripped off his jacket, untied the canvas bags from his waist, tossing them up toward Jane, moving down along the bramble recklessly, panic in his voice, shouting, ‘Lily!’ again and again, tripping in the underbrush, losing and regaining his footing. Then suddenly he was shouting, ‘Come out now!’—angry, as if this were a game Lily was playing, hiding somewhere close, crouching down in a patch of sage and staying very still. He was gone whole minutes, his shouts coming up over the verge to where Jane stood.

When his calls grew distant, Jane walked toward the trail edge, picked up his jacket and gripped it in her hands. The bird sounds were louder, William’s voice barely audible, coming from back toward the lake. And then, there was nothing. It was there, in that span of time, that Jane allowed herself to imagine that he’d found her, that Lily was standing at the edge of the trail next to some post they’d already passed, that he was scooping her up in his arms that very instant and that she was saying the number, smiling fiercely at him and telling him to shout hooray.

Up ahead the woman with the collie reappeared. She’d turned around, and her dog was limping. A breeze sifted between them off the lake and lifted Jane’s hair ever so slightly; she felt it brush against her skin just as she heard William’s voice again, his distant shouts drifting up toward the spot on the path where she stood. The woman heard them too and began to walk quickly toward Jane, a look of concern on her face. William’s voice coming closer and closer, Lily’s name arcing through the boughs of the trees.