Excerpt: A brilliant story about family secrets and a mysterious estate

Rebecca Makkai, the acclaimed author of The Borrower, leads us on a scavenger hunt to uncover the truth behind an old-money family in her lateset novel, The Hundred-Year House 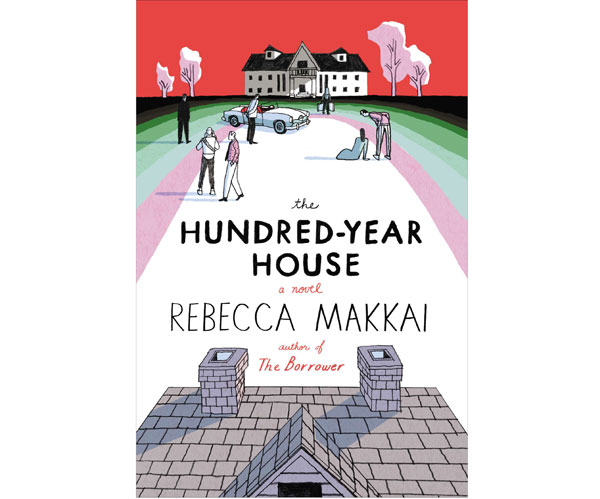 For a ghost story, the tale of Violet Saville Devohr was vague and underwhelming. She had lived, she was unhappy, and she died by her own hand somewhere in that vast house. If the house hadn’t been a mansion, if the death hadn’t been a suicide, if Violet Devohr’s dark, refined beauty hadn’t smoldered down from that massive oil portrait, it wouldn’t have been a ghost story at all. Beauty and wealth, it seems, get you as far in the afterlife as they do here on earth. We can’t all afford to be ghosts.

In April, as they repainted the kitchen of the coach house, Zee told Doug more than she ever had about her years in the big house: how she’d spent her entire, ignorant youth there without feeling haunted in the slightest—until one summer, home from boarding school, when her mother had looked up from her shopping list to say, “You’re pale. You’re not depressed, are you? There’s no reason to succumb to that. You know your great-grandmother killed herself in this house. I understand she was quite self-absorbed.” After that, Zee would listen all night long, like the heroine of one of the gothic novels she loved, to the house creaking on its foundation, to the knocking she’d once been assured was tree branches hitting the windows.
Doug said, “I can’t imagine you superstitious.”
“People change.”
They were painting pale blue over the chipped yellow. They’d pulled the appliances from the wall, covered the floor in plastic.
There was a defunct light switch, and there was a place near the refrigerator where the wall had been patched with a big square board years earlier. Both were thick with previous layers of paint, so Doug just painted right on top.
He said, “You realize we’re making the room smaller. Every layer just shrinks the room.” His hair was splattered with blue.
It was one of the moments when Zee remembered to be happy: looking at him, considering what she had. A job and a house and a broad-shouldered man. A glass of white wine in her left hand.
It was a borrowed house, but that was fine. When Zee and Doug first moved back to town two years ago, they’d found a cramped and mildewed apartment above a gourmet deli. On three separate occasions, Zee had received a mild electric shock when she plugged in her hair dryer. And then her mother offered them the coach house last summer and Zee surprised herself by accepting.
She’d only agreed to returned home because she was well beyond her irrational phase. She could measure her adulthood against the child she’d been when she lived here last. As Zee peeled the tape from the window above the sink and looked out at the lights of the big house, she could picture her mother and Bruce in there drinking rum in front of the news, and Sofia grabbing the recycling on her way out, and that horrible dog sprawled on his back. Fifteen years earlier, she’d have looked at those windows and imagined Violet Devohr jostling the curtains with a century of pent-up energy. When the oaks leaned toward the house and plastered their wet leaves to the windows, Zee used to imagine that it wasn’t the rain or wind but Violet, in there still, sucking everything toward her, caught forever in her final, desperate circuit of the hallways.
They finished painting at two in the morning, and they sat in the middle of the floor and ate pizza. Doug said, “Does it feel more like it’s ours now?” And Zee said, “Yes.” At a department meeting later that same week, Zee reluctantly agreed to take the helm of a popular fall seminar. English 372 (The Spirit in the House: Ghosts in the British and American Traditions) consisted of ghost stories both oral and literary. It wasn’t Zee’s kind of course—she preferred to examine power structures and class struggles and imperialism, not things that go bump in the night—but she wasn’t in a position to say no. Doug would laugh when she told him. On the bright side, it was the course she wished she could have taken herself, once upon a time. Because if there was a way to kill a ghost story, this was it. What the stake did to the heart of the vampire, literary analysis could surely accomplish for the legend of Violet Devohr.