Excerpt: A beautiful story about a Vietnamese family in Quebec

Mãn is a respectful and dutiful Vietnamese wife. Until a fleeting encounter with a married chef changes everything. 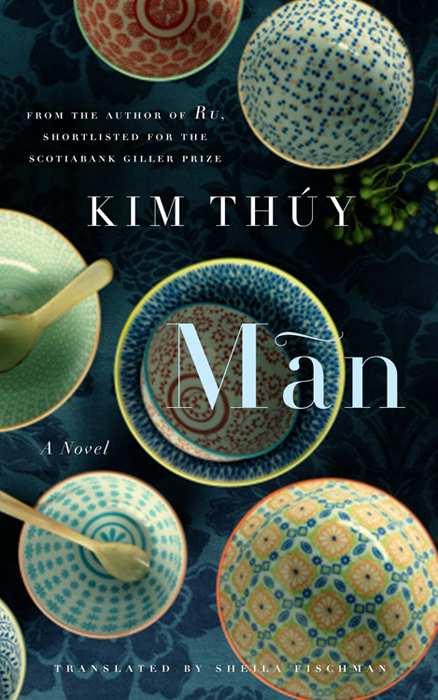 Maman and I don’t look like one another. She is short, I am tall. Her complexion is dark, my skin is like a French doll’s. She has a hole in her calf and I have a hole in my heart.
My first mother, the one who conceived me and gave birth to me, had a hole in her head. She was a young adult or maybe still a little girl, for no Vietnamese woman would have dared carry a child unless she had a ring on her finger.

My second mother, the one who plucked me out of a vegetable garden among the okra, had a hole in her faith. She no longer believed in people, especially when they talked. And so she retired to a straw hut, far from the powerful arms of the Mekong, to recite prayers in Sanskrit.

My third mother, the one who watched me attempt my first steps, became Maman, my Maman. That morning, she wanted to open her arms again. And so she opened the shutters in her bedroom, which until that day had always been closed. In the distance, in the warm light, she saw me, and I became her daughter. She gave me a second birth by bringing me up in a big city, an anonymous elsewhere, behind a schoolyard, surrounded by children who envied me for having a mother who taught school and sold iced bananas.

Very early every morning, before classes started, we went grocery shopping. We started with the woman who sold ripe coconuts, rich in flesh and poor in juice. The lady grated the first half-coconut with the cap of a soft drink bottle nailed to the end of a flat stick. Long strips fell in a decorative frieze, like ribbons, on the banana leaf spread out on the stall. The merchant talked non-stop and kept asking Maman the same question: “What do you feed that child to give her such red lips?” To avoid that question, I got in the habit of pressing my lips together, but I was so fascinated by how quickly she grated the second half that I always watched her with my mouth partly open. She set her foot on a long black metal spatula that had part of its handle sitting on a small wooden bench. Without looking at the pointed teeth at the rounded end of the spatula, she crumbled the nut at the speed of a machine.

The fall of the crumbs through the hole in the spatula must just resemble the flight of snowflakes in Santa Claus country, Maman always said, which was actually something her own mother would say. She spoke her mother’s words to hear her voice again. And whenever she saw boys playing soccer with an empty tin can, she couldn’t help but whisper londi, in her mother’s voice.

That was my first word of French: londi. In Vietnamese, lon means “tin can” and đi, “to go away.” In French, the two sounds together create lundi in the ear of a Vietnamese woman. Following her own mother’s example, she taught me the French word by asking me to point to the tin can then kick it, saying lon đi for lundi. So that second day of the week is the most beautiful of all for Maman because her mother died before teaching her how to pronounce the other days. Only lundi was associated with a clear, unforgettable image. The other six days were absent from any reference, therefore all alike. That’s why my mother often confused mardi with jeudi and sometimes reversed samedi and mercredi.

Before her mother died, though, she’d had time to learn how to extract the milk from a coconut by squeezing chunks of crumbled flesh saturated with hot water. When mothers taught their daughters how to cook, they spoke in hushed tones, whispering so that neighbours couldn’t steal recipes and possibly seduce their husbands with the same dishes. Culinary traditions are passed on secretly, like magic tricks between master and apprentice, one movement at a time, following the rhythms of each day. In the natural order, then, girls learned to measure the amount of water for cooking rice with the first joint of the index finger, to cut “vicious peppers” (ớt hiểm) with the point of the knife to transform them into harmless flowers, to peel mangoes from base to stem so they won’t go against the direction of the fibres . . .

That was how I learned from my mother that of the dozens of kinds of bananas sold at the market, only the chuối xiêm could be flattened without being crushed and frozen without turning black. When I first came to Montreal, I prepared it as a treat for my husband, who hadn’t eaten it for twenty years. I wanted him to taste once again the typical marriage of peanuts and coconut, two ingredients that in south Vietnam are served as much at dessert as at breakfast. I hoped to be able to serve and be a companion to my husband without disturbing anything, a little like flavours that are hardly noticed because they are ever-present.

Maman entrusted me to this man out of motherly love, just as the nun, my second mother, had given me to her, thinking about my future. Because Maman was preparing for her death, knowing that one day she would no longer be around, she sought a husband for me who would have the qualities of a father. One of her friends, acting as matchmaker, brought him to visit us one afternoon. Maman asked me to serve the tea, that was all. I did not look at the face of the man even when I set the cup in front of him. My gaze wasn’t required, it was only his that mattered.

He had come from far away and didn’t have much time. Several families were waiting to introduce him to their daughters. He was from Saigon but had left Vietnam at twenty, as one of the boat people. He had spent several years in a refugee camp in Thailand before coming to Montreal, where he’d found work but not exactly a home. He was one of those who had lived too long in Vietnam to become Canadian. And conversely, who have lived too long in Canada to be Vietnamese again.