Excerpt: Jodi Picoult's new book about the mysteries of grief

A daughter struggles to understand why her mother, a woman studying elephants, would have abandoned her. 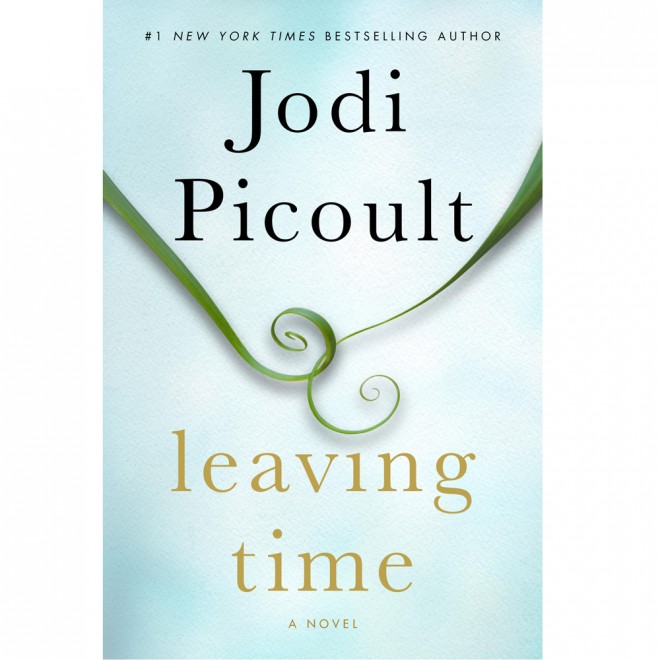 Why do elephants have trunks? Because they’d look funny with glove compartments.

When we got to the zoo, I raced along the paths until I found myself standing in front of Morganetta the elephant.

This was not the majestic animal featured on my Time Life card, or in the books I had studied. For one thing, she was chained to a giant concrete block in the center of her enclosure, so that she couldn’t walk very far in any direction. There were sores on her hind legs from the shackles. She was missing one eye, and she wouldn’t look at me with the other. I was just another person who had come to stare at her, in her prison.

My mother was stunned by her condition, too. She flagged down a zookeeper, who said that Morganetta had once been in local parades, and had done stunts like competing against undergrads in a tug-o’-war at a nearby school, but that she had gotten unpredictable and violent in her old age. She’d lashed out at visitors with her trunk if they came too close to her cage. She had broken a caregiver’s wrist.

I started to cry.

My mother bundled me back to the car for the four-hour drive home, although we had only been at the zoo for ten minutes.

This is how, at age nine, I became an elephant advocate. After a trip to the library, I sat down at my kitchen table, and I wrote to the mayor of Springfield, Massachusetts, asking him to give Morganetta more space, and more freedom.

He didn’t just write me back. He sent his response to The Boston Globe, which published it, and then a reporter called to do a story on the nine-year-old who had convinced the mayor to move Morganetta into the much larger buffalo enclosure at the zoo. I was given a special Concerned Citizen award at my elementary school assembly. I was invited back to the zoo for the grand opening to cut the red ribbon with the mayor. Flashbulbs went off in my face, blinding me, as Morganetta roamed behind us. This time, she looked at me with her good eye. And I knew, I just knew, she was still miserable. The things that had happened to her—the chains and the shackles, the cage and the beatings, maybe even the memory of the moment she was taken out of Africa—all that was still with her in that buffalo enclosure, and it took up all the extra space.

For the record, Mayor Dimauro did continue to try to make life better for Morganetta. In 1979, after the demise of Forest Park’s resident polar bear, the facility closed and Morganetta was moved to the Los Angeles Zoo. Her home there was much bigger. It had a pool, and toys, and two older elephants.

If I knew back then what I know now, I could have told the mayor that just sticking elephants in proximity with others does not mean they will form friendships. Elephants are as unique in their personali- ties as humans are, and just as you would not assume that two random humans would become close friends, you should not assume that two elephants will bond simply because they are both elephants. Morganetta continued to spiral deeper into depression, losing weight and deteriorating. Approximately one year after she arrived in L.A., she was found dead in the bottom of the enclosure’s pool.

The moral of this story is that sometimes, you can attempt to make all the difference in the world, and it still is like trying to stem the tide with a sieve.