Excerpt: The crippling health condition of the author

A dizzying collection of stories inspired by an unusual neurological disorder. 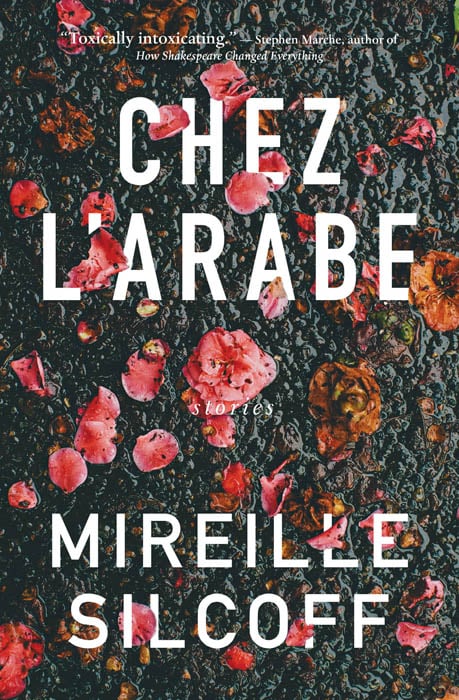 For years, journalist and New York Times contributor Mireille Silcoff was bedridden. Felled by an illness called spontaneous cerebrospinal fluid leak, in which fluid leaks out of the protective sac surrounding the brain, Silcoff had to lie flat, couldn’t hear properly and couldn’t speak. She says she lived in her mind, and eventually created the world that became the book that is Chez L’Arabe, a gripping collection of short stories about a Montreal woman suffering the same illness as Silcoff.

The Atlas dispatcher always responded in the same way, as if I didn’t call twice a week, the same voice from the same address, asking for exactly the same thing:

“Please send a car with the best and the newest suspension. I have had a very serious head injury.”

It was a kind of politeness. The Atlas drivers were less formal. They knew me by face from before. I was the woman with the long scarves and the still-wet hair, the journalist with the heels, who called almost every night from that west end cul-de-sac, a Montreal street so small, uninitiated drivers would argue with the dispatcher that it didn’t exist. I was headed downtown, usually meeting Antoine at some dinner or opening. The Atlas car would always honk from precisely in front of the house, a standout facade among the row houses of avenue Bourgeoys, white painted brick with black shutters, scarlet geraniums in boxes at every window in summer, miniature conifers in winter — a bit of an Edwardian dandy, just a noticeable house.

I’d come out with headphones already on, quickly voice the destination, and hope for the best. When it was good it was great, the cab swinging east over Mount Royal, the chandelier sky above and the velvet city appliquéd with skyscrapers below. Sometimes the city and the music and the silver disco moon would collide in a crescendo so exhilarating it felt like I was living in one of Antoine’s classier commercials, and this is when — usually chemin de la Côte-des-Neiges — if it was going to happen, it happened: “Goddamned potholes! Goddamned city!” I’d say nothing, and hope the driver, in his front-seat world of aggravation, would work it out on his own. Sometimes my silence backfired and he’d put on his own music, so loudly it would shrill through my headphones, acid flung on my private film reel. It was always Arabic music. I assumed all the Atlas drivers were Lebanese. I assumed all Montreal Arabs were Lebanese.

They hadn’t heard from me in a year. Then I returned to them last winter. Always 10 a.m., always Mondays and Thursdays, in a worn green canvas coat with a corduroy collar and a sensible hood, a knee-skimming jacket that was a country-weekend thing when I was well and now made me feel like a school-bus kid who had to dress with easy snaps. I used a tripod cane and carried with me a Paddington Bear cushion, an item that had been forgotten at our house by some friend’s child and presently provided both a nice size and density for my automotive needs. I’d lie face down along the back seat, my nose in Paddington’s taut belly. “I have had a severe neurological injury,” I’d say—at this muffled juncture it was always neurological, the scariest word I could pull out of my hat — “please be very careful on the potholes.”

For even the most relaxed drivers, the city became like a minefield. The ones with shit shocks tried it only once. Then the same driver started coming every time. I checked the laminated photo ID displayed in the felted space between the car’s side windows. Mohammed Zandi. “What injury?” asked Mohammed, and I said, “Something like whiplash,” a lie much easier than explaining that the skin of my spinal cord had decided to imitate Swiss cheese, that the operations had only made the holes bigger, that I was leaking spinal fluid until I had none, no cushion around my brain, soft brain knocking against hard skull, no buffer, and every car ride felt like a prelude to an aneurysm.

Mohammed drove me to a Chinese acupuncturist who tried to save drops of neurological water with tiny silver needles. Mohammed had a big white Mercedes with sporty tan leather seats. He also had a system. He would drive down Bourgeoys on the left side of the street, deftly avoiding what he termed the “roller ride” of the right, then he’d get onto avenue des Frères, hazards flashing, ten kilometres an hour, impervious to the symphony of anti-Mohammedan beeping that had descended on the street. “Who care!” he’d cry, waving and nodding with glee at the honkers. The street took us to avenue Girodet, a street freshly repaved by the city, and one we could take the whole way down, smooth as a magic carpet ride, a stretch like heaven.

After a couple of weeks, Mohammed wanted to know how I got home. “I can wait,” he said, pointing to the acupuncturist’s building. “Even wait hour. No problem.”

But the rides back were my mother’s job. Twice weekly, I’d endure the torture of a 1990 Hyundai Sonata, about as cushy as a medieval bear trap, containing a mum so nervous transporting me she’d expostulate Hebrew curses every time we encountered a crack in the pavement. “Sorry, sorry, mamaleh, there is nothing I can do!” she’d wail, speeding up instead of slowing down. Even the black marble of Girodet was jagged in my mum’s tin jalopy, with its hard plastic interior and its filigree of flaking rust and its Tel Aviv bumper stickers and atmosphere of guilt so heavy I felt it on my eyelids.

After my last round of surgery, my mother retired. She had been the sort of travel agent who could get a passenger from Aéroport Dorval to Ben Gurion International via Warsaw via Frankfurt via Charles de Gaulle cheaper than any Internet outfit. She retired to take care of me. I had told her not to. At his advertising agency, Antoine was shooting another series of beer commercials, and those paid generously, and I still had some money to tide me over from when I was a staff writer. The weekly housekeeper, Mathilde, had agreed to come in every day — she gave me lunch, she changed the bandages, and she cooked dinner when Antoine came home. It was all figured out. I had decided I would have no nurse. I would especially have no mother— who was an expert in highly vocalized sympathy pains — as nurse. Not a mirror I needed, thanks.

I told Mohammed lifts back would be excellent. When I let my mother know about the arrangement, she said: “Ooooo-kehhh,” in that singsong way that meant she was going to cry when she hung up and then call her sister in Haifa and grouse with outrage over how she’d retired for me, and I was so cold, and she thought we’d lie in bed and watch TV together, and — ai! — now she had such a migraine because I just didn’t understand what it was like to have a daughter so sick; how much pain it gave her. If I knew, I’d be nicer.

This excerpt is taken from “Chez l’arabe” from Chez L’Arabe, copyright © 2014 by Mireille Silcoff. Reproduced with permission from House of Anansi Press. www.houseofanansi.com.