A breathtaking story about first love

A troubled teen mourns the loss of her beloved boyfriend in this new novel from bestselling author Meg Wolitzer. Read the excerpt here. 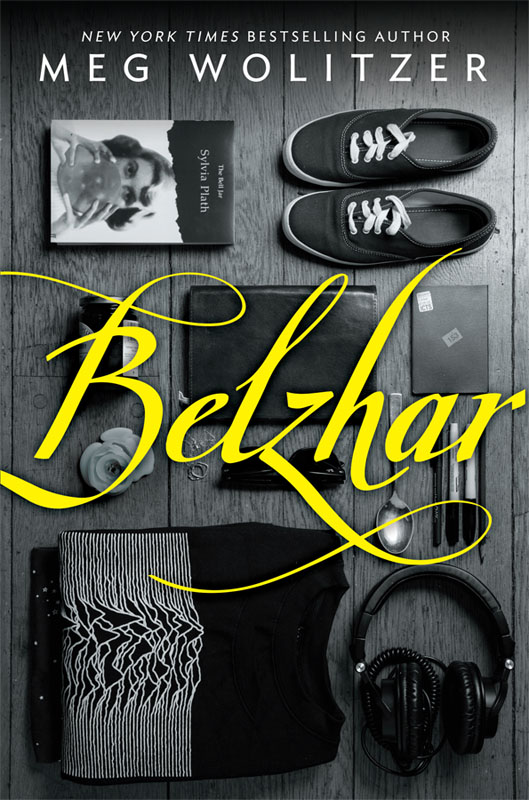 I was sent here because of a boy. His name was Reeve Maxfield, and I loved him and then he died, and almost a year passed and no one knew what to do with me. Finally it was decided that the best thing would be to send me here. But if you ask anyone on staff or faculty, they’ll insist I was sent here because of “the lingering effects of trauma.” Those are the words that my parents wrote on the application to get me into The Wooden Barn, which is described in the brochure as a boarding school for “emotionally fragile, highly intelligent” teenagers.

On the line where it says “Reason student is applying to The Wooden Barn,” your parents can’t write “Because of a boy.”

But it’s the truth.

When I was little I loved my mom and dad and my brother, Leo, who followed me everywhere and said, “Jammy, wait.” When I got older I loved my ninth-grade math teacher, Mr. Mancardi, even though my math skills were deeply sub­normal. “Ah, Jam Gallahue, welcome,” Mr. Mancardi would say when I came to first period late, my hair still wet from a shower; sometimes, in winter, with the ends frozen like baby twigs. “I’m tickled that you decided to join us.” He never said it in a nasty tone of voice. I actually think he was tickled.

I was in love with Reeve in a fierce way that I’d never been in love with anyone before in all my fifteen years. After I met him, the kinds of love I’d felt for those other people suddenly seemed basic and lame. I realized there are different levels of love, just like different levels of math. Down the hall in school back then, in Advanced Math, a bunch of geniuses sat shar­ing the latest gossip about parallelograms. Meanwhile, in Mr. Mancardi’s Dumb Math, we all sat around in a math fog, our mouths half open as we stared in confusion at the ironically named Smart Board.

So I’d been in a very dumb love fog without even knowing it. And then, suddenly, I understood there was such a thing as Advanced Love.

Reeve Maxfield was one of three tenth-grade exchange students, having decided to take a break from his life in London, England, one of the most exciting cities in the world, to spend a semester in our suburb of Crampton, New Jersey, to live with dull, cheerful jock Matt Kesman and his family.

Reeve was different from the boys I knew—all those Alexes, Joshes, and Matts. It wasn’t just his name. He had a look that none of them had: very smart, slouching and lean, with skinny black jeans hanging low over knobby hip bones. He looked like a member of one of those British punk bands from the eighties that my dad still loves, and whose albums he keeps in special plastic sleeves because he’s positive they’re going to be worth a lot of money someday. Once I looked up one of my dad’s most prized albums on eBay and saw that someone had bid sixteen cents for it, which for some reason made me want to cry.

The covers of my dad’s albums usually show a bunch of ironic-looking boys standing together on a street corner, shar­ing a private joke. Reeve would have fit right in. He had dark brown hair swirling across a pale, pale face, because appar­ently there’s no sunlight in England. “Really? None? Total darkness?” I’d said when he insisted this was true.

“Pretty much,” he’d said. “The whole country is like a big, damp house where the electricity’s been turned off. And everyone’s lacking vitamin D. Even the queen.” He said all this with a straight face. There was a scrape to his voice. And though I don’t have any idea what people thought of him back in London, where that kind of accent is ordinary, to me his voice sounded like a lit match being held to the edge of a piece of brittle paper. It just exploded in a quiet burst. When he spoke I wanted to listen.

I also wanted to look at him nonstop: the pale face, the brown eyes, the flyaway hair. He was like a long beaker in chemistry class, and the top was always bubbling over because some interesting process was taking place inside.

I’ve now compared Reeve Maxfield to both math and chemistry. But in the end the only class that came to mat­ter in all of this was English. It wasn’t my English class at Crampton Regional; it was the one I took much later, at The Wooden Barn up in Vermont, after Reeve was gone and I could barely live.

For reasons I didn’t understand, I was one of five stu­dents tapped to be in a class called Special Topics in English. What happened in that class is something that none of us have ever talked about to anyone else. Though of course we think about it all the time, and I imagine we’ll think about it for the rest of our lives. And the thing that amazes me the most, the thing I keep obsessing about, is this: If I hadn’t lost Reeve, and if I hadn’t been sent away to that boarding school, and if I hadn’t been one of five “emotionally fragile, highly intel­ligent” teenagers in Special Topics in English, whose lives had been destroyed in five different ways, then I would never have known about Belzhar.