An editor called an early draft of Return Of The Trickster nice, but boring. Stuck in quarantine after one of Canada's first superspreader events, she made the end of her acclaimed series come alive. 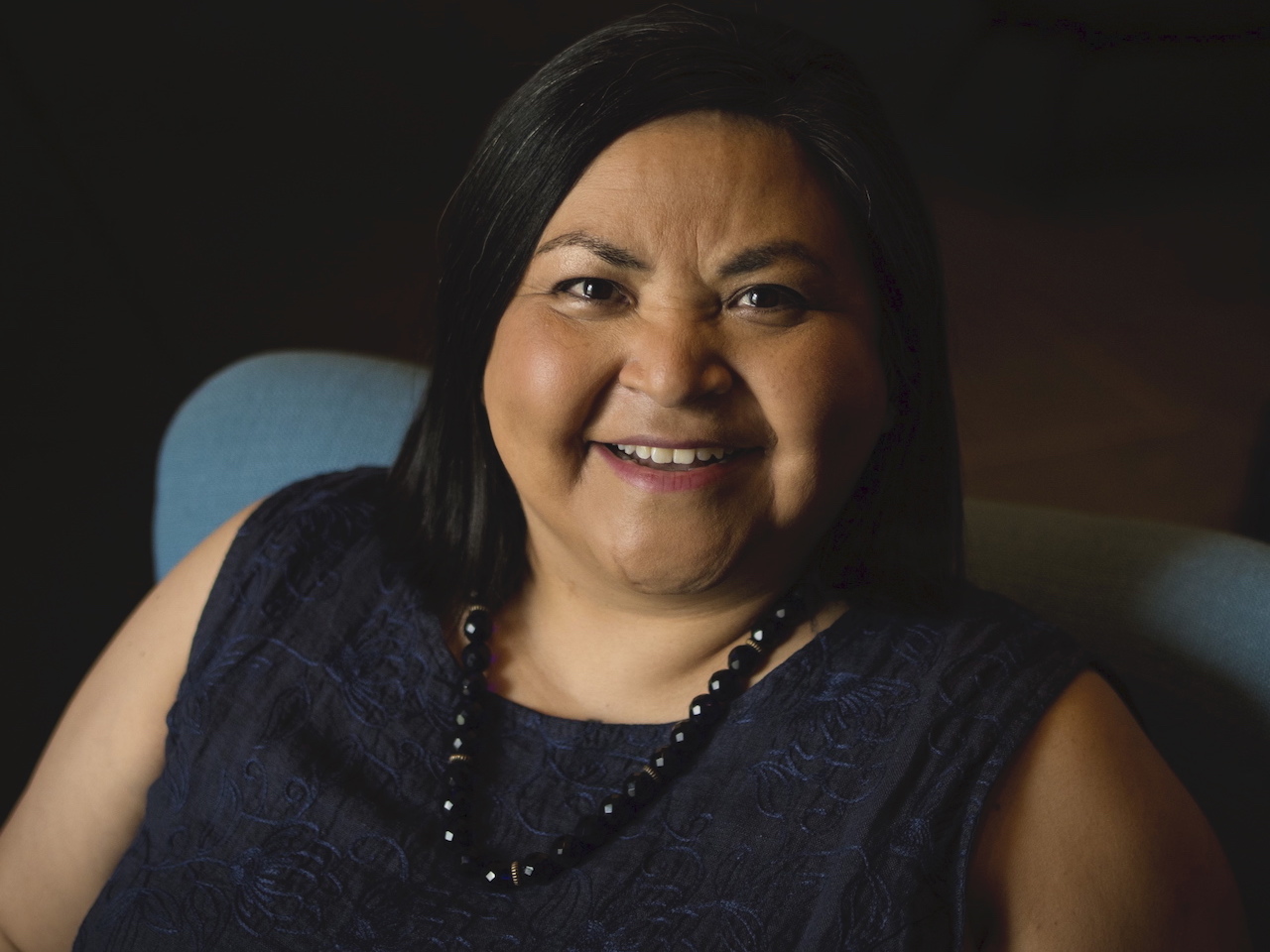 Eden Robinson is very easy to talk with. She is relaxed and bubbly, laughing at everything and nothing. It’s how she disarms everyone around her. If you are at an event, you will hear Eden before you see her with the sounds of that joviality bursting from deep within her. It is that great Indigenous laugh you hear from your aunties and your sisters and it makes you crave to be a part of her orbit. I’ve only been in Eden’s orbit a couple of times, but in those moments, we have become friends.

This month, she releases Return of the Trickster, the third book in her Trickster trilogy, a coming-of-age series about a teenage boy who learns he comes from mystical shapeshifting stock. Although the first two books were widely acclaimed, finishing the series wasn’t easy. In January 2020, the west coast author took a trip to Toronto to promote the second installment, Trickster Drift, which was a finalist for CBC’s Canada Reads. It was then that her editor told her the first draft of Return of the Trickster was nice—but kind of boring.

“Everyone was happy, everyone was healing,” said Eden. “At that point I’d lived with the characters for so long, I didn’t want anything bad to happen to them.” She breaks into laughter adding, “So nothing did.”

Eden returned to Campbell River, B.C., where she was the writer-in-residence at the Haig-Brown House. She was also teaching classes and in mid-February, one of her students had an appointment with their dentist, who had just been at a dental conference in Vancouver. That conference turned out to be one of Canada’s first COVID-19 superspreader events. Everyone who was in contact with the student had to quarantine for two weeks.

The Haig-Brown House sits on a two-acre lot surrounded by gardens. It’s not a bad location to have to quarantine in—unless you have a lot of allergies. Eden cackles with laughter. “I was coughing and sneezing and I couldn’t tell if I had a fever or if it was the menopause. I didn’t know if I had coronavirus,” she said. But at least quarantine gave her time to work on a second draft.

“That’s when the tone of the book changed dramatically,” she said. Eden broke the book into chapters and each chapter into scenes, writing them down on stickies and putting them on a wall in order to follow all the threads visually. “In the mindframe I was in, that this is possibly the last thing I will ever write”—once again, she pauses to laugh—“everyone died, violent, horrible deaths. So that’s the draft I turned in before going home.”

Home is Kitimaat, B.C., a 90-minute flight north of Vancouver, or 16 hours by car through the interior of the province. The village of Kitimaat, which is home to the Haisla, sits across a fjord from the town of Kitimat. It is an 11-kilometre drive up and down mountain roads with hairpin turns just to do a weekly grocery shop.

Eden is Haisla on her dad’s side and Heiltsuk on her mom’s side. Her dad worked as a fisher and her mom worked in the local cannery. “They were both very frustrated artists,” said Eden. Her mother had wanted to be an actor while her dad had wanted to go into architecture or engineering, but the opportunities available to her parents didn’t allow them to pursue their dreams. Still, they remained unconventional thinkers. Eden’s childhood home didn’t really have rules when she was growing up. “You could eat wherever you wanted. We were always focused on reading. There were books everywhere in our house,” she said. ”

So, when she told her hard-working parents she wanted to be a writer, they were very supportive. “They would have done anything to help me get to my dream. It’s only now when I’m older that I realize how rare that is.” 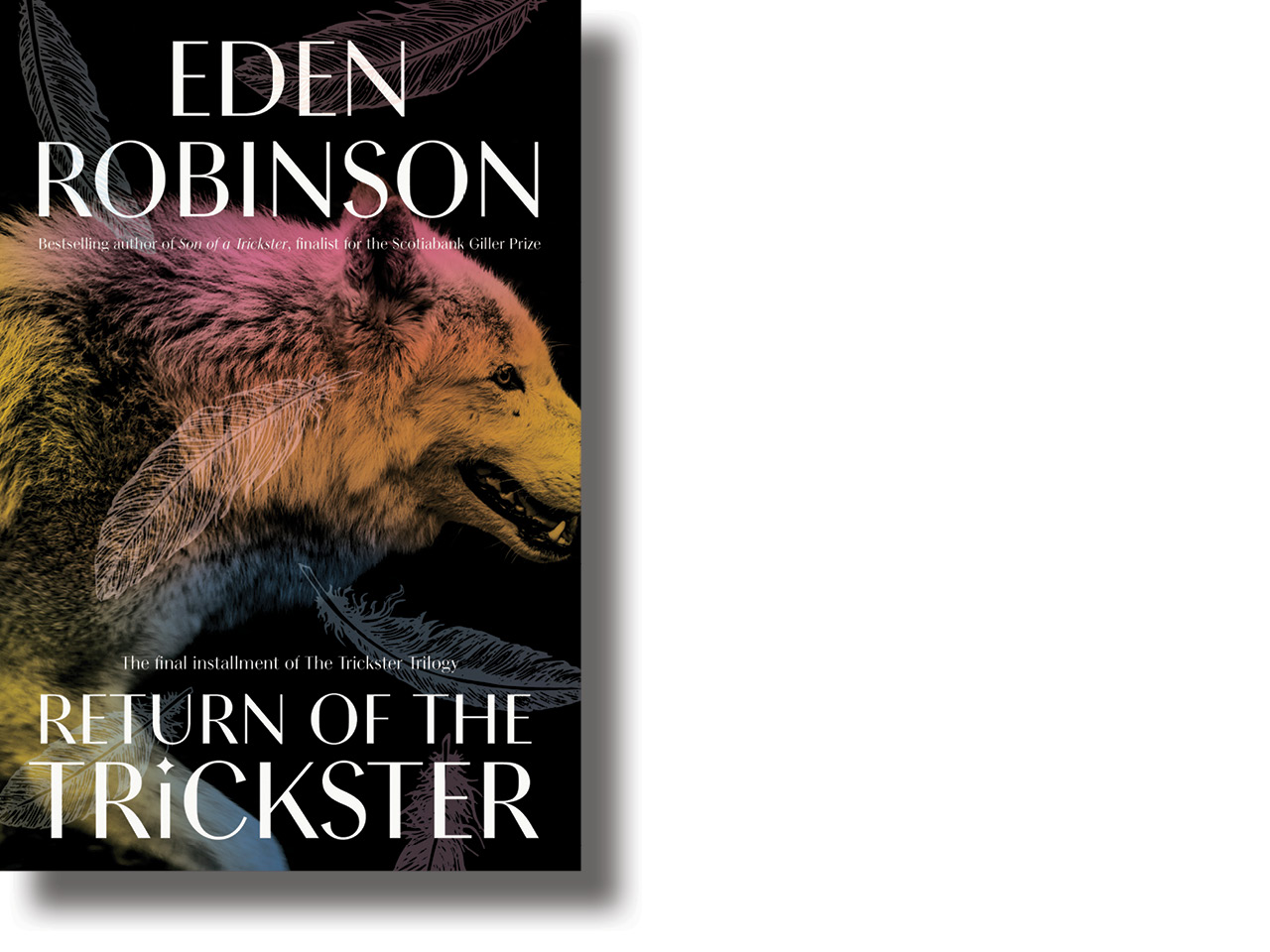 The pride Eden has for family is evident. It’s a pride that also extends to the Haisla. Eden is immersed in her culture and slips easily into stories of the land and the beauty that surround the fjord where Kitimaat sits. She tells me a story that will be the basis of her next writing project—but, she adds, it will only be for the Haisla and will not be released outside of their homeland.

Right now, there are fewer than 100 fluent speakers of the Haisla language: Eden pledged recently to donate any future author royalties from her Trickster series to the Haisla Language Authority to help keep their language alive. She made this announcement after reporters from CBC Indigenous questioned the Indigenous heritage of the producer of CBC’s TV series based on her Trickster books (I agreed not to ask about this as Eden has already made a statement about the debacle).

Her donation is an incredibly generous move for someone who professes to be extremely frugal. Eden bought a second-hand car only after the used van her sister gave to her wouldn’t make it another winter driving to and from the village to the town. Her cellphone is a model from 2015. She said she gets her saving instinct from her parents.

“You sock money away and you live on it during the lean times. It’s so ingrained into me, it’s super hard to buy new stuff,” she said. That frugality became necessary when she helped care for her dad, who lived with Parkinson’s disease in the last 10 years of his life. Eden split the caregiving with her mom, which meant putting most paying gigs on hold.

Eden has been back home for a year now—she talked to her cousins through the window when they came to leave fresh food and meals outside her door while she did another quarantine upon returning. Eventually, her mom’s panic levels came down, said Eden. This is when she tackled the third draft of Return of the Trickster. “And that’s what you see now.”

Her storytelling skill also comes from her parents, who Eden always asked for bedtime stories. Her dad talked about gravity engines and explained mechanical manuals to her. Her mom’s sometimes included different ways people could drown. “Saying it out loud sounds gruesome,” she said, that laugh coming out again. “But it was a deep fear of mine. It was a way of acknowledging it.”

Eden thought her mother made up the stories she told, and included one of them in her first novel Monkey Beach, about a sister recounting her life with shapeshifters and premonitions as she searches for her brother who is presumed to be drowned. At a reading, a fan told her the story in the book was based in fact. She has since apologized for not recognizing it to be real.

Eden settles into a serious moment as she recalls her dad’s ability to carry traditional knowledge and stories. Her dad also passed on knowledge to his daughter he thought was important when she was writing Monkey Beach. The two took a boat trip and stopped at places with stories her dad wanted her to remember.

“Dad was always insecure because he didn’t have a lot of formal education [but] it didn’t matter the way the world viewed him, my view of him had completely shifted,” she said about that boat trip. “ Every place had a history and he knew all that history…It was at that moment, I realized the depth of his knowledge was immense.”

Her dad was still alive when Son of a Trickster, the first book in the trilogy, was released in 2018: he told Eden that it was good, but he was very disappointed there were no sasquatches in it. To honour him, she said, she has written “a completely gratuitous sasquatch” in Return of the Trickster. And that deep belly laugh rings out once again.

Return of the Trickster is out March 2. For a review of the book, click here.