‘In Grade 3 I started stealing.’ Clara Hughes on her rebellious childhood

In this exclusive excerpt of her new memoir, Open Heart, Open Mind, Olympian Clara Hughes writes about her adolescent experiences of binge drinking, theft and sex. 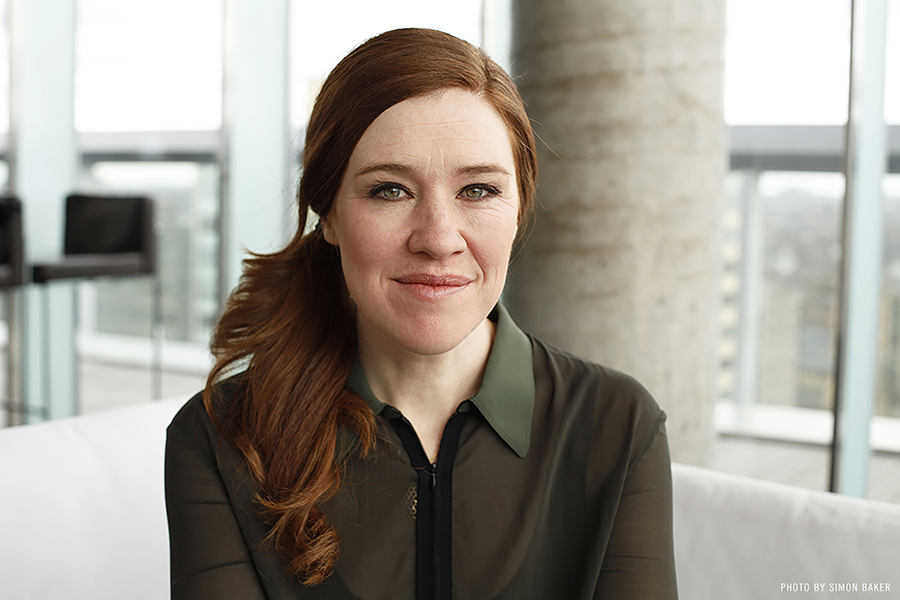 When I was in grade three, I forged a note from my mom. It said, “I give my daughter permission to buy twenty-five Benson & Hedges Deluxe Ultra Lights.” I handed it to the IGA clerk, along with a sweaty handful of dimes, nickels, and pennies, then held my breath to see if she would accept it. She did.

It was also in grade three that I started stealing. I was strong, and my sister, Dodie, was mean. We were a deadly combo, although it wasn’t long before she rocketed off into her own orbit. Dodie would stroll out of Zellers with curling irons, piles of makeup, and other stuff, but the first time I tried a big heist, I got caught. My friend and I stood in front of the candy counter loading our pockets with gum and chocolates. We were pretty obvious. A security guard grabbed us in the parking lot. “You can’t just walk out without paying.”

When he made us empty our pockets in front of a Dumpster, I had the audacity to say, “I can’t believe we got caught!” That was true. I was so used to seeing my dad get away with whatever he wanted that I thought this was how the world worked. Though that attitude would get me into trouble, in retrospect I think it also gave me the confidence and the capacity and the drive to achieve goals as an adult that otherwise might have seemed out of reach. Still, all that was a long way off. At the moment, I was just a kid caught sticky-handed by a guy in a uniform. When the store officials called my parents, I feared the Belt. All I remember was my father raving, “No daughter of mine is a thief!”

That must have made some impression, because I didn’t steal from stores again. Later, my friends and I did steal from our parents—booze and cigarettes, which I began smoking regularly in grade six. I also stole from my grandmother and was caught once again and felt bad once again. That still didn’t stop me from stealing when I could. I lacked a strong moral background and a firm grasp on what was right and wrong. I also remember my dad yelling, “No child of mine will ever go to a bloody church!”

Our Elmwood neighbourhood was a cross-section of humanity. I grew up with friends from Chile, Jamaica, India, Pakistan, the Philippines, and China, along with many First Nations kids. My dad used to say, “Clara, never put anyone below you, and never put anyone above you. There are good and bad people—you can’t deceive yourself into thinking otherwise—but this has nothing to do with race or income.”

I liked the fact that Elmwood gave me a chance to experience the broadness of life, but it was also a rough, hardscrabble neighbourhood where you could get into all the trouble you wanted, and then some.

Related: Four reasons to take a break from booze

After my dad moved into his own apartment, he gave my mom the house, along with the task of bringing up Dodie and me. At forty-six, my mom learned to drive. She also took a nine-to-five job as a secretary at city hall. She held things together as best she could, but after my sister and I shed my father’s strict expectations, we grew up fast. Too fast. When my mom tried to spank us with a spoon, we just laughed. It was a mean thing to do, and I felt terrible afterward, but Dodie didn’t seem affected at all.

When I was thirteen—Dodie’s age when she moved out—I drank for the first time. Extra Old Stock because it was the beer with the highest alcoholic content. The bottle was heavy, and the booze syrupy and strong, but it wasn’t the taste I was after, it was the fast fix. I chugged about eleven beers, probably in record time, and ate a bag of ketchup chips. After that, I phoned my mom, waking her to tell her I was staying all night at a friend’s house. I didn’t want her to see me drunk.

Mom gave me one of her typically patient responses, “Okay, dear, I’ll see you in the morning.”

I fell asleep, then barfed all over myself and my friend’s bathroom floor. If I’d been on my back, I might have choked to death. I had no sense of consequences. Even after that, I kept right on drinking.

Related: How to Talk to Kids About Alcohol

At thirteen, and already five-foot-nine, I could pass as eighteen, especially wearing lots of makeup. That meant I was able to buy beer using a fake ID, which a guy at school made in his drafting class. After I lent it to a friend, she got caught at a bar. Because my name was on it, the vice squad called my mom, then interrogated me. They asked where I got the ID, which was of good quality. I told them it was from an Indian downtown, because I knew that was vague enough and plausible enough that no one would be blamed.

From twelve to fourteen, I was enthralled with heavy metal bands like Judas Priest, Iron Maiden, and Mötley Crüe. I wore their T-shirts, along with a Harley-Davidson hoodie. I was a headbanger, violently whipping my head back and forth, with no sense of whether the music was good or bad. I was still trying to be like my sister, whom I scarcely knew anymore.

When I was around fifteen, my music tastes shifted to British new wave and electronic bands like Depeche Mode, and I began drinking big time. It was usually hard liquor, especially vodka straight from the bottle. The goal was always to get plastered. I was a happy drunk and fun to be around, until I reached the point of no return and puked all over myself or passed out under lampposts. Yes, I actually did that. I had alcohol poisoning so many times, without going to a hospital, that hard liquor seems like paint thinner to me now, so I usually avoid it. Back then, I was just socializing, doing what everyone else was doing, without understanding that putting these substances into my body could have serious long-term repercussions. On a deeper level, I believe that the alcohol and the drugs were my way of pushing down all the things inside me that I couldn’t face—my confusion, my sense of failure, my self-hatred, my inability to fix my family.

At first, my drinking buddies were friends from school and the neighbourhood, but then I began partying with gangs who hung out downtown. We’d go into parking garage stairwells to get hammered, sitting on the concrete floor, sharing vodka or whatever anyone had. It was ugly drinking, and we’d buy weed indiscriminately. We didn’t care from whom. Still, I smoked only occasionally, because I hallucinate easily, hearing and seeing things that grow and shrink. That made me feel out of control in a way I didn’t like.

After we were completely shit-faced, the bunch of us would take a bus to a teenagers’ nightclub called Changes, where drinking wasn’t allowed. Why they let us in, I’ll never know.

During this period, I was switching friends all the time, going from group to group. I was also a fashion chameleon, rotating my style in about six-month phases to blend in with everyone else. If the other girls sported tight jeans, red lipstick, and black eyeshadow, that became my uniform. If they wore their hair curly or feathered back, so did I. At one point, I shaved half my head, leaving my hair shoulder-length on the other half. I was being rebellious, but without any individuality—a follower rather than a leader. I never saw myself as attractive. I had different boyfriends, none of whom lasted. I would be drawn to someone because I imagined being with him would make me feel the way I wanted to feel about myself. Since that never happened, I would get bored, decide he was the wrong guy, and want out.

When I was an adolescent, my mom had given me a book about menstruation and sex, suggesting that we look at it together. No way! Around thirteen, I started sleeping around, which was as normal for my group as the drinking. I didn’t know what I was doing—young, drunken fumbling, random and detached from any sense of reality. The sex was never memorable, or connected with love. Sex as a loving experience happened for me only much later in my life. 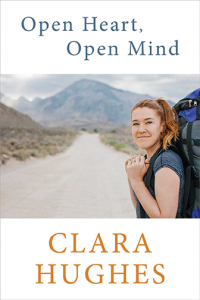 A lot of elite athletes never had much of a life before they began competing, but I’d already had several. While the memories aren’t great, they’re mine, and probably more normal than those of the kid who is institutionalized early into competitive sport. For all my problems, I’m grateful that I never was that senior athlete who realized she’d done nothing but train all of her life. I knew how it felt to drink and party and do drugs, so after I became good at sports, I didn’t need to find out what I’d missed, though I did regress when depression hit me later. Even as an adult, I didn’t know for a long time who I was, but I always felt I would somehow be able to channel my energy toward something positive, and I still do.

Excerpted from the book Open Heart, Open Mind by Clara Hughes, published by Simon & Schuster Canada. Reprinted with permission from the publisher.