The policy big shot talks about achieving work-life balance, empowering dads and what she learned about criticism from Hillary Clinton. 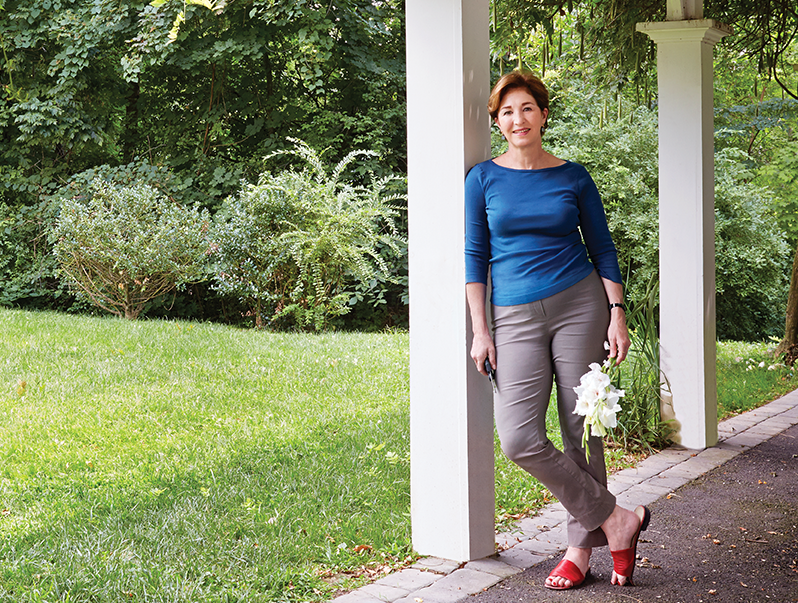 Anne-Marie Slaughter used to tell her female students at Princeton that it was quite possible to have it all. She was living proof: A law professor and the dean of the Woodrow Wilson School of Public and International Affairs, she had a flourishing family life and blindingly bright professional prospects. In 2009, she landed a dream job — director of policy planning at the U.S. State Department, the first woman in the role — complete with a dream boss in Hillary Clinton, then secretary of state. Slaughter even had a dream husband, a fellow professor who looked after their two kids in New Jersey while she worked 18-hour days in Washington, D.C., returning home only on weekends.

But by early 2011, when Slaughter was in line for an even more exalted government job, her oldest son was in full-fledged teen rebellion mode, complete with visits to the police station. Something had to give. “Deciding to choose family over career felt like heresy” to Slaughter, a staunch feminist, but she chose home and returned to academia. The move prompted Slaughter’s realization that “women still can’t have it all,” to use the headline from her 2012 Atlantic cover story, which instantly went viral. The average workplace isn’t structured to accommodate the ebb and flow of families’ needs, she argued, yet working parents who put kids first are made to feel like failures — wimps, if they’re men, or throwbacks who’ve betrayed the cause, if they’re women. In Unfinished Business, Slaughter, now CEO of a prestigious think tank, expands on that Atlantic article, re-examining her core beliefs and proposing a new direction for feminism, one in which putting family first isn’t viewed as a step back — for women or for men.

You and Sheryl Sandberg both look at the same problem — the dearth of women in top jobs — but she says that women need to change themselves, to lean in and be more assertive, while you argue that society itself needs to change. It’s a much taller order. Where should we start?

By talking very openly about the fact that all of us have a competitive side and a caring side, and to be whole human beings, you have to be able to express both. What we’ve done in the women’s movement is to liberate women to be like their fathers, to be the breadwinners, but we’ve ignored that caregiving side. And men are still in straitjackets, valued only in terms of this vision of the strong, powerful man bringing home a paycheque.

So society doesn’t accommodate caregiving. And before you reached your own tipping point in Washington, you really questioned the value of it too.

I would never have said, “Gee, there’s no value in being a stay-at-home mother,” but yes, I believed that paid work was more important than work done at home. I would say now that both are equally important. To care for others is to invest in them in a way that demands learning and patience and responsiveness and knowledge of how to make the other person flourish. When you take care of a child, you are forming that child’s brain. You are literally shaping the synapses! It’s not just bathing, feeding and dressing. Economists would say we’re investing in human capital, the single most important thing a society has.

Foreign policy is your life’s work. When you wrote in the Atlantic about your own pull to be home with your kids, did you worry you’d be viewed as less serious?

I was wildly misunderstood, and to this day, I get introduced as “Anne-Marie Slaughter, who says women can’t have it all.” I’ve spent my whole life fighting for women’s ability to have a career and a family. Now people are saying I stand for the opposite of what I believe. But I worked for Hillary Clinton for two years. There’s a woman who’s had everything said about her. And her view is, “The dogs bark, but the caravan passes — you go forward, you make your case and you simply let it slide off you.”

What did Clinton think of your article?

I think she understood my choice and respected it, and there’s an endorsement from her on the back of my book. She continues to be a real role model for me. Watching her invest in her own family and watching her pride in her granddaughter, I never have any doubt that her family is as important to her as her career.

Did she ever say, “Anne-Marie, you should come back to the State Department — we can make this work”?

She and her chief of staff could not have been more supportive. But Hillary Clinton couldn’t say to the Egyptian government, “Hold the revolution, Anne-Marie will be back on Monday.” She deserved somebody who could be completely full-time and hands-on, and so did the taxpayers.

But you also wanted to go home to your family. Why was that so hard to admit, even to yourself?

My husband was doing a very good job on his own, but my son was going through a difficult time and we needed all hands on deck. So I knew that I needed to come home. Much harder was acknowledging that I just didn’t want to look back at the end of my life and realize that I had missed the last four to six years that my children were at home. It was like peeling away the layers of socialization. I had been socialized to think that my highest value was in the workplace. But I just knew that I was going to look back and think I’d made the wrong choice.

Related: How working in war zones helped me be a better mother

Didn’t you have twinges of regret? Arab Spring, Bin Laden’s death — 2011 would have been an extraordinary time to be at the State Department.

I would read the paper and think that it would be wonderful to be there, without question. But I still had work that I loved doing: writing, speaking, managing. And I would say to myself, “I hope there will be a later time when I will be able to work in foreign policy. The world will still be there. And it will still be complicated.” It’s about prioritizing what won’t come again.

You say that women’s own double standards — believing we’re better with kids, for instance — create more work for us and also make men feel insecure about their abilities at home. What are two practical things we could do right now to address that problem?

The first is not making to-do lists. We can make lists for ourselves, but stop making the list and handing it to your husband! Whatever division of labour you’ve got, it’s up to him to do it however he wants to. The second thing is to ask yourself why you’re so certain that you know what to do and he doesn’t — why you’re so certain the house should look the way you want it to look, or why your division of time is the correct one, or why it’s more important for a child to put away his clothes than to be out pitching a ball. Women often say, “Oh, he’s the fun parent and I have to do all the work.” But the fun parent is still investing time, even if he’s teaching them how to play poker.

How did you get past your own double standards?

I look at [my husband] Andy and see a really strong man, a man who’s secure enough that he wants to break the male mould in the same way that I hope to break the female mould. He parents differently than I do, and he certainly organizes the kitchen differently than I do. That could drive me crazy, but what I see is a husband who’s supporting me. At the outset of my marriage, I’d have said, “I want a guy who’s my equal, and that means he’s going to earn as much as I am and be equally successful in his career.” Believe me, my husband is plenty successful, but I think most people would say that I have a bigger career. Over time, I’ve come to see that without him doing what he does, I can’t do what I do, and I’m an incredibly lucky woman to be with a man who breaks that mould.

What about the men who aren’t as enlightened, the ones who are quite satisfied not to do any caregiving?

We tell them, “You think you’re satisfied, but you’re leading half a life. You will not harvest the treasure trove of relationships with your children, your parents, your spouse, your siblings, your friends that will sustain you for the rest of your life unless you invest in care.” There are two things that men regret most at the end of their lives, which we know from a wonderful hospice nurse, Bronnie Ware, who wrote a book about it. Number one, men said, “I wish I’d led the life I wanted to lead rather than the life others expected me to lead.” The second thing men say on their deathbeds is, “I wish I’d spent more time with my family.”

There are real barriers, though. For instance, there’s a stigma, as you point out, attached to men who take family leave. How do we change that?

CEOs should model taking family leave. And I think we have to praise the men who do, enormously. We have to shift what we think of as a good man. We know how to do this because we just spent 50 years shifting what we should aspire to as women. We now have to say, “This is what it means to be a man,” and see a guy who’s every bit as confident embracing his children as he is bringing home the bacon. A man who doesn’t think his family is every bit as important as his work — a man who would in a crisis say, “I’m not going home even though my child needs me” — that’s not a man I want to hire. That’s not my definition of character.

Like you, I have two sons. What should I be teaching them?

The most important thing to teach your boys is that they should aspire to caring roles as much as competitive roles. It will be as important for them to be fully engaged fathers and sons —they will need support some day! — and husbands and brothers and friends, as it will be for them to pursue their professional life goals.

It’s interesting that you served in the deepest trenches of the State Department, yet emerged still believing it’s possible to change the world. Have you always been an optimist?

I was born in 1958 when, if women were prosperous and white, they didn’t work and were valued only in the home or as sex objects. Now I’m watching a woman running for president, watching women hold every job out there. So of course I’m optimistic, because I’ve watched great and positive change in the world. We live in a society where a man can marry a man and a woman can marry a woman — if we can do that, we can surely do this!

More Chatelaine Q&As:
Prime Minister Stephen Harper on child care and why some women might have trouble attaining positions of leadership
Margaret Atwood on modern love, government snooping and what counts as normal
Camilla Gibb on heartbreak, hope and the family we choose