Nothing is black and white in this novel where racial tensions come from within. 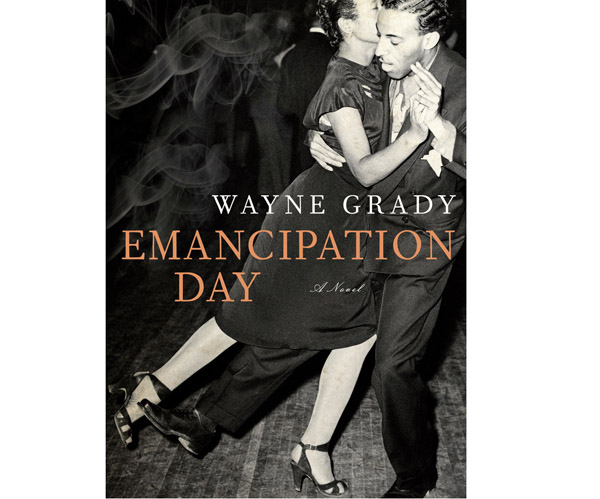 Jack Lewis is trying to escape his past. Growing up with light skin in a black family during the highly segregated 1930s, he feels alienated from his roots and rejected by his father. In an effort to find his place, he fabricates a new family history. But can he really distance himself from the truth?

What it’s about: Jack Lewis carefully orchestrates every detail in his life to reflect the man he believes he should be. As far as he’s concerned, being black is a liability — he’s watched both his father and his brother get pummelled by a racist mob. Because Jack can pass for white, he lands a spot in an all-white jazz band. With the charm of a young Frank Sinatra, Jack captures the eye of Vivian, a girl so fair he nicknames her Lily. Her family objects to their whirlwind romance, but soon it’s Vivian who questions her choice after discovering he has secret upon secret. For Jack, the eternal dilemma is whether we can successfully carve out a future if we reject our past. The answer occupies a distinctly grey area, one Wayne Grady fearlessly explores to expose heated race relations and the masks we all assume.

The inspiration: Grady’s novel took shape unexpectedly. Looking at the 1900 census, he discovered his father had African-Canadian roots. “I saw ‘black’ in the column for ‘colour’ after my great-grandfather’s name,” he says. “I nearly fell off my chair.” In writing about Jack, Grady brought his father’s obscure past to life — and experienced clarity. “I found myself understanding what my father must have gone through in order to accomplish his deception. He could not simply pretend to be white; he had to actually believe he was white.”

Why we love it: Grady’s novel reads with the velvety tempo of the jazz music of its day. Like a deft conductor, he seamlessly brings in his main characters’ voices in alternating chapters throughout the novel. By switching between perspectives, Grady gives the reader insight into each character’s challenges: Jack’s father, William Henry, who can’t reconcile the colour of his son’s skin; Jack, who struggles to rewrite his past; and Vivian, who wants to love a man she knows is a liar. “Every action we take, no matter how well-intentioned, has enormous, long-lasting consequences,” says Grady. “No one lives in a vacuum. No one can completely cut themselves off from the past.”

Behind the scenes: Writing the novel was very much an act of therapy. “When I began, I was still angry with my father for having cut me off from my family background . . . or any sense of a past,” Grady says. “But I had to let that go in order to write. I had to put myself in Jack’s position and understand his pain. That helped me get over my anger at my father.”

Emancipation Day by Wayne Grady, $25 Available at Indigo.ca and Amazon.ca.