2 New Canadian Thrillers: The Push And The Captive

For years, every scary, female-centric book has been sold as “the next Gone Girl,” but none have ever lived up to the hype. Now, the wait might finally be over. 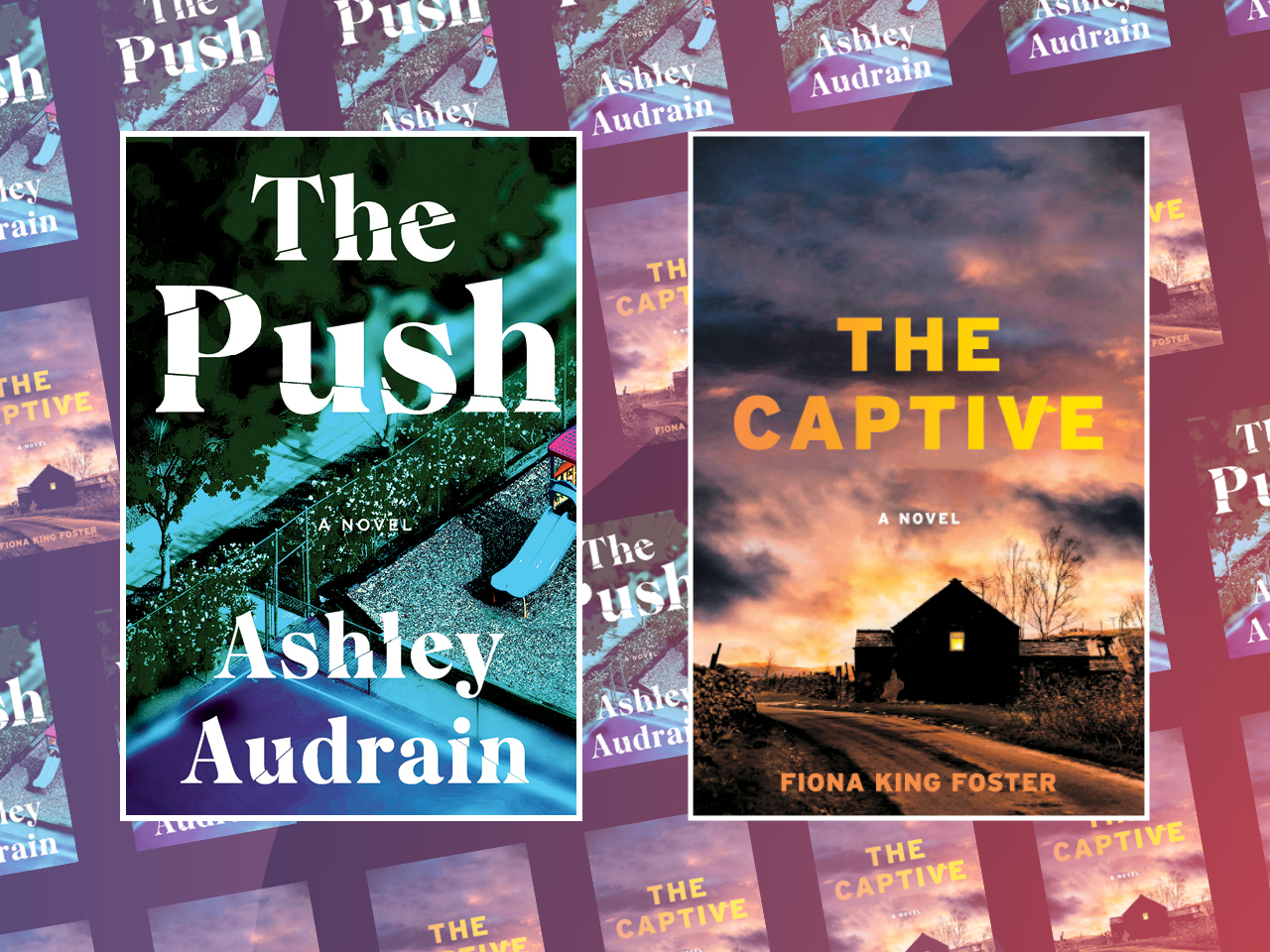 In 2012, British author Gillian Flynn took the lit world by storm with Gone Girl, a dark, twisty relationship drama that launched a genre of compulsively readable, predictably unpredictable, female-focused fiction dubbed the “domestic thriller.” For years, every scary book with a female protagonist has been sold as “the next Gone Girl,” but none have ever lived up to the hype. Now, with the release of two buzzy thrillers from Canadian authors, the wait might finally be over.

Option 1: The Push, a timeline

1982: Ashley Audrain is born in Richmond Hill, Ont. As a kid, she reads voraciously (the Baby-Sitters Club series is an early fave).

2000s: Audrain graduates from Western University. She starts working in PR, but the book bug has bitten her. At night, she takes continuing-ed classes in fiction writing.

2013: Audrain becomes the director of publicity at Penguin Canada. She works with authors including Liane Moriarty (Big Little Lies).

2015: Audrain leaves publishing to parent her sick son full-time. Writing becomes therapy and a way to maintain a non-mommy identity. Her themes—challenging expectations around motherhood—are loosely inspired by personal experiences. But her protagonist, Blythe, has a waaaaaaay darker experience.

2017: Big Little Lies debuts on HBO, then cleans up at the Golden Globes and the Emmys. The show’s success—spearheaded by celebrity bookworm Reese Witherspoon—proves the growing power of #bookstagram.

2019: Audrain signs with the prestigious Madeleine Milburn Literary, TV & Film Agency in London. She lands a two-book deal rumoured to be worth US$1.2 million in the U.K., plus another seven-figure deal in North America.

2020: Britain’s Heyday Television triumphs in a nine-way bidding war for movie and TV rights for The Push. So far, no word on who will star. Paging Reese Witherspoon….

But wait! Toronto author Fiona King Foster is also getting plenty of buzz with The Captive. It’s also a thrilled, and happens to be perfectly suited to this moment of isolation–Booklist calls it a “propulsive wilderness adventure, made all the more chilling by its shockingly realistic vision of a country ravaged by culture wars.”

What’s it about?
Brooke Holland lives in a secessionist state with her husband and two daughters, totally cut off from the modern world. Their rewarding—if back-breaking—life gets thrown into chaos when the arrival of an escaped convict causes Brooke to confront her traumatic past.

Will I like it?
Do you like Truman Capote novels? A Quiet Place? That movie where Jennifer Lawrence eats squirrel meat? “Rural noir” is a genre of crime fiction known for dusty backdrops, down-and-out characters and absolutely zero iProducts.

Should I read The Captive or The Push? Take this quiz to find out.

1. You consider yourself a
A) country mouse
B) city mouse

2. Your favourite TV show is
A) Big Little Lies
B) Breaking Bad

3. Your ideal bad guy is
A) A murderous psychopath
B) A potentially psychotic six-year-old

Mostly As: The Captive. What better time to read about people opting for a socially distant existence on purpose?
Mostly Bs: The Push. Prepare to view motherhood through the “dark and disturbing” filter.