From creative tales that reflect the ferocity of love to haunting thrillers and a true story about a 13-year-old girl foray into filmdom, here are some of the best books released this year. 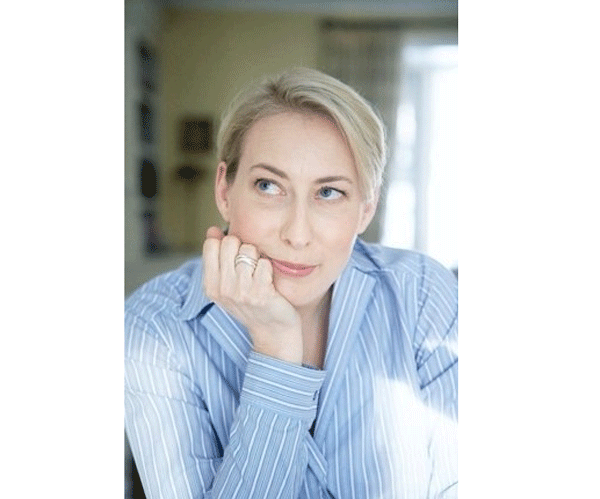 Late every fall, I start thinking about my list of the year’s favourite books – the ones I love personally. Coming up with such a list may sound easy, but it’s not, since I read so many wonderful books each year.

Removing our Chatelaine Book Club Picks from the running helps – we’ve already given them plenty of attention. A few are particular favourites of mine: A Tale for the Time Being by Ruth Ozeki, Life After Life by Kate Atkinson, The Signature of All Things by Elizabeth Gilbert and The Goldfinch by Donna Tartt will always have a special place on my bookshelves.

There are also 2013 books you may be surprised haven’t made it onto my list, but many don’t get to me in time to consider for the magazine, so I just pile them up in the hopes that eventually I will get to read them! Just three off the top of my head that I’ve heard great things about are Meg Wolitzer’s The Interestings, Kevin Barry’s City of Bohane, and Suzanne Rindell’s The Other Typist. (Trust me, there are oodles more.)

But of those I have read, these are the ones that resonate (listed in no particular order).

The inhabitants of an unnamed village are thrown into turmoil when three strangers suddenly appear in their midst and stand accused of a crime. As they struggle to come to terms with what is happening, their new master schemes to shift from sheaves to sheep – or wheat to wool production – thus displacing them from the land and lives they’ve known for centuries. This tiny brilliant gem was shortlisted for the Man Booker Prize, and it’s the book I think should have won. Crace’s evocation of the rhythms of rural life and the natural world is superb; his language sublime. Crace has said he will retire now; if he does it will be a huge blow to the world of literature. 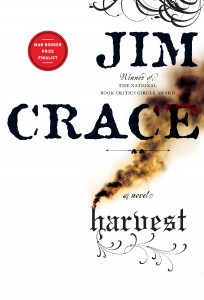 2. Nocturne: On the Life and Death of My Brother, Helen Humphreys.

Overcome with grief when her brother, a classical pianist, died of cancer a mere four months after being diagnosed, author Helen Humphreys found it impossible to write anything other than letters to him describing the devastating course of events. Those letters became this book, a meditation on grief and the loss of the person who had accompanied Humphreys on her creative journey through life. The writing is subtle and understated, as is always the case with Humphreys, but ultimately incredibly wrenching. 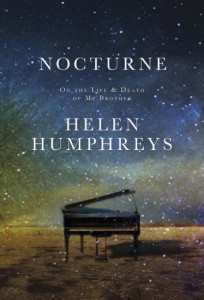 Ren Daiyan is a man who feels he was born to fight and regain control of an entire kingdom. Lin Shan is a woman who has been taught things women never are and has captured the attention of an emperor. Together can they change the course of history? Set during the 12th century in a realm that resembles the Song Dynasty of China, this novel is an epic read with a sprawling canvas of characters and exquisite prose. In it, Kay raises questions about destiny, desire and the dangers of misinterpreting the past. For fans of historical fiction, not just fantasy. 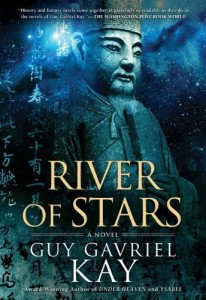 Genetics professor Don Tillman has Asperger’s and has never had a second date in his life but is nonetheless determined to find a wife. He comes up with a brilliant plan: a 16-page questionnaire designed to detect the perfect mate. When a woman named Rosie shows up in his office one day, he’s certain she’d never pass the test. But as the two search for Rosie’s biological father, they become friends, and Don can’t help but wonder if Rosie is the one he’s meant to be with – despite her obvious shortcomings. A hilarious take on what it means to truly love someone and how we define “normal.” 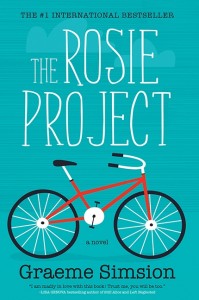 The Rosie Project by Graeme Simsion

On a unnamed beach a desperate homeless woman tries to find shelter and food. The residents of the nearby town could be potential enemies or allies to this displaced but dignified woman. Who is she? Where does she come from? And how did she end up here? A searing read in which Maksik doles out information ever-so slowly and to devastating effect. 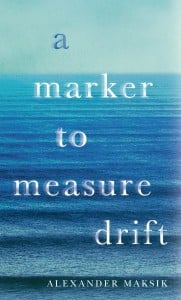 A Marker to Measure Drift by Alexander Maksik

A collection of stories contemplating the vastly different types of love. Don’t expect soppy sentimentality: These wildly creative tales reflect the ferocity of love, how the unexpected, forbidden, illicit and illegal play out on our psyches, how love begins and what is left when it abandons us. From the intensely violent “Tristiana,” which follows a Bonnie and Clyde–type couple who survive a killer winter, then cling to each other into apparently doddering old age; to the farcical yet sensual “Uncle Boris Up In a Tree,” about a family circling around, into and out of love; to “Savage Love,” which follows friends forever competing for the same women; this is love as you have never seen it before. 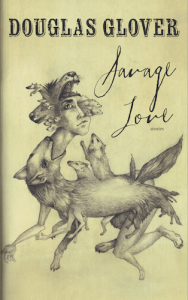 7. The Golem and the Jinni, Helene Wecker.

Chava is a golem, a being born out of darkness and dirt, summoned into existence by an evil rabbi and brought to the new world by a man who drops dead shortly before their ship weighs anchor in the New York harbour. Ahmad is a jinni, released from his bottle by an unwitting Syrian tinsmith. The golem and jinni form an unlikely yet touching friendship, but their alliance is soon threatened by culture clashes – and the crazed genius who created Chava. Wecker’s magical tale brings late 19th-century Manhattan to life and is delightful entertainment for a dreary winter day. 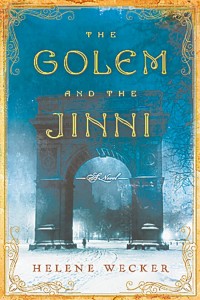 The Golem and the Jinni by Helene Wecker

In a tiny Chechen village, a young girl hides after her father is kidnapped in the middle of the night. At great risk to himself, a neighbour rescues her, carrying her to a nearby city hospital where he begs the sole doctor to care for her. The doctor reluctantly agrees on one condition: that the man stay to work for her. These three troubled characters revolve around one another in a dance for survival, as their stories and those of their families, friends and enemies from the past are slowly revealed. Haunting in its depiction of what people will do to each other, as well as how far they will go to help each other. 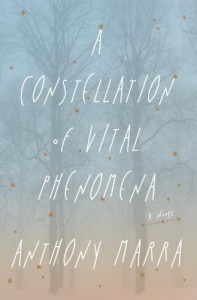 A Constellation of Vital Phenomena by Anthony Marra

Hannah Weyer’s book about a black teen in the projects of New York who dreams of a better life is based on the true story of Anna Simpson, who worked with Weyer’s husband, Jim McKay, on the movie Our Song. When 13-year-old AnnMarie sees a poster advertising auditions for a film role for a pregnant teen, she embarks on a journey to the other side of the city, even though she’s never been away from home before. Unbelievably, she lands the starring role. But is AnnMarie’s foray into filmdom the way out she thinks it will be? Weyer’s skill at capturing her characters’ cadences is pitch perfect, and AnnMarie is someone readers will embrace for her determination to get ahead ­– even as they wince at each misstep she makes. 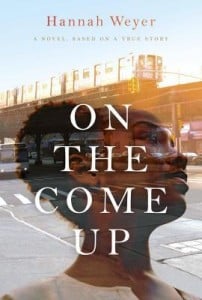 On the Come Up by Hannah Weyer

When an English woman and her two teenage children move into a house on the outskirts of a Croatian village after the War of Independence, they’re quickly befriended by a local handyman who offers to help them fix things up. As time passes, though, it becomes evident that other villagers aren’t keen to have outsiders around – and they start making their unhappiness known. At first this book appears to be the lighthearted story of a family on vacation, with a possible romance sideline, but don’t be fooled. The town is one with hidden secrets and Forna expertly steps up the tension, unveiling more and more of the threat that lies behind the characters and the seemingly quaint village as the past comes to be revealed. 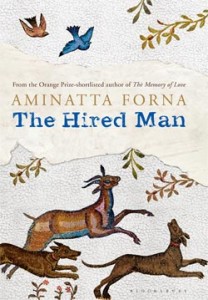 The Hired Man by Aminatta Forna