A woman's search for answers about a black soldier's death will open your eyes to truth and love. 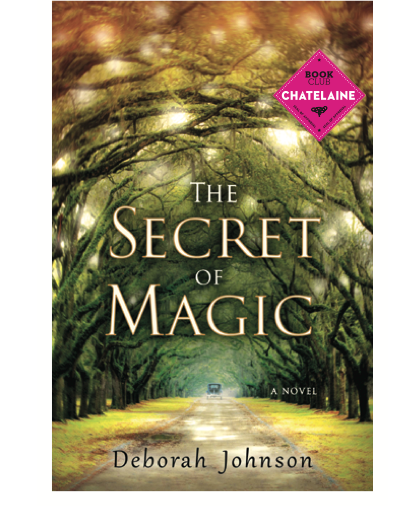 What it’s about: After a highly decorated African-American war hero is murdered when he returns home to Mississippi in 1946, legendary lawyer Thurgood Marshall receives a letter signed by M.P. Calhoun, the most reclusive author in the country, asking him to make inquiries. Marshall sends Regina Robichard, an idealistic black lawyer, down south to investigate. She discovers no one is talking, and nothing is as it seems. Can Regina coax the secrets surrounding this death into the open?

Why we love it: There’s a certain art to storytelling in the South that Deborah Johnson, herself from Mississippi, captures brilliantly. She deftly explores the power of words and legends — and the devastation wrought by the shattering of illusions. The complexity of race relations in a troubled transitional moment in America’s history is provocative on its own, but Johnson ups the ante by making the lawyer investigating the case not only young and female but also black.

The inspiration: Johnson based the novel on a real attack in which soldier Isaac Woodard was blinded. “I still remember the visceral reaction I had when I read his story the first time. I knew I needed to write about it.” She admits the hardest part was “not to make all the blacks saints or martyrs and all the whites monsters.” Her favourite character is M.P. Calhoun. “I love her. She’s so flawed — and so human. She’s more like me than anyone else in the book. She’s also like many of my closest friends — both black and white.”

2. Gender roles past and present

3. Familial love and that of friends, and how both can be strong motivators.

On writing: “I always wanted to be a writer. I don’t remember exactly the first time I put pen to paper, but I do know my mother encouraged me. She bought me my very first Smith Corona typewriter and told me to sit down and use it. It never seemed to occur to her I couldn’t do what I set out to do. What a mom!”

What’s next: “A classic ghost story. I live in a land of ghosts and legends — the hilly part of Mississippi that leads out from Alabama — and this particular tale will take place in the ’20s and ’40s during the birth of the blues.”

The Secret of Magic, Deborah Johnson, $28.