A near-death experience changes one woman's perspective on the world of what might have been. 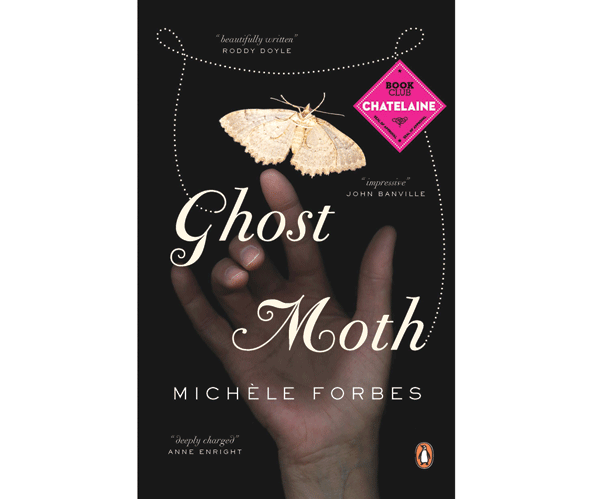 What it’s about: Who doesn’t have the occasional what-if moment? Katherine Bedord’s days are governed by them. But she keeps them well hidden as they could ruin the life she’s carefully constructed. Then one afternoon she and her husband, George, take their four children to the seaside, and Katherine panics when she gets out of her depth while swimming in the Irish Sea. As she struggles to stay afloat, long-forgotten feelings rise to the surface, feelings she can no longer ignore. The story is told in two parts, which take place in alternating chapters set in 1949 and 1969, two years that straddle pivotal events in the novel.

Why we love it: Forbes’ poetic language captures the soulfulness of Ireland while the story chronicles two very different points in Irish history. It’s an engaging plot with a dramatic sense of time and place, peopled by exquisitely drawn, fatally flawed characters wrestling with love and all its complications.

The inspiration: Forbes was watching a television program about British poet Edward James’ surrealist garden in Mexico. During the show a cloud of beautiful butterfiles known as ghost moths descended on James’ friend. “The image of this young man’s body covered n butterflies stayed with me,” she says. The insect gave the book its name, and a similar poignant moment is woven into Katherine’s history. “It was also important for me to emotionally reconnect with Belfast, the city in which I was born and which I left when I was a teenager during the 1970s. I wanted to capture that same place.”

1. The difference between quiet, steady spousal love and a fiery passion.

2. The effects of civil war, religion and underlying violence.

Behind the scenes: Forbes is a popular U.K. television and theatre actor. She also writes scripts and short stories.

On the writing: “As an actor, one can sometimes feel creatively underused,” says Forbes. “I wanted to see if I had a voice, a singular energy as opposed to the collaborative voice that fuels theatre.”

What’s next: “Forbes has to put her pen down when she’s acting, but a second novel is under way. “My grandfather was manger of two theatres in Belfast, and I inherited an autograph book of all the music hall acts that played there. My second novel, set in the 1920s in Ireland and America, follows a fictional married double act who find themselves on the run.”