Best young adult fiction to get your kids

There’s a chill in the air, the leaves are slowly turning and kids everywhere are heading back to school. Keeping with that theme, here’s a completely unscientific roundup of our favourite YA books. Did any of yours make the list? 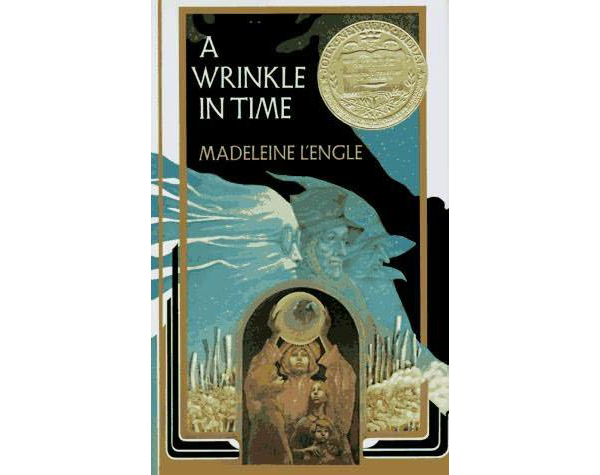 There’s a chill in the air, the leaves are slowly turning and kids everywhere are heading back to school. It’s enough to put anyone in an academic frame of mind, right? Only I would gladly skip the essay-writing, math-testing and homework-doing in favour of reading some quality Young Adult fiction—that’s more than enough school era nostalgia for me! Here’s a completely unscientific roundup of my absolute favourite YA books. Did any of yours make the list?

A Wrinkle in Time, Madeline L’Engle (image on left)
The first in a totally gorgeous YA series, this is the first fantasy book I ever read and is still one of my faves. The main characters—awkward, sensitive Meg Murray, her super-genius five-year-old brother Charles Wallace and Calvin O’Keefe, a popular, athletic, older boy—travel around the universe in their quest to save Meg and Charles Wallace’s scientist father, who had been experimenting with time travel and has become trapped on the planet Camazotz. I could so identify with Meg, who always felt so out of place. I felt better when I realized that my family wasn’t so different from the close-knit, off-beat Murray family, and I wanted a Calvin of my very own. 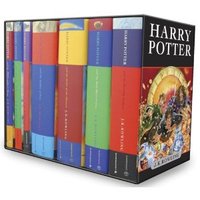 Harry Potter series, J.K. Rowling
The series was not without flaws—for instance, sometimes Harry Potter himself kind of annoyed me (don’t judge! You know you hated all the capslock rage in Book 5!)—but the sheer scale of J.K. Rowling’s world-building 100% made up for it. The entire HP universe felt real, even with the house elves, magic mirrors and broomstick sports. It should come as no surprise to anyone who knows me that I totally identified with bookworm Hermione, but many of the other characters were just as compelling, interesting and sympathetic. Not to mention Rowling is pretty much single-handedly responsible for making YA, sci fi/fantasy and hell, reading, cool again. 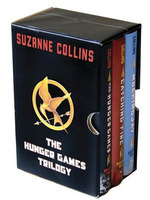 The Hunger Games trilogy, Suzanne Collins
Oh my God. I can’t even begin to explain how much I love these books. I only started reading them when Mockingjay was released, so I very luckily missed out on the wait between Books 2 and 3, which was such a good thing because I burned through all three books one after another. They were all I could talk about for days afterwards. I loved the characters (especially Katniss, Gale and Cinna), the story, the scary but still realistic dystopian future, just everything!

If You Come Softly, Jacqueline Woodson
This was not a hugely famous book, but I read it when I was 14 and it has stuck with me ever since. It’s about two kids—a rich, Jewish girl and a poor, black boy—who meet and fall in love at an exclusive prep school. Heartbreaking and beautiful. 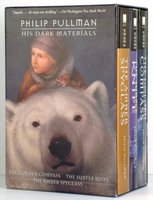 His Dark Materials trilogy, Philip Pullman
I loved, loved, loved this trilogy. Set amid a multiverse of amazing worlds (one is much like ours, only it seems Reformation never happened, another, Cittàgazze, has been recently, and mysteriously, deserted), it follows two children named Lyra and Will on their separate, but linked, coming of age stories. The travelling through space and time was amazing, but the relationships between characters and the absolutely perfect—but so tragic—ending were even better.

Island of the Blue Dolphins, Scott O’Dell
This one was an earlier read—I was maybe nine or 10? Based loosely on a true story, it’s about a young woman named Karana who is stranded on a deserted island off the coast of California for years and years. I re-read this book so many times, I started daydreaming about being Karana and catching my own food, wearing a skirt made of cormorant feathers and having a wild dog named Rontu as a pet.

Born Confused, Tanuja Desai Hidier
The details were different (the main character, Dimple, is Indian-American and I’m Trinidadian-Canadian), but it was so amazing to me to read a story about another teenage girl who was trying to live between, and within, two cultures.