In this interview with legendary mystery writer Sue Grafton, we asked her everything from the possibility of a Kinsey series movie adaption to why she became a writer.

Sue Grafton is a multimillion best-selling author known for writing crime novels, specifically the ‘alphabet series’ starring private investigator, Kinsey Millhone. In her latest book, a collection of short stories of Kinsey’s early days, Sue reveals glimpses into her darker side, personified by a new character, Kit Blue. She talks to Chatelaine about Kinsey and Me: Stories, her biggest accomplishment and the world of writing.

Q: What made you decide to become a writer?

A: I often say that I became a writer because when I put in my application to Sears they never called me back. I’m a writer by default. I think it is in my blood and in my bones. As I was growing up, women could be secretaries, nurses, ballerinas or airline stewardesses and I’m squeamish so there went my nursing career. I [started] writing early in my life as a way of surviving and my way of processing rage, grief and confusion. Now it is just what I do because I love it.

Q: The Kit Blue short stories are very different from the Kinsey narratives. What were you hoping your readers might takeaway from this new protagonist?

A: I thought it would be interesting to lower the veil and reveal some of my inner self. It felt risky and I know there are people who are going to react badly. Many people don’t want to dip into pain and sorrow, but sometimes I think that’s a way to connect with other people. None of it was fictional, absolutely none. I have used different names. But anybody who knows me knows exactly who I’m talking about. Happily, most of the characters are dead now so I can’t be sued.

Q: Are there plans for the Kinsey series to be adapted for the big or small screen?

A: No, because I worked in Hollywood for 15 years and I hate those people. Over the years they’ve written me letters to explain how they can help me. I don’t want their help. I write back one of two things: I would rather roll naked in broken glass than sell you this character, or I would rather have a root canal, which I’ve never had, but I live in horror. You know the minute that character is cast and there is an actress attached, half of my readers will rebel. There is no way Hollywood can capture that character in one face and one body. As a personal service to my readers I will keep her in their imaginations.

Q: What do you believe is your biggest accomplishment?

A: Sitting down at my desk every day is an accomplishment. Someone asked me before if I ever have writer’s block, and the answer is only once a day. Every day of my life I’m pushing the same boulder up the hill. And so my accomplishment, aside from my wonderful children and grandchildren, and a marriage that’s lasted 35 years, is staying with the work on the days when I’m stupid. I maintain that one day out of 30 I’m really smart, but I don’t know which day it’s going to be so I have to sit here for 29 days waiting for the one where I’m going to suddenly understand what I’m doing.

Q: What do you do in your spare time?

A: I knit and walk and read. Sometimes my husband and I cook. I like good chardonnay and I drink a much higher quality than Miss Millhone does. I am a person of quiet pursuits. I don’t do anything dangerous, I would never skydive, I don’t even ski. The risks I take in this world are all on the printed page.

Q: What’s the weirdest thing that’s ever happened to you as a result of your fame?

A: At my house in Kentucky this fellow came up to my property looking for me, claiming he was my son. Now I have a son, but this wasn’t him. So the gal who was doing the gardening said, “I have met Sue Grafton’s son and I don’t think it’s you.” And he said, “Oh she wouldn’t have told you about me.” So we now have patrols going through there at random intervals.

Q: Do you have any advice for people wanting to write mystery novels?

A: I do! For one thing the mystery novel is a very elegant, delicate, highly structured form. You need to know how to plot, how to structure a story, you need to understand how to make a character work. People who start writing and think they can start with the mystery novel are often defeated before they put that first word on the page. So my advice is to learn your craft with mainstream fiction, where you’re not as stringently challenged and then come to the mystery when you’ve acquired some of the proficiencies that you need. 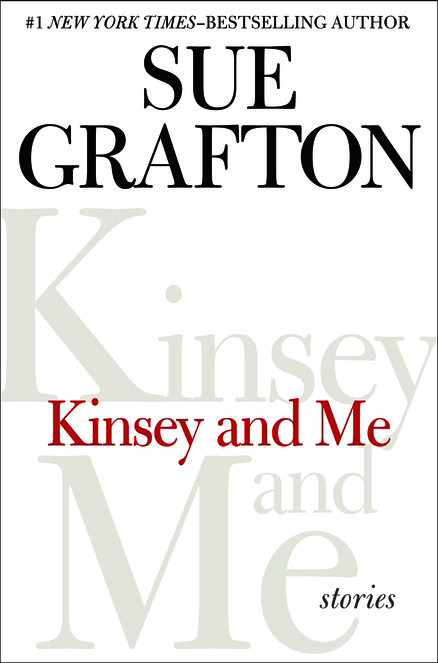