What every wannabe writer needs to know

Kate Atkinson, author of Life After Life, on what it takes to be a writer — and how not everyone can do it. 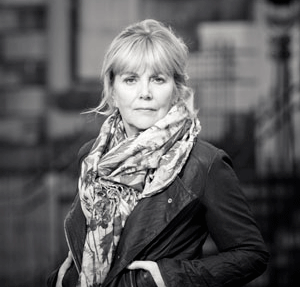 Q: Did you always know you were going to be a writer?

A: No. I remember doing an event years ago and being asked that. I said, “I never thought about writing until I was in my 30s.” And someone brandished a copy of a school magazine from 1964 and said “You’ve got a poem in this!” And I did! I said, “It’s the only poem I’ve ever written.” But I liked writing essays and my doctorate — that was creative to me. The best thing I ever wrote was when my second daughter was still a baby, and that was a sort-of story. But I think I started writing so long ago that I wasn’t aware of actually creating. The first thing I had published was in the mid ’80s when I won the Women’s National Story competition.

Q: Of course, and how could it not? You’re right.

A: It’s coming from your mind, you know? Your mind is you. It’s tricky to explain to people. There’s that whole idea that everyone has a novel in them. I have a character at one point who says, “And maybe that’s where it should stay, inside them.” Because people don’t think, “I could be an opera singer.” They don’t think, “I could be an artist,” or “I could be a sculptor.” But they do think “I could be a writer,” because we can do writing, we do it every day. But fiction is a construct. It’s an artifact. It’s an art. It’s not just, “Oh, woe is me, this is how I feel, I’m making these people up.” It’s something you labour in putting together, and that’s maybe what people forget. It’s not a stream of consciousness, it’s built. It’s quite physical.

Q: It sort of cooks down in your mind, you live with it in your brain.

A: You make it work. I spend lots of time not thinking, “What’s that character going to do next?” but “How do I make this work?” which is a different thing. How do I put it together in a way that makes it into a book? That’s where my fretting comes from. How do I get it to sound right? How do I get it to feel right? That stuff, I don’t think you could teach, necessarily.

Q: The problem solving is kind of yes or no, in terms of whether it works or not. The rest of it is so instinctive, isn’t it? The pacing of a novel, for example; I don’t know how anybody could ever plan that.

A: I don’t plan, because I have learned from years of experience. I think “I’m going do this,” and the minute I write the first sentence, everything changes. Writing now for me is much more an act of trust. It’s a kind of belief system, which I never used to have. It might not work that way for other people, they probably have lots of notes and index cards and wall plans, but I know I have to trust that process. But that’s interesting to me, because I’d be really bored if I knew what was going to happen all the way through. I always know how I want it to feel — for me, and for the reader. And even that I can’t describe. But I know, usually at the beginning and the end. And that little bit is the bit that’s interesting, both for the content, what you’re writing about, and for that “How do I make it work?”

Q: You know the beginning and the end, so is it almost as if you have the full circle to begin with, and you’re just filling in?

A: Yeah, filling in. It’s enormously satisfying when you get to the end and it’s what you thought it was going to be, because you can’t believe that would be true. You presume you’re going to end up in a different place. To actually get to that place, and for it to work, is enormously satisfying. It’s a huge relief when you finish a book. The pain of writing, because — I find it actually quite hard — if you’ve done what you intended to do. The relief is phenomenal. You’ve solved the puzzle — because it does seem like a puzzle. There’s always a point about a third of the way through when I say, “This is never going to work, I can’t do this.” The good feeling of finishing is the payoff. You know you’ve done something that’s not ephemeral, it’s now going to become an object that’s going to exist in the world, outside of you.

Q: Do you have a structured routine?

A: No. I used to be much more, “I’ve got to get up and start writing.” That was more the fear about not getting a book done. But I decided to take a more relaxed attitude to writing when I hit 60 and all my friends started retiring, and I thought, “I’m never going to retire.” So now I think, “I could start writing now, I could start in a couple of hours.” I take the days as they appear and try to make the best of them. I don’t think I’m writing as fast as I used to, but I think I’m writing better.

A: I am a more efficient writer. I was conscious I was an inefficient writer, and I really tried to do something about that, because nobody else can help you with that.

Q: It’s what you said about the throwing the personal stuff out first: In the same way, you have to write your way to a point where you’re not putting on so much pressure. Because that must be quite stifling creatively, no?

A: I do think it’s difficult when you put pressure on yourself to write. You have to let it come naturally, and that’s that one whole sentence after another thing. It’s that, “OK, I’ve done it before, I can do it again,” really, is my writing philosophy. But writing’s a strange thing. I never talk to writers. I mean I don’t know that many writers, you know, to sit down and say “How do you write?” It’s an intensely private thing, and reading is also an intensely private act.

Q: Of course, people ask questions because they want to be able to imagine themselves doing it. But it’s not really a case of sitting down at a certain desk at a certain point in time, is it?

A: No, it’s neither. But once you’re locked down into a book, and you’ve started it, all you want is finish. You may enjoy the process and find it interesting, but you know it’s going to be really long, and you’re going to be a hostage to it until you finish. So you do take on a kind of prisoner mentality. I’d be happy, once I start a book, to lock the door, never speak to anyone, wear the same clothes and eat the same food. And I know I’m not alone in this because I’ve heard other people say it. Of course that’s not practical. But you want to stay in there, because being in it is the way it gets written. It doesn’t get written by going back into real life.

Q: I know it’s difficult to say because you live with different books in your mind at the same time, but from the time you sit down and start writing, how many years does one book take?

A: It takes, oh, two years? But how much of that is writing? I mean, you’re thinking while you’re doing other things. Physically at the keyboard? It’s probably something like six months. But it seems to take all that other time. I don’t know, the other time is publicizing the previous book as well. If I was locked in a room, I suspect I could do it really quickly. If someone passed gourmet vegetarian meals through a hatch to me, and I maybe had a cat for company, I think I could do it in a couple of weeks! I always say to my publishers, “If you just put me up in a five-star hotel, this would get done quicker!” and they always go, “Reeaaallly…” 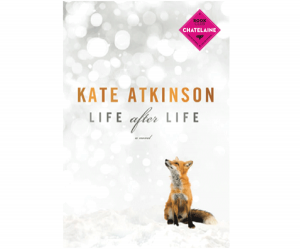