Booker-prize winner Arundhati Roy on friendship, fearlessness and her return to fiction

Twenty years after The God of Small Things, Roy's new novel, The Ministry of Utmost Happiness, serves as a portrait of modern India. 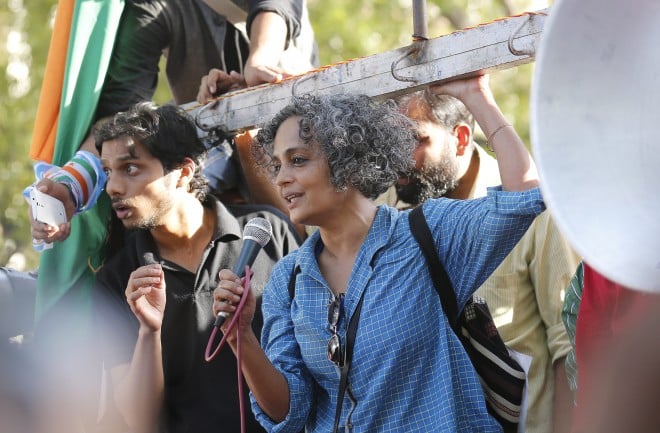 Arundhati Roy is an exceptionally gifted writer, the kind who will send you into a panic about how capitalism is chewing up the environment one moment, then sweep you away from those earthly concerns with whimsical, musical prose the next. It’s been 20 years since she published her Booker-winning debut, The God of Small Things, and her return to fiction, The Ministry of Utmost Happiness, serves as a portrait of modern India — covering everything from the treatment of hijras (trans women), to the rising tide of Hindu nationalism, to the oppressive effects of the caste system, and the brutal campaign against Kashmiri independence.

This breadth is unsurprising, given what Roy has been up two in the last two decades — writing influential political essays and non-fiction books, lending her voice to resistance movements like those in Kashmir and opposing industrial projects that would have devastating environmental effects (her protest of the Narmada mega-dam project earned her a day-long prison sentence). Despite her devotion to political writing, there’s a kind of truth “that only fiction,” she says, can reveal. Chatelaine spoke with Roy about what prompted her to return to fiction, what she thinks about social media activism and how her friendships sustain her. 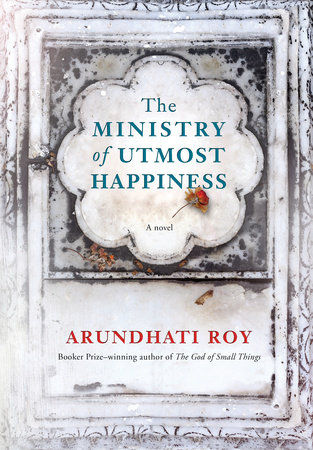 You’ve talked about how difficult the success of your first book made your life as a writer who wanted to stay in India. What did it open up for you?

It opened up so much. First of all, one cannot minimize the economic independence that sometimes is so easy to forget, but it did make me [and] many people economically independent to do their work, make their films. It was delightful when folks said, “Oh, Roy we are rich” and felt a sense of ownership over that success. It does belong to more than just me.

The 20 years of political writing could not have been done without that kind of independence. It gave me spaces to write in which I may not have otherwise had. So I will never minimize [the positive impact of my success], it was just difficult initially because being feted as a writer in a country where so many people can’t even read, being rewarded with royalties in a country where people don’t have much to eat — these things are difficult.

Tell me a little bit about the dedication in The Ministry of Utmost Happiness: “To the unconsoled”

It’s a book about how societies are kind of churning towards a kind of majoritarianism which leaves large numbers of people who count as minorities very, very vulnerable.

So I was thinking about that but truly, it is really almost every human being that is unconsoled in some way, I think. 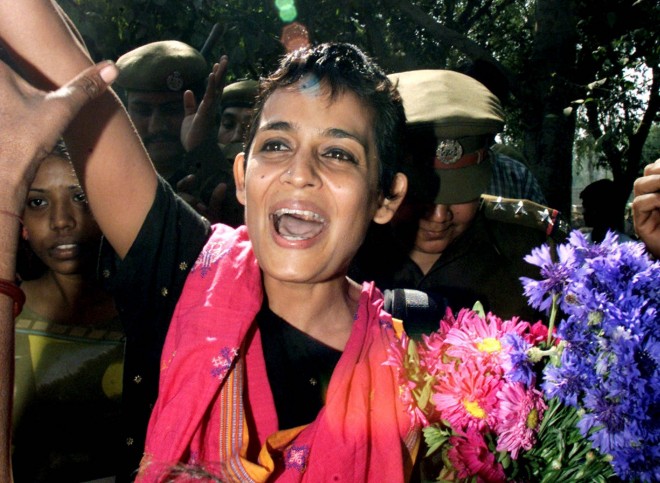 Given the long gap between your novels, there’s probably no simple answer to when you started writing again, but was there a moment when you felt like you had found your next project?

Right through all my wanderings — in the forest, submergent areas of dams, in the secret parts of cities, in Kashmir — when I would write essays there was something building up in me. . . .  The political argument was urgent and necessary but there was a fiction writer all the time present there, especially when I was traveling in Kashmir. The air [was full of] complications and terrors and I knew that you cannot tell that story with reportage and evidence and footnotes and human rights reports. But it isn’t that I was thinking about writing a novel, it was just that these things were building up inside me like a tide.

Maybe the first thing I ever wrote down formally when I realized that yes, there is some big novel brewing here [was after] I was actually out late one night in Jantar Mantar [an epicentre of protest in New Delhi], hanging about with all these various lunatics and a baby appeared and nobody knew what to do with it.

Some critics cast you as overly political or forceful in your prose to make a point, whereas I find you observational. This reminds me of the James Baldwin quote you referenced in the book: “And they would not believe me precisely because they would know what I said was true.” How would you respond to critics who think you’re too political in your fiction?

I do feel like there is this tendency to domesticate fiction and that often shows itself in describing someone like me as a writer and an activist because the definition of a writer has shrunk to such proportions. There was a time when writers were so fiercely political and that didn’t matter — even in Baldwin’s time, even earlier. But now the writer, the entertainer, [is a] person who lives on bestseller lists or goes to literary festivals. So I’m not at all apologetic about being fearless about having big political moments in my book. I would be embarrassed if I was writing a manifesto and I had all these token characters that I was animating. 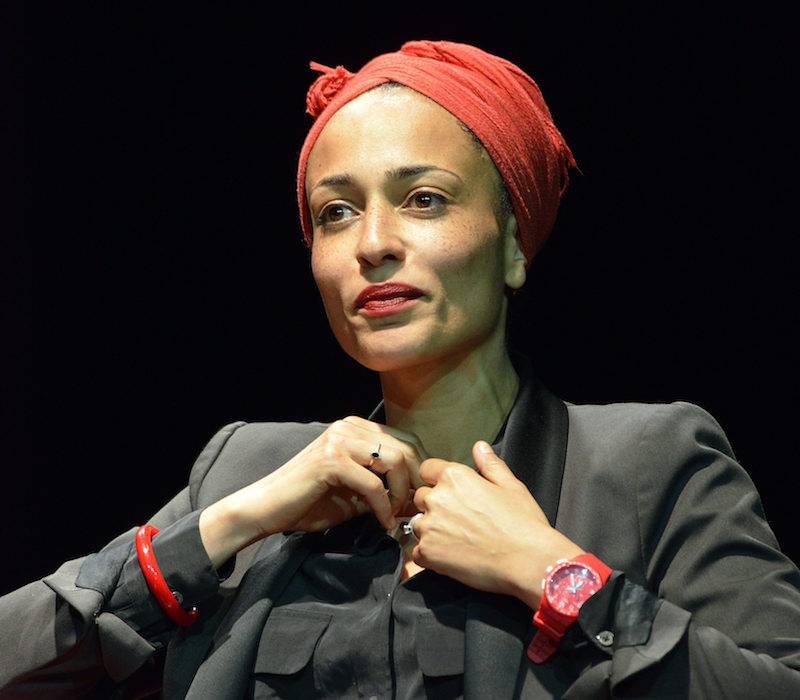 Your book in some ways fights the idea that progress is inevitable, showing all the ways it must be fought for. There’s a great passage about an old man in Jantar Mantar on hunger strike who starts trending on Facebook and Twitter. What do you think about social media activism?

You can’t come to a simple understanding of it. For example, social media allows people in Kashmir to put out their point of view which would never come out in the Indian media. However, that’s because people in Kashmir who are fighting a resistance do contain a middle class that has access to social media. Whereas in the forest where the comrades are fighting, indigenous people, there is no social media at all — they don’t have access to it, they don’t belong to this society, they are being isolated and violated and there’s no social media.

Then the third aspect is that the right-wing government in India, the Hindu nationalists, they have factories where social media is cultivated like a virus, like a poison they have cultivated Whatsapp groups that deliberately put out false rumours … that are leading to huge communities living in absolute terror. So social media is being used by everybody. Of course people with money and access, they use it more. 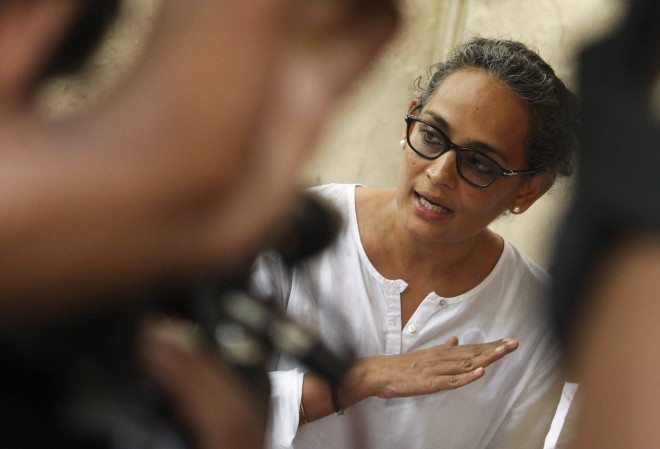 Despite your international stature, you’ve talked about how the state has tried to silence you — in the form of countless court cases and the like. Do you worry about that? Are you worried about the fallout from this book?

I always sort of cringe when people call me fearless or courageous because I think it’s silly to be fearless for one because there’s plenty to fear but you should not be fearful. It’s important to be as tactical as you can and yet and know, there are so many levels at which one has to operate.

I wrote [the book] telling myself write it how you like and put it in a drawer, but don’t write it listening to these people’s voices in your head. Of course once it’s written the writer’s ego does not allow it to sit in a drawer at all. But this is the big one for me — I must say what I think and how I think, there’s no point in putting out some half-baked, tactical, watery thing. 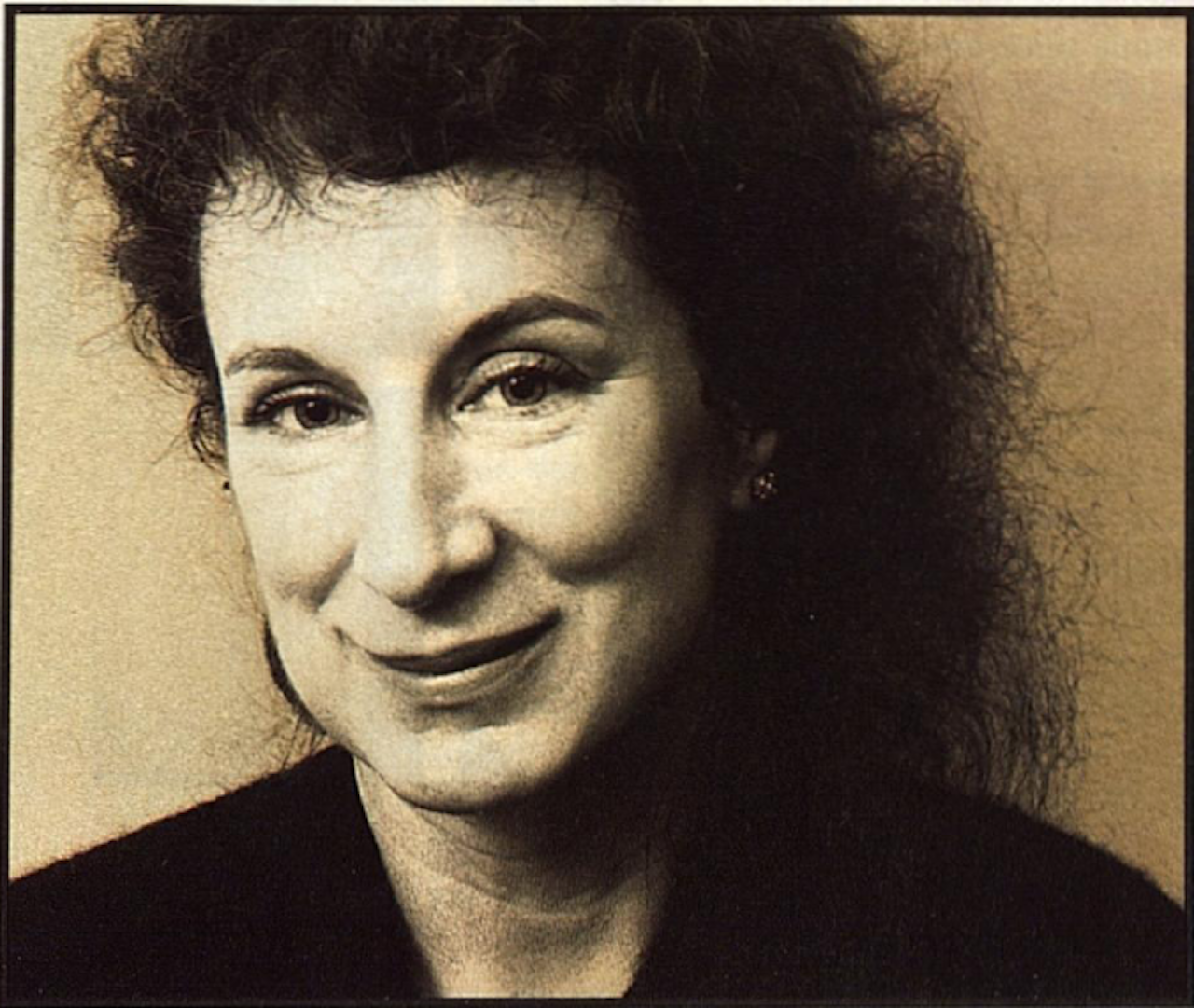 How The Handmaid's Tale turned Margaret Atwood into a superstar

Despite the gravity of the subjects you cover, there’s always a thread of hope in your writing. Where do you find that hope?

I find it very depressing when I’m sitting with only a certain kind of middle class liberal who is completely depressed with what’s happening in India but when you’re actually with people who are doing something about it or fighting what you know to be a losing battle, there’s this kind of graveyard humour. In Kashmir there’s graveyard humour — meaning we can be be sitting laughing while we are under house arrest. It’s just a question of your antenna and what you’re gathering from the air and for me certainly, it can never be one thing or one feeling.

I read an interview you did with Elle India last year and one thing that struck me was when the interviewer asked you if you’re lonely because you live alone — and you said don’t confuse loneliness with living alone. You talked about your enduring friendships. How have your friendships helped sustain you?

My friendships console me. They console me because somehow we live in a place where constantly there’s this balance between freedom and belonging. Especially if you’re an artist of any kind, where you are whimsical, where you can change, where you may not always be the same person. And so I need that. I can very quickly feel suffocated. These friendships are like walking on lily pads.

More:
My new life as a young widow and single mom
The indigenous people I read about as a kid were nothing like me — so I became a writer
‘Mummy, am I white?’ What I’ve learned from raising biracial children