In "The Moment," the Toronto-born Constand writes about facing Cosby in court, befriending other survivors, coming out to her mom and closure. 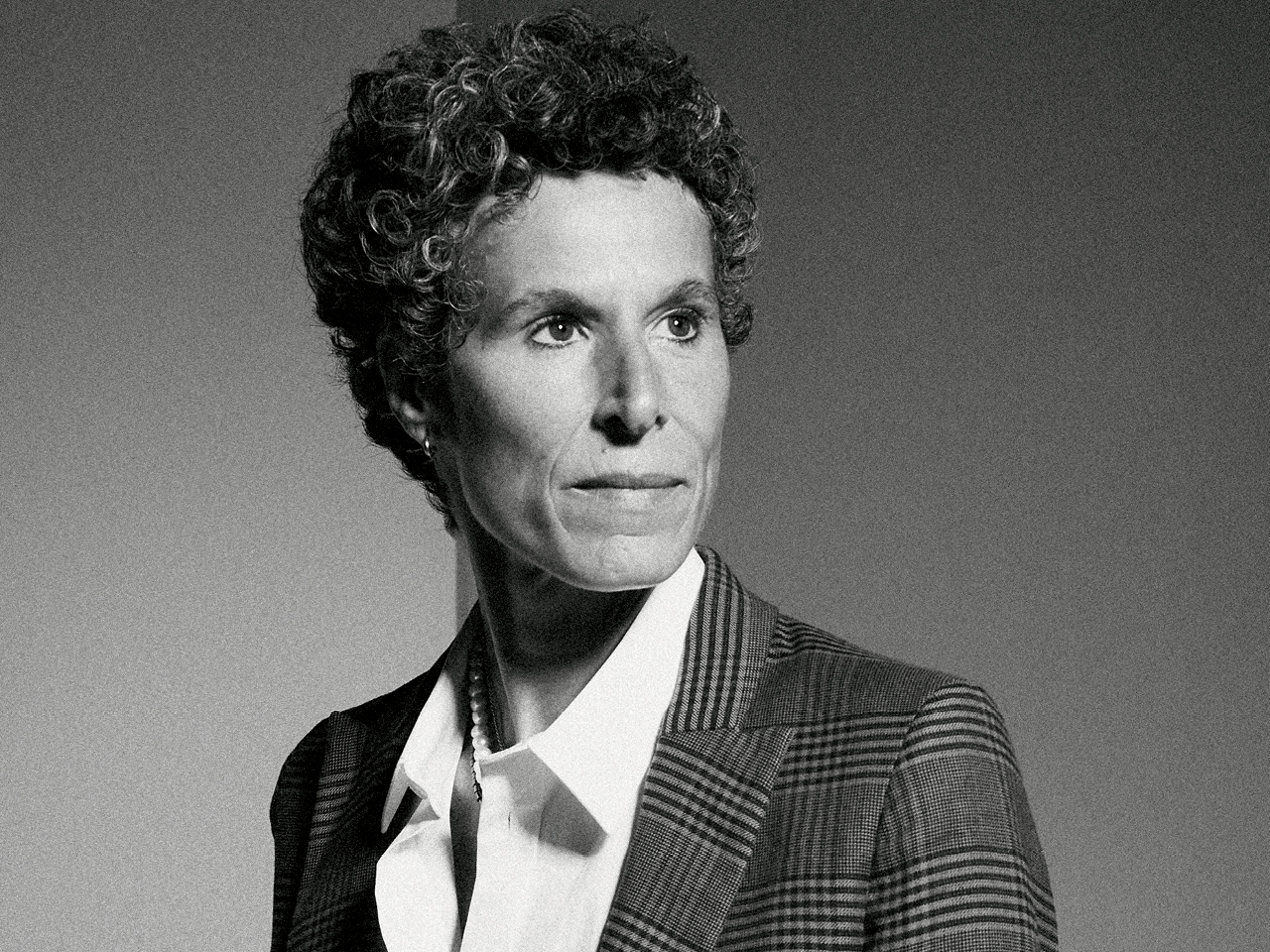 More than 50 women have come forward with allegations of sexual misconduct against Bill Cosby, but only Andrea Constand has seen him answer for his actions in court. America’s formerly beloved TV dad drugged and assaulted her in 2004, when she was working for a university basketball team. In 2018, he was found guilty of three counts of aggravated indecent assault, for which he faced up to 10 years in prison.

His conviction marked the first major legal victory of the #MeToo era. Then, this past June, the verdict was overturned: Pennsylvania’s Supreme Court ruled that a non-prosecution agreement made with Cosby in advance of his testimony during a 2005 civil trial meant that charging him criminally had violated his rights.

“Bill Cosby is not innocent,” tweeted the account of Hope Healing and Transformation, the sexual abuse support organization Constand founded, after his release. In a written statement, Constand emphasized that the decision was based on a “procedural technicality,” thanking other women who had chosen to tell their stories.

Here, the Toronto-born 48-year-old talks to Chatelaine about her new memoir, The Moment, as well as looking back—and moving forward.

The book includes a lot of personal information. Was anything particularly tough to revisit?

I would say that it was more just opening myself up in general. I have been so private for so long, and I have really enjoyed that. Of course, sharing the details of my assault was not easy, but the thing about traumatic events is that they don’t have the same effect over time. I have told the story of the night Bill Cosby raped me at least eight times over the years—to the police, to my lawyers, on the stand in two different trials—and every time it gets a bit easier. There are other things in the book—my childhood, my relationship with my parents, what it was like coming out to my mom—that I have never really shared before, so, in some ways, that was the hardest part.

You said in your victim impact statement that “in order to truly understand the toll of the sexual assault, you have to understand the person I was before it happened.” Tell me about her.

I was born in downtown Toronto to an Italian mother and a Greek father in a very close-knit immigrant family. I was very close to my grandparents and my aunts and uncles, and that gave me a lot of security and confidence as a child. I got into sports really young. I was naturally athletic and spent most of my time playing baseball and basketball with boys. I got a full scholarship to play at the University of Arizona. Nobody in my immediate family had ever been to university, so that was a huge gift. I had a short career playing basketball in Europe and then I got a job at Temple University in Philadelphia. Here I was, this confident, strong young woman heading into her dream job and then, 18 months later . . . .

I was 31 years old when I was assaulted, so it wasn’t like I was a child, but when I look back on myself then, I see innocence, confidence, an easy charm, a free spirit. I was fun loving; I was a straight shooter. I was full of trust in the world and in my own intuition. And then, in one night, everything was ruptured. It’s not that I haven’t been able to get any of that back, but it has taken so much work, and it will never be the same.

Many women made allegations against Cosby, but yours are the only ones that resulted in a trial and a conviction. Was that a lot to carry?

Absolutely. So many of these women said to me, “Dre, you walked the walk because God set it up that way.”

I don’t want to get too philosophical, but I do think that God wouldn’t have given me anything I couldn’t handle. I think I had what it took to stand up to this person in terms of stamina and in terms of having gone through the civil trial in 2005. And, of course, knowing I was representing so many others made me feel a strong sense of obligation. 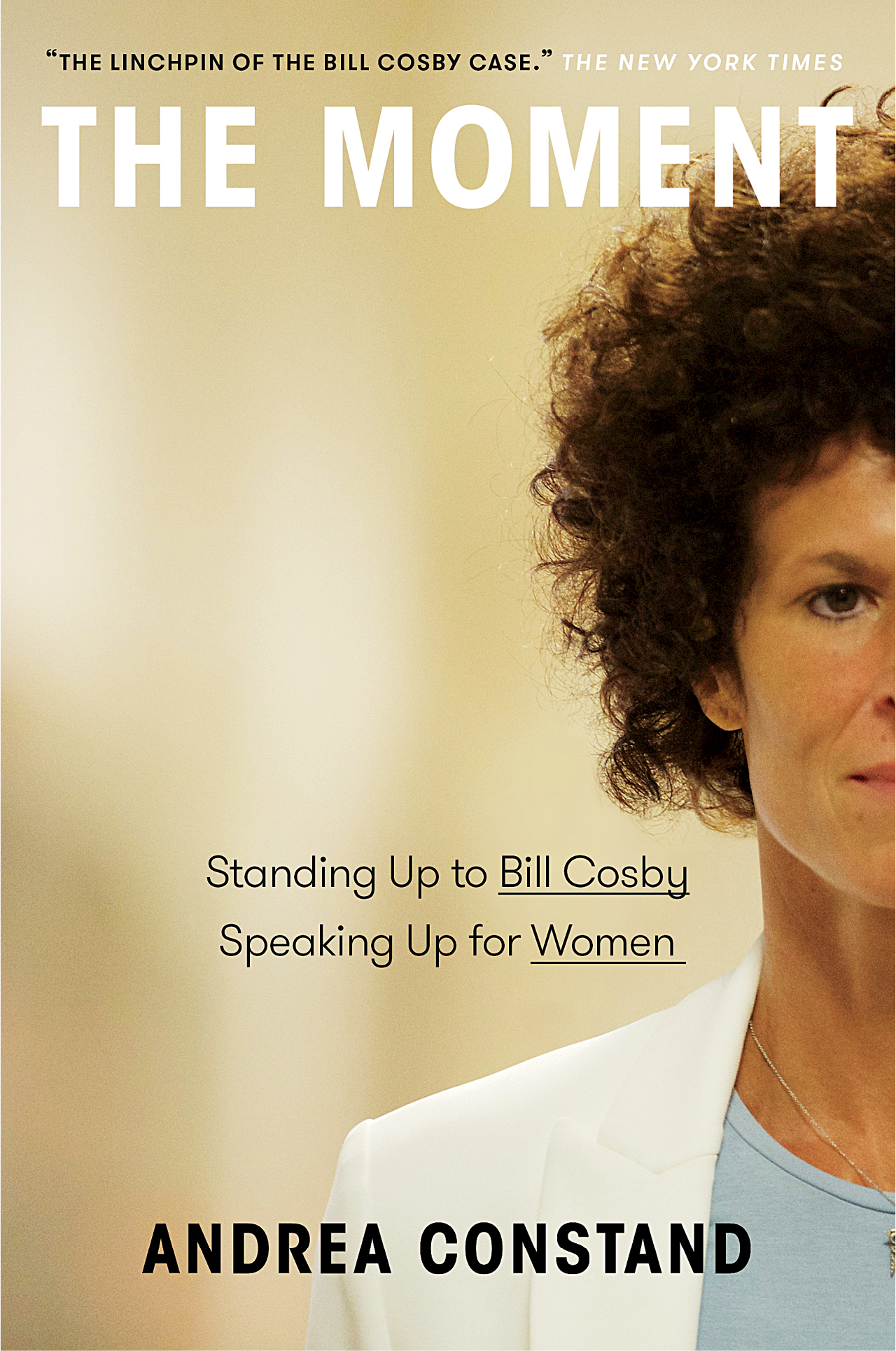 Are you in touch with any of the other survivors?

After the whole thing started up again [after comedian Hannibal Buress openly called Cosby a rapist during a 2014 stand-up set], there were so many women who came forward. I reached out to a bunch of them just saying, “I’m here for you.” I felt it was important to have a kinship with these women who share this unique experience. I think it’s called trauma bonding, and you see it with the Weinstein women and Epstein women. I can’t speak for the others, but for me it has been so important to share our pain and also our victories, of which there have been many. I have made lifelong friends. A bunch of us met up in 2017 after the Women’s March.

A group of Cosby survivors walked together at the march, but you felt it was important to do it on your own. How come?

I didn’t want to be a focus; I didn’t want to be in pictures in the media. I wanted to be anonymous and silent and just be able to soak up all of that energy, which I did. It was a very powerful experience. And then I met up with the other women afterwards.

You point out that Cosby has had plenty of people sharing his narrative for years, so now you have your turn. Is there any particular falsehood about which you most want to set the record straight?

No survivor wants to be called a liar. It is hard enough to come forward, never mind face the ramifications of people who are trying to deny your story and re-victimize you every chance they get. I was portrayed as a liar, a con artist. He’s the con man. They wanted to say I was a gold digger even though I have worked hard my entire life. At the time of the assault, I had an awesome job at Temple University that I never wanted to leave, but things happen.

You’ve been called one of the grandmothers of #MeToo. Is that how you see yourself?

It is a we, not an I. I don’t take credit for anything, but I guess we may have set the stage for the Harvey Weinstein survivors to come forward. At its core, #MeToo is about providing a safe space . . . and maybe we made things a little less scary and a little safer. At the same time, I would go so far as to say that getting that conviction may not have been possible without the progress achieved through #MeToo. I don’t have statistics to back it up, but I think there has been a cultural shift.

Are things better for the victims of sexual assault? On some days it feels like it. On others, a card-carrying pussy grabber almost gets re-elected.

It can be hard to gauge the success of a movement, but I would say that there has been education, and through that education come the kinds of cultural shifts that I was mentioning. In my book, I talk about how the prosecution brought an expert in sexual assault onto the witness stand to explain certain realities to the jury that may have seemed counterintuitive. Things like why survivors may take a long time to come forward, or why they may see their assaulter socially after an attack. I think #MeToo has brought that same education to the broader public.

You mention the trial. How important was it to see Cosby declared guilty in a court of law?

I think it was important for me and for all of the survivors as a moment of vindication. The jury got it right. They evaluated the evidence, they deliberated and they reached the conclusion that they did—and that was everything. It was a huge win for humanity.

In June, the guilty verdict against Cosby was overturned based on a technicality. Does that change anything?

The prosecutors achieved a conviction at trial. My concern is for other survivors out there who might see this as a reason to not come forward. My message to them is to not be discouraged—share your story, tell your truth. We have come too far to look backwards. 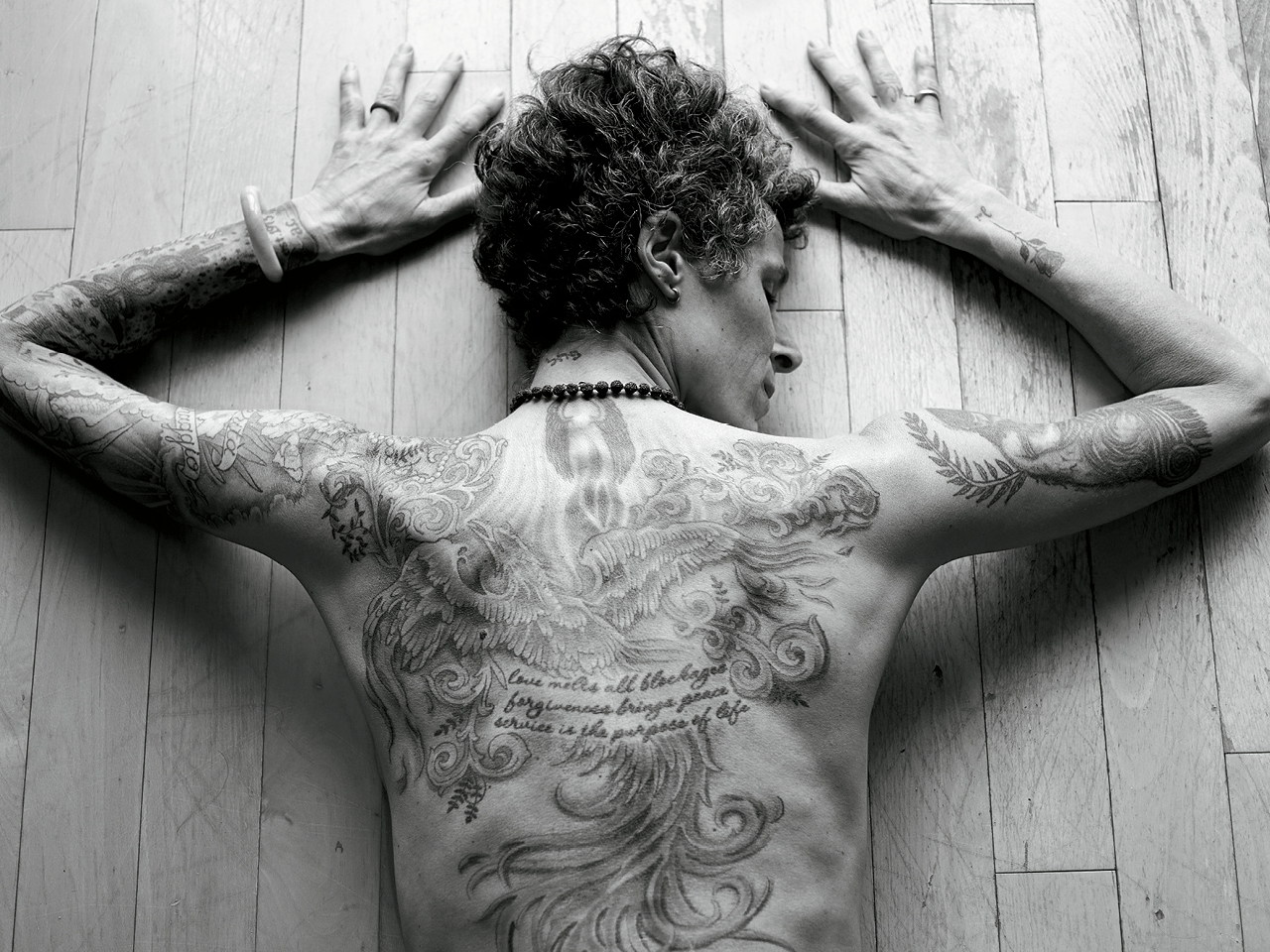 Constand began sitting for this phoenix rising tattoo in the spring of 2017. “It was emblematic of the strength and perseverance I needed to rise above the difficulties and trauma I was experiencing. It also represented a desire to ‘rise from the ashes’ of my painful journey to healing,” she says. “It was completed around the sentencing, when I sat for the final touches.” (Photograph: Roger Cullman)

In the past you’ve said that you forgive Cosby. Do you still feel that way?

The answer is pretty simple. You can forgive somebody, but you never forget. I think people may have different definitions of forgiveness. For me, it’s about the journey to finding peace. When I forgive, it’s not my burden anymore—so it’s about me, not him.

My goal is to move forwards, not backwards. I will never go back into his world, which means every day I challenge myself to follow the light. It’s not easy. It requires mindfulness: I do my meditation every day, I surround myself with positivity and positive people. I have a list of affirmations that I can look at if I feel my mind slipping into a dark place. I don’t know if that’s closure. I think maybe it’s more complicated. Chapters open, chapters close.

What are you hoping for in your next chapter?

I want to empower the next generation of survivors and help them get through the pain and the darkness. I hope my story serves as a symbol of hope.

Andrea Constand’s memoir, The Moment, is out September 7.